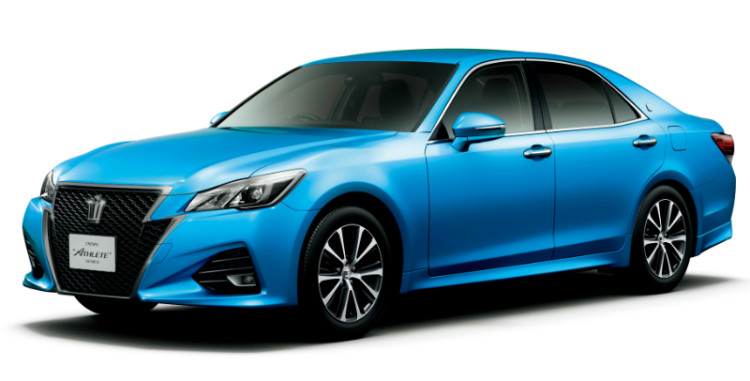 Toyota is hoping that the updated Crown model will now appeal more to younger buyers. The Crown Royal variant, for instance, has a thicker and lower front bumper to lend the saloon a more athletic stance, while the cabin can be specified with black and brown upholstery for a more “youthful” appearance.

Even more eye-catching, on the other hand, is the Crown Athlete (above), which has an arrowhead-shaped grille and is available in a striking Pure Blue Metallic finish. The Athlete is also the first Crown model to be equipped with the carmaker’s turbocharged 2-litre motor, which is paired to an 8-speed automatic gearbox. 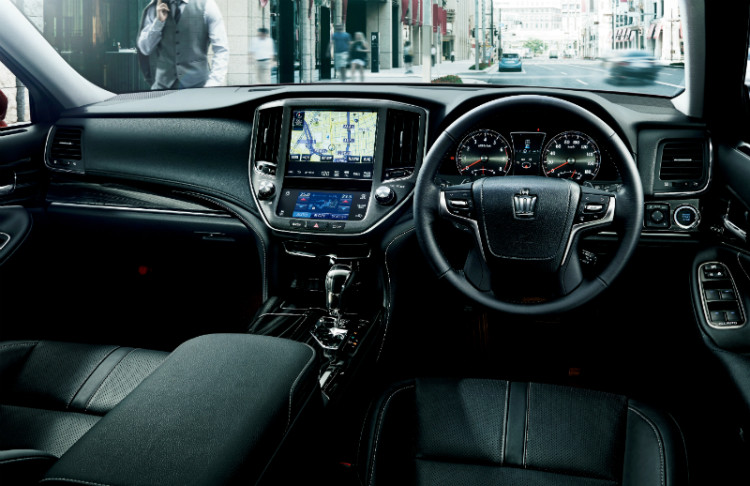 This car can also be optionally equipped with ITS Connect, which enables wireless vehicle-to-vehicle and vehicle-to-infrastructure communications to reduce the risk of accidents. This technology, however, isn’t being employed in Singapore yet.

At press time, official Toyota agent Borneo Motors has no plans to bring back the Crown, which left its local model lineup four years ago.