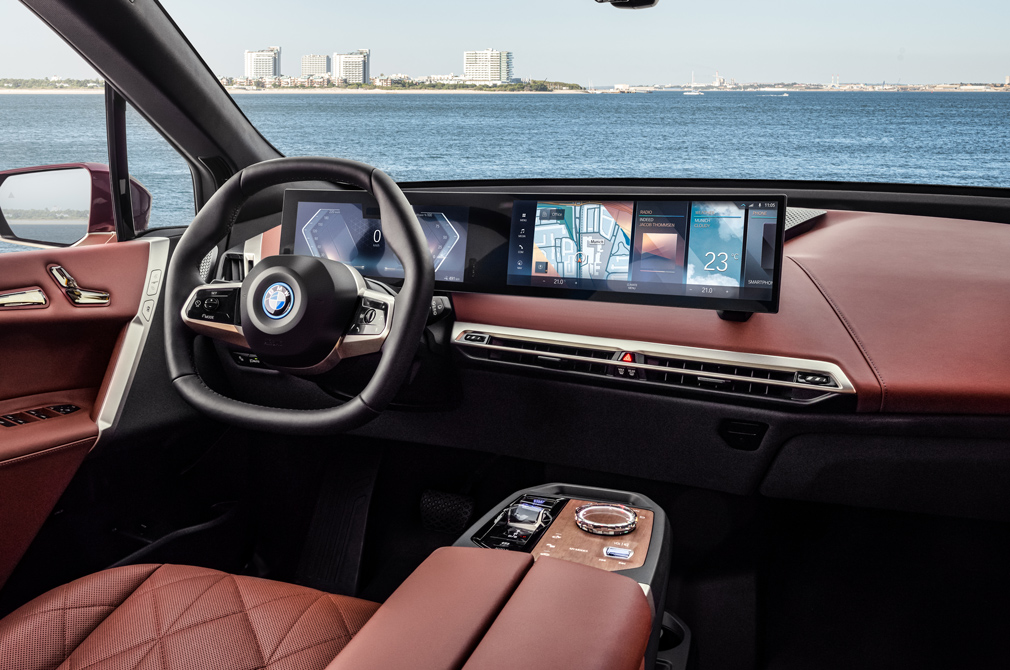 BMW iDrive in the iX.

BMW has unveiled its next-generation iDrive system, which will make its debut in the pure electric iX SUV model.

Powered by the new BMW Operating System 8, the all-new iDrive will work around the principle of “Act, Locate and Inform”.

When BMW launched iDrive two decades ago, its purpose was to simplify vehicle functions and make them easier to operate by centralising them.

Back then, this was the role of the system, screen and controller.

With each new iteration, iDrive became smarter and more intuitive. The system’s connectivity was also upgraded.

In addition to all these, the latest iDrive aims to “take the interaction between driver and vehicle into a digital future.” The vehicle can then serve as a digital, intelligent, and proactive partner in any situation, while being engaging on an emotional level. 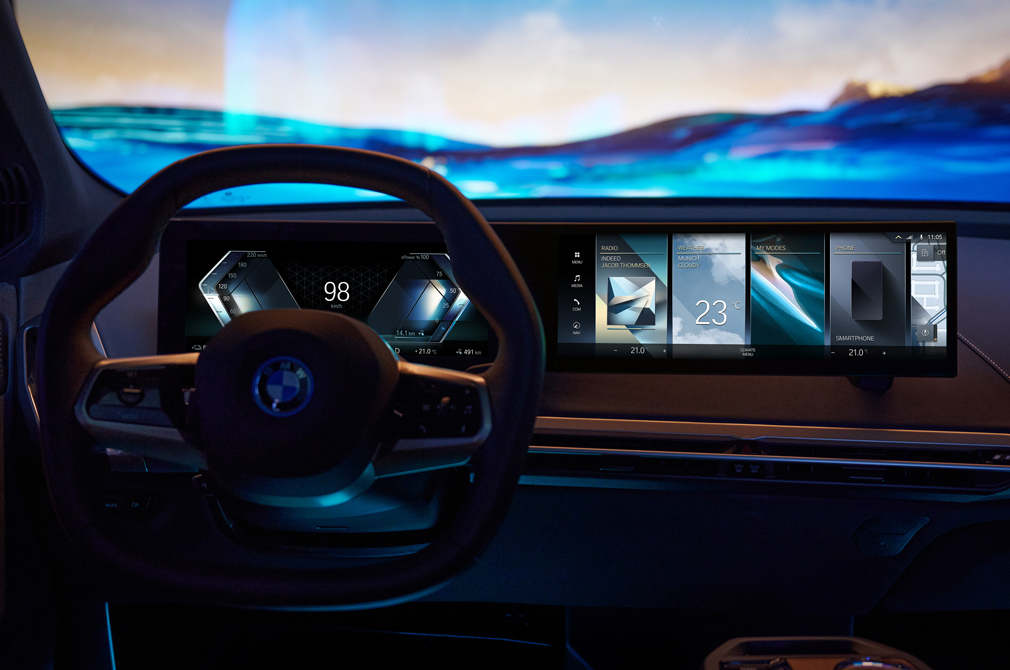 The centrepiece of the new iDrive is the BMW Curved Display, which groups the 12.3-inch information display and 14.9-inch control display together.

The latest iDrive utilises bold and eye-catching colours, graphics, textures and forms. All displays have a 200ppi resolution.

Built in line with its “Act, Locate and Inform” principle, the interface is optimised to present just the right amount of information at the right time.

The two-axis operating system enables vertical list navigation with the rotating key, as well as toggling between menus by tilting horizontally.

BMW iDrive lets the driver switch between three layout types and various different widgets according to personal preference or the current driving situation.

The three layouts are: Drive, Focus and Gallery. In Drive, drivers can use a dynamically changing area to show individually selectable information. Focus, which is designed for more dynamic driving situations, only displays the most pertinent information. 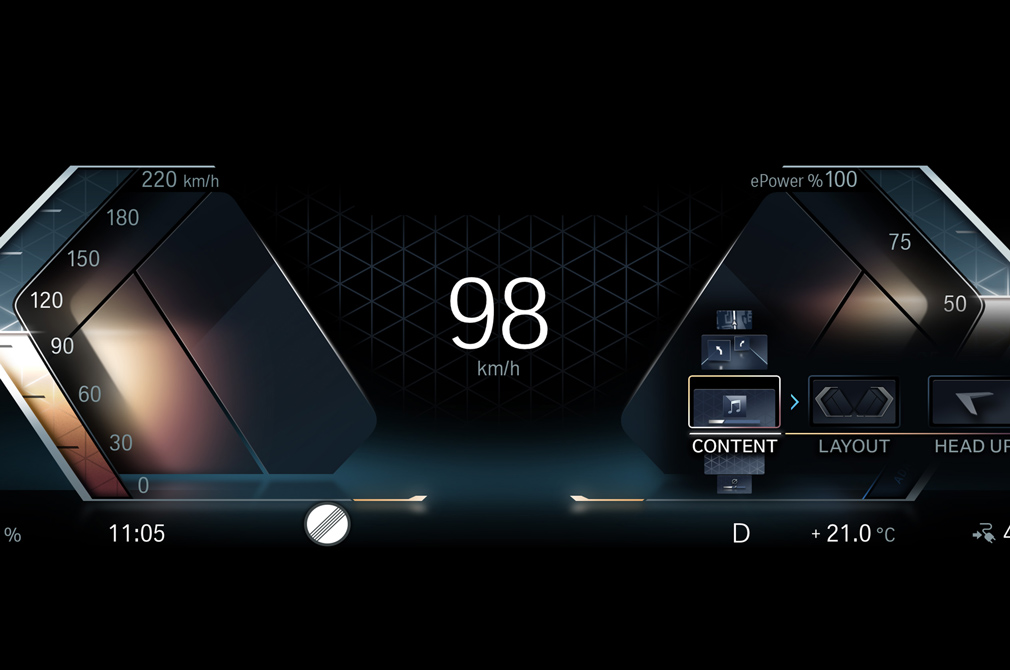 Meanwhile, the Gallery layout minimises the driving information view to maximise the room for widget content. Drivers can choose the widgets and the order they are displayed.

For example, information on the media source currently being accessed, the map display or the interventions and action prompts of the
driver assistance systems are presented in even greater detail.

Colour-coordinated, three-dimensional animations – imbued with light reflections – give each of the three layouts a distinctive character.

BMW iDrive introduces My Modes, a feature that caters to the driver’s personal preferences. My Modes are designed to stimulate multiple senses – from light to hearing to touch.

Each mode can be selected using a voice command or the dedicated button on the centre console.

Initially, My Modes will combine up to ten different vehicle parameters. These include the drive system, steering and chassis settings. The activated configuration will be indicated by specially developed artwork.

The latest BMW iDrive will launch with Efficient, Sport and Personal modes. More modes will be added as part of the system’s ongoing development. 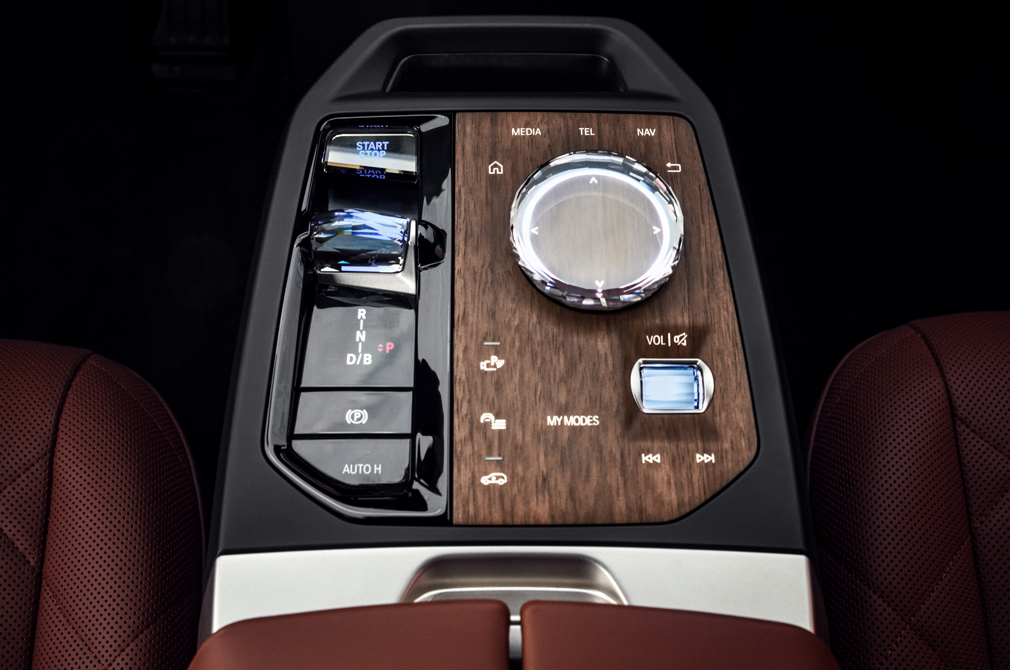 It considers factors such as the number of occupants, where they are sitting, and the direction and intensity of the sunlight.

The climate controls will be incorporated into the BMW Curved Display in future. All temperature and comfort adjustments are to be controlled together, with each further adjustment stored in the BMW ID, saving users from having to make the same adjustments.

The new BMW iDrive lets drivers customise their user experience through BMW ID. To secure user data, a PIN code can be created, or the BMW ID can be associated with a particular key.

When the BMW ID is loaded, the driver receives a personal greeting that includes a customised profile image, which can be uploaded in the My BMW app.

When the BMW ID is activated, the stored settings are immediately adopted. 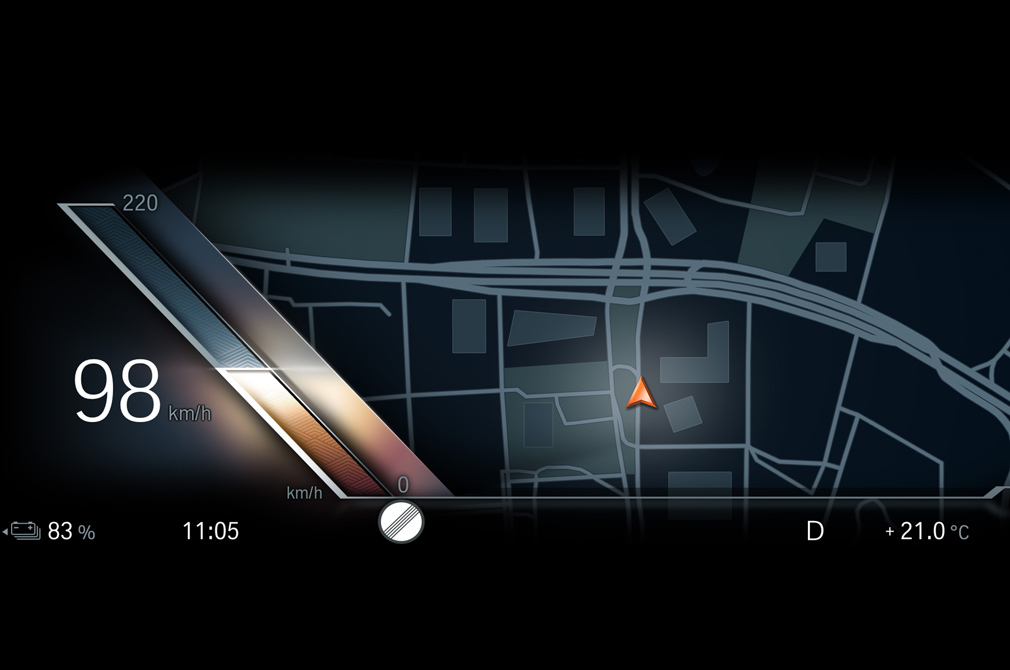 BMW iDrive also introduces “Great Entrance Moments”, the experience from when the user first approaches the car until the drive commences.

Using Ultra-wideband radio technology, the car key or driver’s smartphone lets the vehicle know when the driver is approaching.

When the driver is less than three metres away, the car begins “waking up” and using the exterior lights to produce a dynamic lighting effect. Meanwhile, the system activates a soft and subdued light in the cabin.

The car automatically unlocks itself once the driver is within 1.5 metres of it. When the door is opened, the seat’s entry assistance feature is activated, and the personal settings from the BMW ID are loaded. 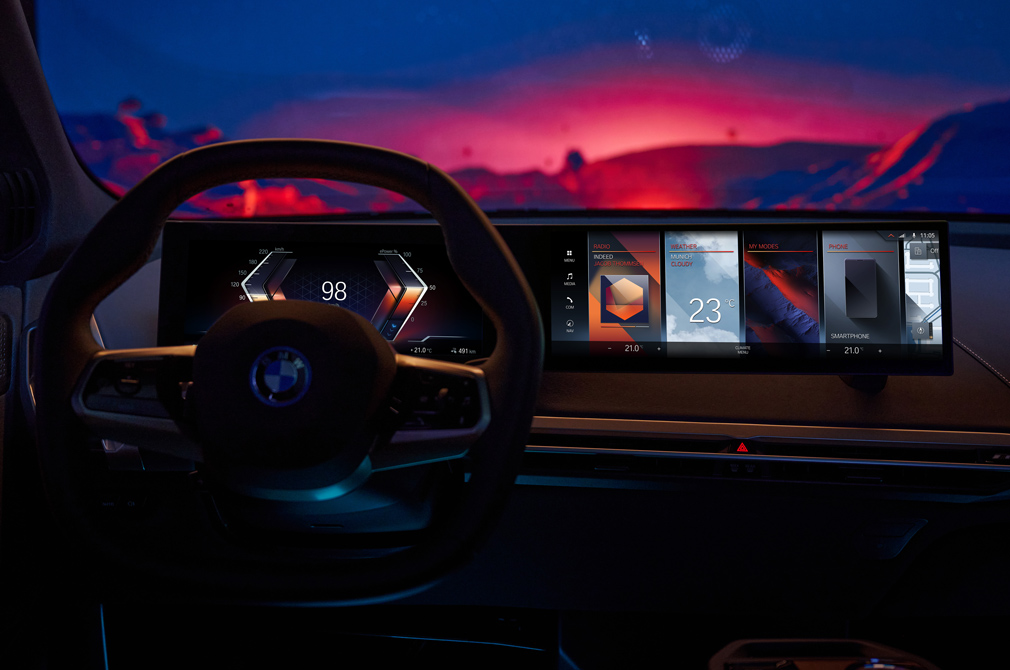 Click here for more information about the BMW iX