Production of the Renault Megane RS Trophy-R is limited to 500 units.

In case you’re wondering what the Megane RS Trophy-R is capable of, it is currently the fastest front-wheel-drive production car around the Nurburgring, with a lap time of 07:45.389. 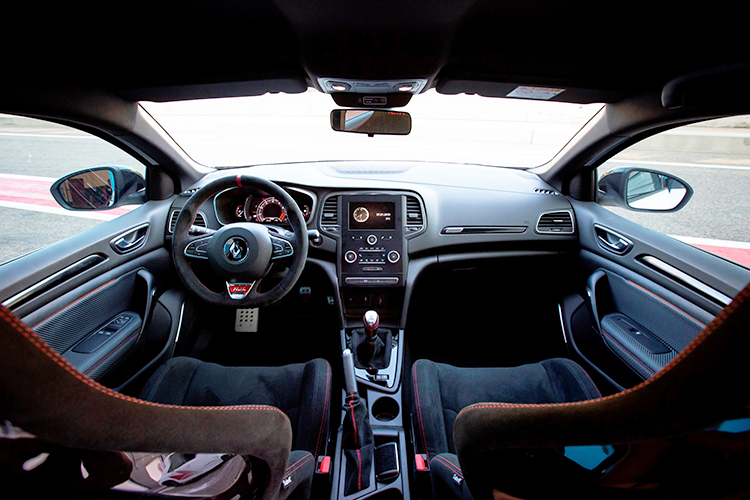 Rather than fetter with the engine to create more power, Renault engineers instead focussed on the hatchback’s handling abilities and putting the vehicle on an extreme weight-loss diet.

The result is that the Megane RS Trophy-R is 130kg lighter than the RS Trophy model.

To shave the unnecessary kilos, engineers swopped the standard bonnet and rear diffuser for carbon composite and carbon fibre components.

Each of the wheels is 2kg lighter than the ones on the Megane RS Trophy. The rear and side windows have thinner glazing, and the rear wiper has been removed from the back windscreen.

The Megane RS Trophy-R also does without a backseat and the heavier dual-clutch gearbox option. Only a 6-speed manual is available. 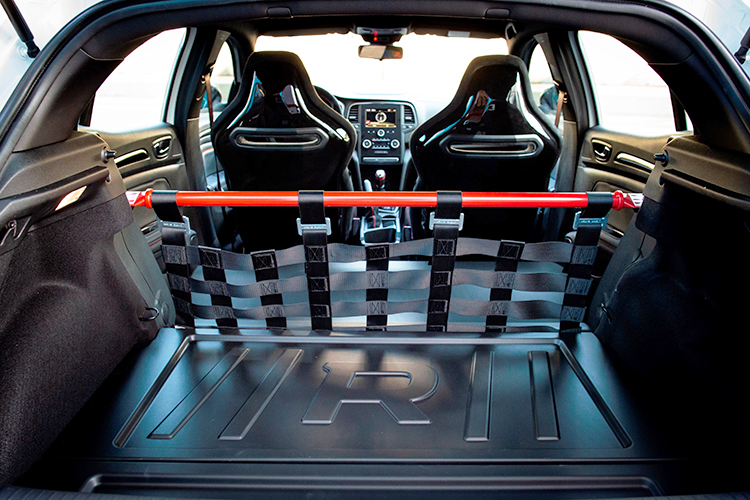 Meanwhile, the Akrapovic titanium exhaust system, which is specially designed for this model, is 6kg lighter than the one of the RS Trophy.

Renault engineers swopped out many of the usual suspension components. There are adjustable Ohlins dampers, more negative camber for the front tyres and a bespoke rear axle.

Said axle no longer has rear-wheel-steering, which eliminates 32kg. There’s also an internal rear strut brace (in place of the rear bench) to further stiffen the bodyshell.

Improvements to braking include larger pistons and the availability of optional carbon-ceramic discs.

WHAT ABOUT ACCELERATION TIMES?

The Megane RS Trophy-R, on the other hand, does it in 5.4 seconds – which is very impressive considering that a manual gearbox’s shift times are slower than a dual-clutch’s. 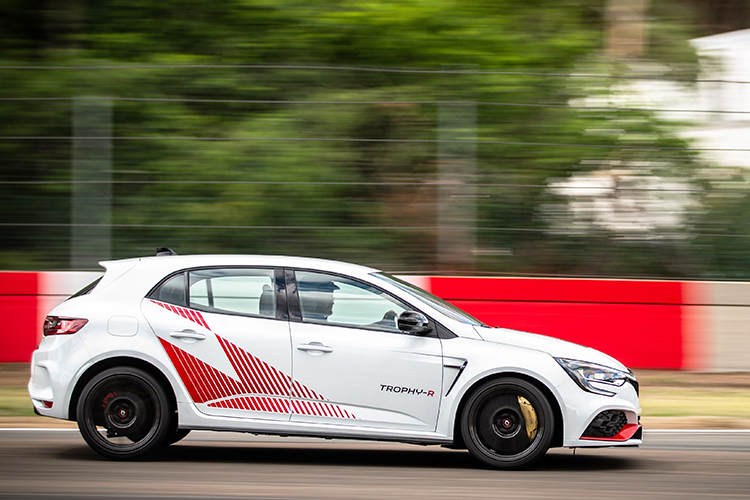 CAN I GET ONE NOW?

Unfortunately not. The car will only enter the market by year-end.

Another obstacle is the fact that the Renault Megane RS Trophy-R is a limited-production model. Only 500 will be produced.

So if you want one, you’d best start bugging Renault Singapore to try and chope one asap.