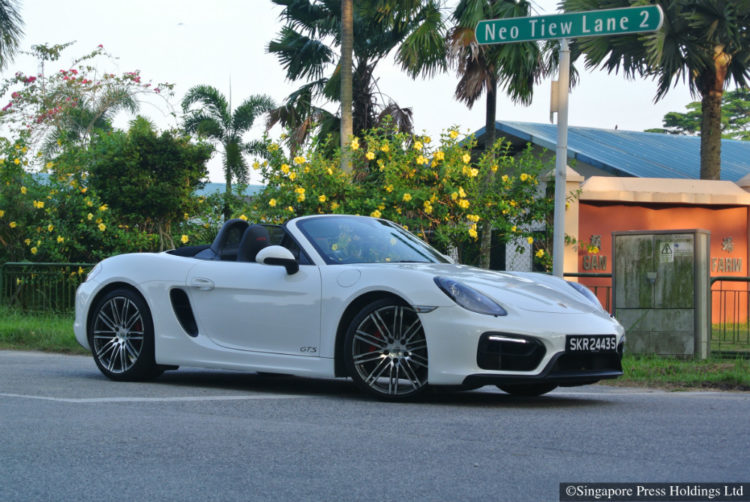 At least one car rental company offering luxury car rental is seeing a near-sweep of vehicles such as Porsches, Volvos and Audi sports cars for the upcoming Chinese New Year period.

The vehicles, which can cost more than $4000 for seven days’ rental, are rented as “good omens”, Lianhe Wanbao reported.

Managing director of luxury car rental company Ace Drive, Mr Jesse Tan, told Wanbao that some 100 cars it has for rental have nearly all been booked this year, even before the company put up advertisements for the Chinese New Year period.

The vehicles it has in its fleet include BMWs, Audis, Mercedes-Benz models as well as a Maserati worth about $3.6 million and a $5-million Porsche.

It costs from more than $1000 to more than $4000 to rent a vehicle for a week during the Chinese New Year period, the first day of which falls on Jan 28 this year. Chinese New Year is a peak rental period as families visit relatives over the holiday.

Mr Tan told Wanbao: “Many of those who rent luxury cars from us are frequent customers. Some of them rent luxury cars or sports cars to drive their families during visiting, to ‘pamper themselves’. Others do it to host overseas relatives who visit during Chinese New Year.”

Engineer Wang Zhengde, 30, who is renting a sports car for the first time this year, told Wanbao that renting the vehicle was a realisation of his dream of owning a car, and also a good omen.

“I have been saving up to buy a car, but I just can’t afford it,” Mr Wang said. “So, this time I decided to spend $2000 to $3000 to rent my dream car for visiting. Hopefully it will liven up the festive spirit and maybe I can fulfill my dream of owning a car in the new year.”

A regular customer who did not give his name told Wanbao that he used to drive a Mercedes-Benz, but had to sell it as his business was not doing well.

“But I did not want to lose face in front of my relatives so I started renting a luxury car for Chinese New Year visiting,” he said.

Mr Zeng Zhiwei, a manager at another rental company Dream Car Rental, told Wanbao that the firm has kept prices the same as last year, as they did not wish to lose customers in this bleak economy.

He added that customers this year are price-sensitive and are choosing the cheapest car rental sets.