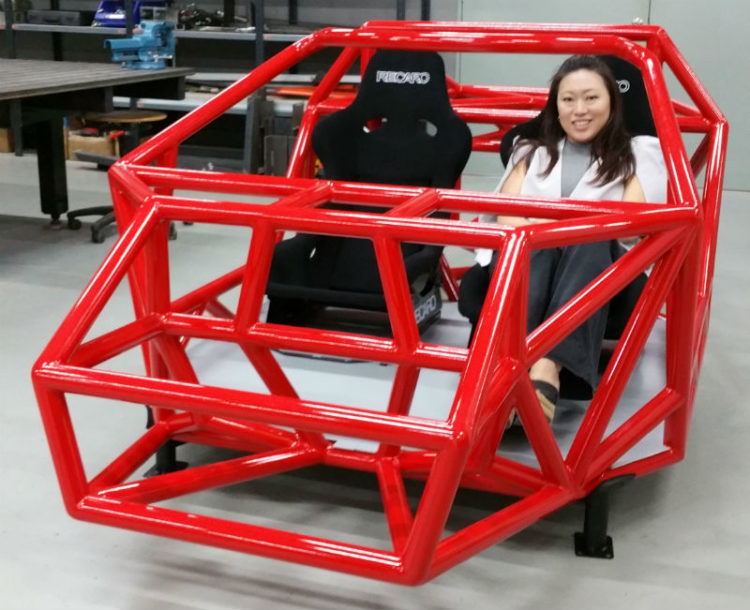 Singapore’s first supercar will make its debut at the Geneva Motor Show in March next year.

To be built by Williams in Oxford, the United Kingdom, the car will go into production 18 months after the Geneva show, according to Vanda Electrics chief executive Larissa Tan.

Some changes have been made to the car since it was first announced in February. The final product is not as curvaceous or as long as the initial concept.

Instead, it sports an edgier design, with aerodynamic elements which accentuate the wheels, and the passenger cell “floating” in the middle.

The Straits Times had a sneak peek of the computer renditions, but was not allowed to reproduce them ahead of the Geneva show.

The Dendrobium – named after an orchid because of the way its doors and roof open for easy access – will have a steel or carbon fibre frame.

Aluminium, which was announced earlier, is not economically feasible for such a low-volume car, the company says.

Vanda would not reveal specs, but the car is expected to hit 100km/h in under three seconds and a top speed in excess of 250km/h. 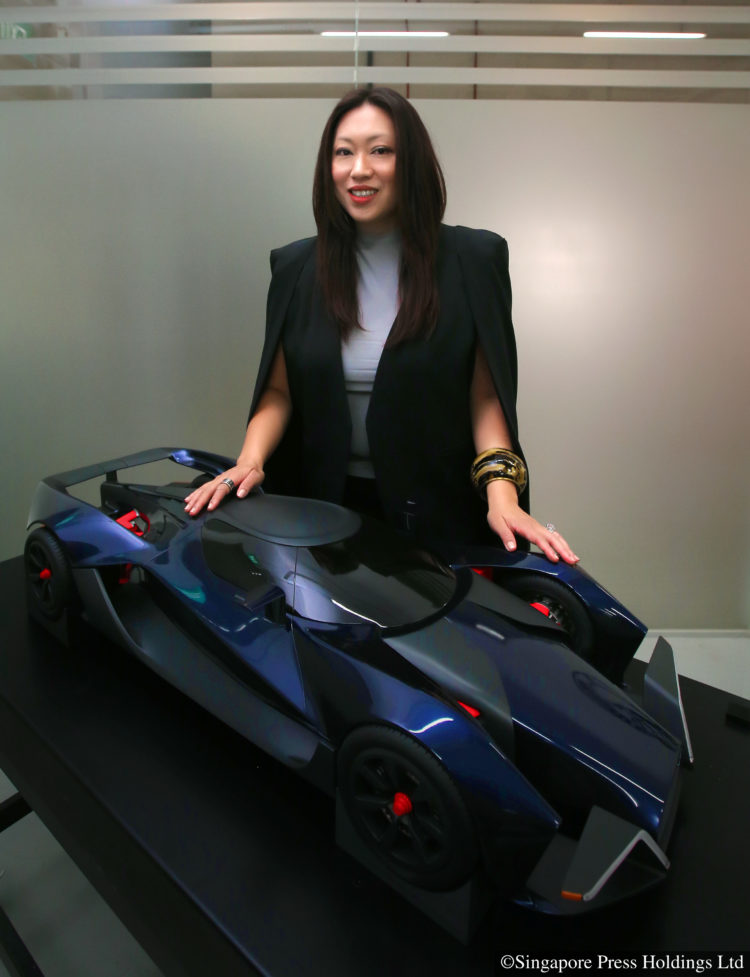 It will have a range of about 320km/h on a single charge.

Ms Tan says the next car has already been conceptualised. It will be a roadster that harks back to the classic styling of the 1950s.

She says car manufacturing in that era was characterised by innovation and change.

“The time has come again,” she says. “Everyone’s looking at electric cars now. We’re on the cusp of change.”

She says Vanda – which has about 20 employees and is backed by private investors – is not “re-inventing the wheel”. Rather, “we’re good at innovating, packaging and marketing”.

The two supercars are, however, lighthouse projects to bring attention to Vanda’s bread-and-butter electric mobility products.

Two are already ready for the market. One is a light truck with a swoppable chassis, battery packs for various ranges and a payload tracking system. It will be made in China and targeted at markets such as Australia and Indochina, with a proposed price tag of below US$30,000 (S$41,538).

The other is a single-seat e-scooter targeted for densely built-up cities. A distributor has been appointed in Japan for the two-wheeler, which will sell for about US$3000.

The low-slung Dendrobium (standing no more than 1.2m), however, will be pricier.

Ms Tan would not reveal exact figures, but says it will be “in the millions”.