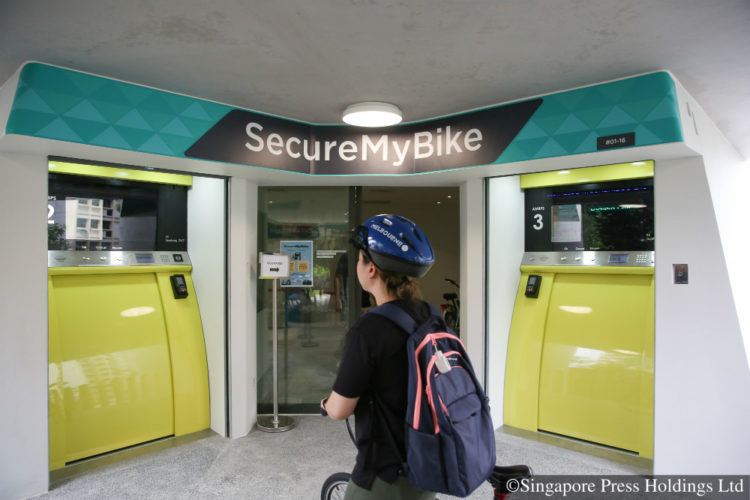 Cyclists in Admiralty now have a safe and weatherproof option for parking their two-wheelers, with Singapore’s first automated underground bicycle parking system launched there on Friday (Jan 5).

Called SecureMyBike, the system, located within the Kampung Admiralty integrated development next to Admiralty MRT station, can house more than 500 bicycles.

Users can choose from one of three kiosks to deposit and retrieve their bikes. They will be able to place one bicycle, along with other cycling gear such as helmets or shoes, into an individual storage cell.

The storage cells are housed in three separate underground cylindrical shafts, which each extend about 10m underground. Each shaft stores 167 bicycles, spread across seven levels.

“The key benefit of the underground parking system is to free up surface space for other uses, but it is costly to set up the system,” an LTA spokesman said.

“Through this trial, LTA will assess the user experience and financial viability of the underground bicycle parking system before determining if we should expand the pilot to other areas,” the spokesman added.

The SecureMyBike system cost about $4.7 million and took about four years to construct.

As it is fully automated, various sensors are installed to ensure its proper use. The system will detect if users exceed the permitted weight limit of 35kg, and a motion sensor also prevents living objects from being put into the cells. 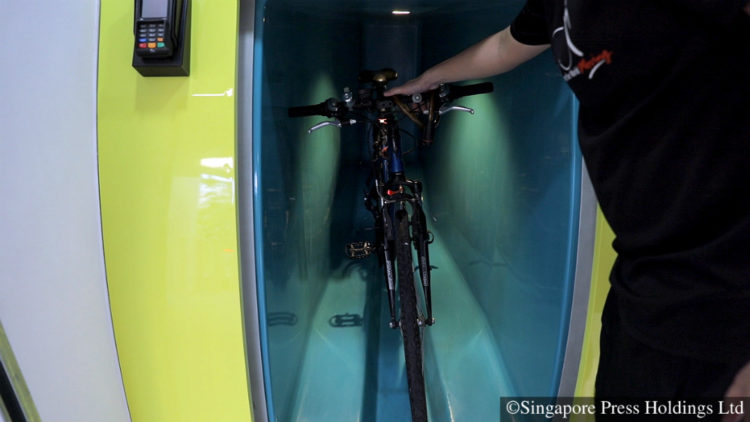 As part of a trial, SecureMyBike will be free to users until Jan 31.

To park at the system, cyclists will have to sign up for an account at one of the self-help registrations kiosks at a SecureMyBike shop, located next to the bike parking kiosks.

Cyclists such as 16-year-old Muhd Khairul Ihsan said: “With this system, I will feel more secure… My bike was stolen in 2012, when I parked at an open bicycle lot.”

But the Institute of Technical Education student said the $48-a-month charge was expensive, adding that he would use the parking facilities if that was the price for a whole year.

Mr Mark Chang, 36, a cook, said: “If my bicycle was an expensive model, I would park it underground.” He said he has been parking his two-wheeler at Admiralty MRT station, and has had no problems with theft or vandalism.

“The bicycle is sometimes lying on the floor when I return, but that is not a big deal,” Mr Chang added.

Madam Anna Lian, 55, a supermarket packer, finds the per-hour pricing reasonable, given that she can have a secure place to store her bicycle for a few hours while she runs errands.

Asked about the charges, LTA said: “The fees are priced to cover the cost of operating and maintaining the system. However, we will consider the demand and take-up of the parking system when making price adjustments in the future. 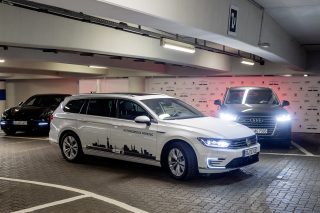