Skoda has unveiled its first teaser images of the Enyaq iV electric SUV.

Skoda says that the Enyaq iV is “emotive, efficient and electrifying”, and that the new model is a pioneering step forward in the Czech carmaker’s electromobility strategy.

The Skoda Enyaq iV is the carmaker’s first production model based on the Volkswagen Group’s modular electric car platform. It will combine brand-typical virtues such as a generous amount of space and an emotive design with fun yet sustainable driving.

A CHOICE OF BATTERY SIZES AND POWER OUTPUTS

Entry-level versions of the Skoda Enyaq iV will utilise a rear motor that drives the rear wheels, while the more powerful versions will feature a second electric motor at the front to power the front wheels.

Highly efficient batteries couple with low rolling resistance tyres and aerodynamics will give the car a competitive range. 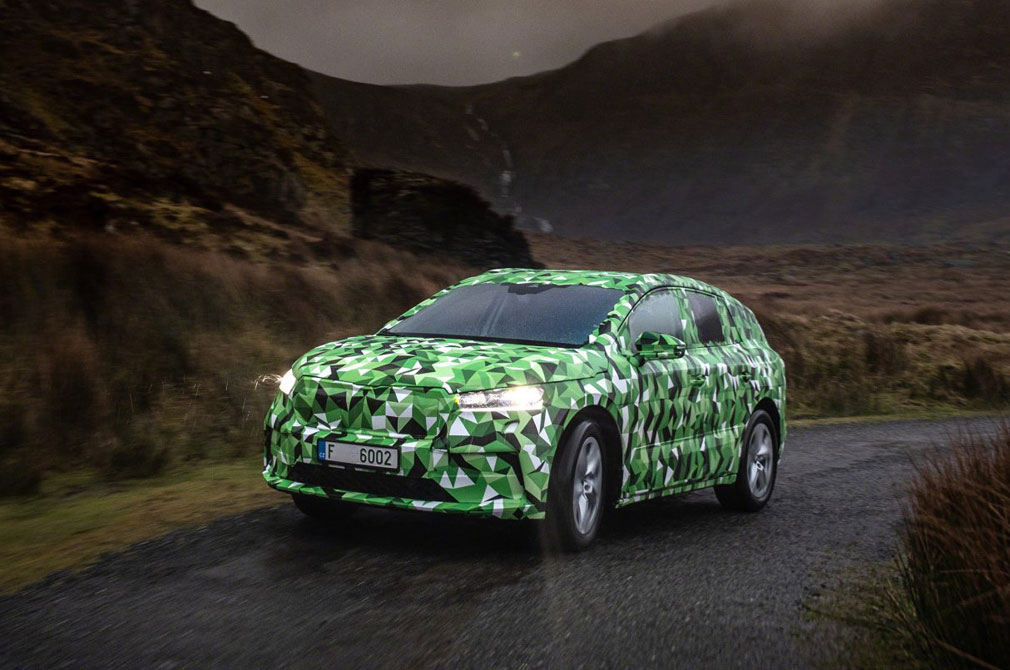 All-wheel drive versions are available for climbing through slippery roads.

The entry-level Skoda Enyaq iV 50 will utilise a 55kWh lithium-ion battery powering a 146bhp electric motor for a maximum range of up to 340km. This increases up to 390km in the 177bhp Enyaq iV 60 fitted with a 62kWh battery.

The rear-wheel-drive Enyaq iV 80 delivers 201bhp and has the highest range of up to 500km based on the World Harmonised Light-duty Vehicles Test Procedure cycle.

Its 82kWh battery is also used by the two versions equipped with a second electric motor and thus all-wheel drive – the 80X and the vRS, which deliver 261bhp and 302bhp respectively.

The top-of-the-range model accelerates from zero to 100km/h in just 6.2 seconds and has a top speed of 180km/h. The maximum range of both all-wheel-drive variants is 460km. 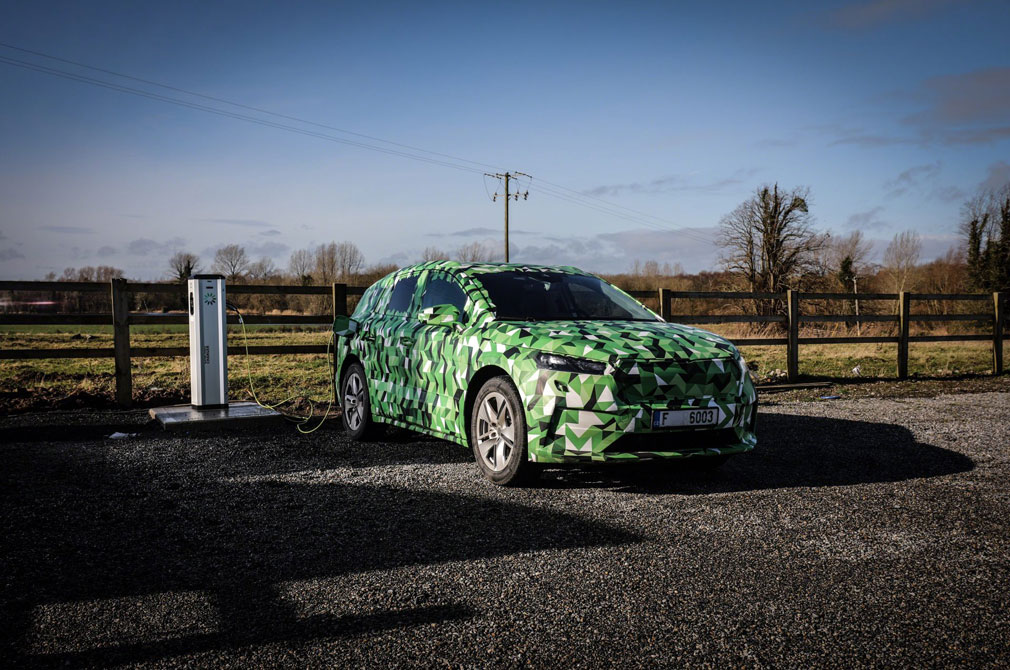 Charging from a DC fast charger will take only 40 minutes with the Skoda Enyaq iV.

Charging the Skoda Enyaq iV with a 11kW charger will take six to eight hours, depending on the size of the battery.

Using a DC fast-charging station with a charging output of 125kW is also possible, with an 80% state-of-charge reached in around 40 minutes.

COMPACT DIMENSIONS, CLEVER USE OF SPACE

The Skoda Enyaq iV is 4648mm long, 1877mm wide and has a height of 1618mm. It has a wheelbase of 2765mm and a boot capacity of 585 litres. The loading sill, which is set low for an SUV, enables effortless loading, even for heavy or bulky items. 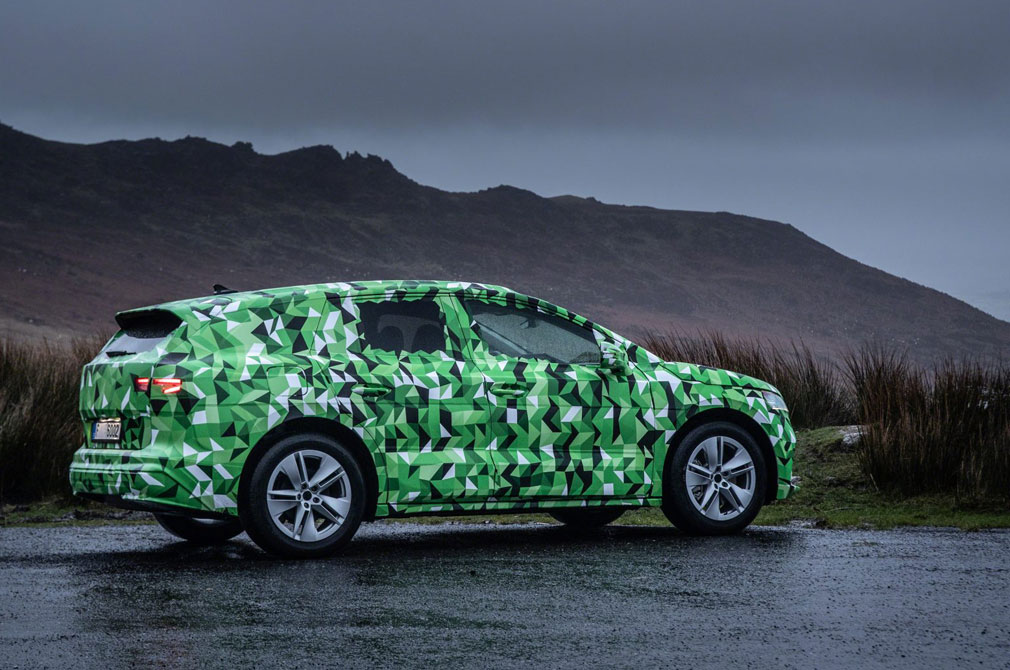 2,765mm wheelbase hides an interior designed to maximise space for passengers and luggage.

Skoda also claims that it was able to arrange the Enyaq iV’s interior in a completely new manner, resulting in even more space for passengers and their luggage despite the car’s compact dimensions.

The cabin of the Soda Enyaq iV will offer state-of-the-art connectivity and infotainment solutions – the driver is shown all of the relevant information via a free-standing, 13.0-inch central display.

Optionally available is a head-up display with augmented reality. A permanent Internet connection will ensure that all information displayed is always up-to-date.

The all-electric SUV is set to be built at Skoda’s main plant in Mlada Boleslav.

Read our review of Skoda’s petrol-powered SUV, the Karoq, here.