Son of Lotus founder once again behind the wheel of a Lotus sports car | Torque
Loading posts... 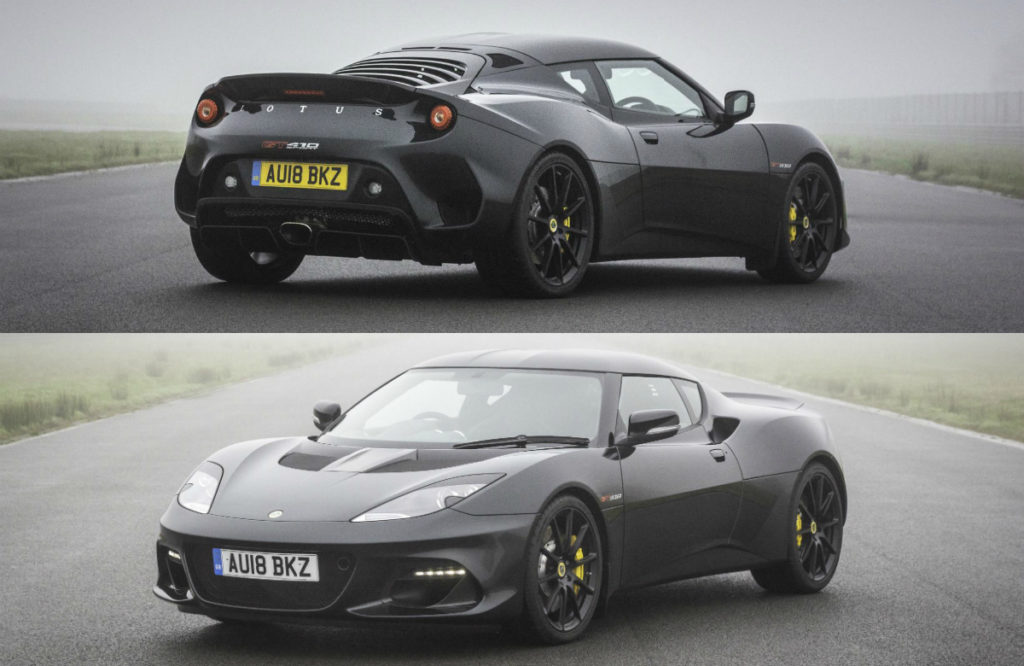 In an anniversary year, Jean-Marc Gales, Group Lotus CEO, has personally delivered the keys to one of Lotus’ most advanced cars to Clive Chapman, son of Lotus founder Colin Chapman.

The stunning new Evora GT410 Sport in Empire Green will travel the UK and Europe with Clive, Director of Classic Team Lotus. Preserving and promoting the history of the famous motorsport team, Clive and the squad run historic Lotus race cars that appear at international motoring events and meets around the world.

Drawn from a process of continual evolution, the phenomenal Evora GT410 Sport incorporates specifically designed composite front and rear body panels and advanced aerodynamics, so that the GT-class coupe generates up to 96kg of downforce, a hike of 50% over the Evora Sport 410 it replaced. The Evora GT410 Sport has become the benchmark among similarly priced rivals.

As with all high-performance Evoras, visible-weave carbon fibre plays a considerable role in the car’s kerb appeal. Standard composite parts include the front access panel, roof panel and a one-piece louvered tailgate with integrated spoiler, as well as the elements within the front air blade system and rear wheel exit ports.

The high-output version of Lotus’ supercharged 3.5-litre 6-cylinder engine, with integrated water-to-air charge cooler, powers the GT410 Sport from 0-60mph in just 3.9 seconds (automatic, or 4 seconds  for the manual), and produces 410hp at 7000rpm and 420Nm of torque from 3500rpm.

As an alternative to Lotus’ slick, 6-speed manual gearbox, with a Torsen-type limited slip differential (LSD), the Evora GT410 Sport can be ordered with an automatic transmission, which is slightly quicker through the gears. The 6-speed auto gearbox utilises an optimised ECU for ultra-fast changes and gear selection is made via lightweight aluminium paddles mounted to the steering wheel.

Jean-Marc Gales, CEO of Group Lotus, said, “With 2018 marking the 70th anniversary of Colin Chapman’s first car, it’s the perfect time for both us and Classic Team Lotus to join in celebrating the importance of the marque. The Evora GT410 Sport is one of our most evolved models yet remains true to the concepts of lightweight design, advanced aerodynamics and high-speed handling, exactly as Colin Chapman would have expected from one of his cars. It’s fitting that Clive has chosen to drive one of the greatest and fastest cars that Hethel has ever produced.”

Clive Chapman, son of the Lotus founder and Director of Classic Team Lotus, said, “Remaining close to the Lotus sports cars of today is important to me and my family. To be able to appreciate just how far the brand has developed and how advanced the cars are is a privilege. I’m proud to be behind the wheel of a Lotus sports car and I’m looking forward to the miles ahead.”