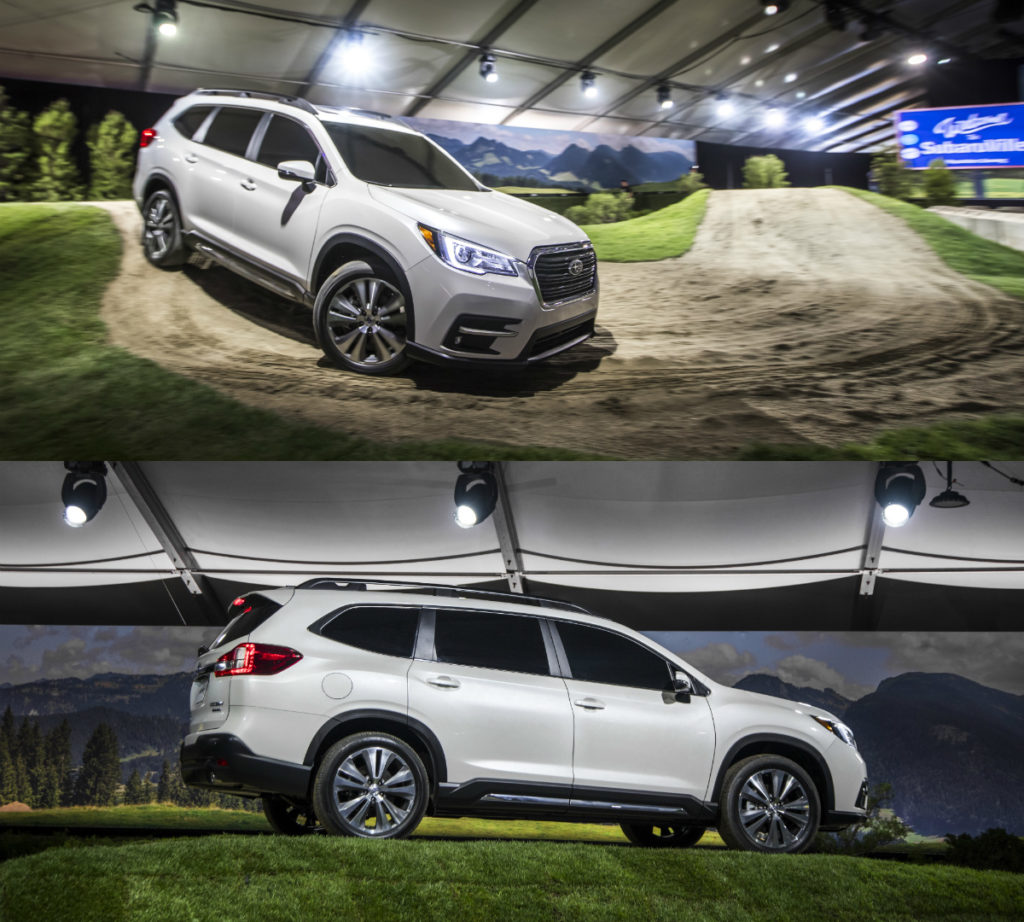 Subaru of America, Inc. debuted its all-new, three-row 2019 Ascent SUV in a way that only Subaru could. At a press event prior to the 2017 Los Angeles Auto Show, Subaru surprised attendees with the new vehicle in a special way – with The Barkleys, a family of eight Labrador Retrievers and Golden Retrievers featured in Subaru advertising campaigns, seemingly driving the Ascent and ending, safe and sound, on stage.

The dogs exited the vehicle to greet Tom Doll, president of Subaru of America and pose for photos with the surprised crowd.

Dogs are a major pillar for the Japanese automaker as more than half of Subaru drivers are pet owners, with over 48 percent of them owning at least one dog. For years, Subaru has supported various pet-focused organisations that help to improve the lives of our four-legged friends, and features dogs throughout their advertising.

The Ascent uses the company’s new Subaru Global Platform and will be built at Subaru’s assembly plant in Lafayette, Indiana. The Ascent will be sold exclusively in the North American market starting in summer 2018. 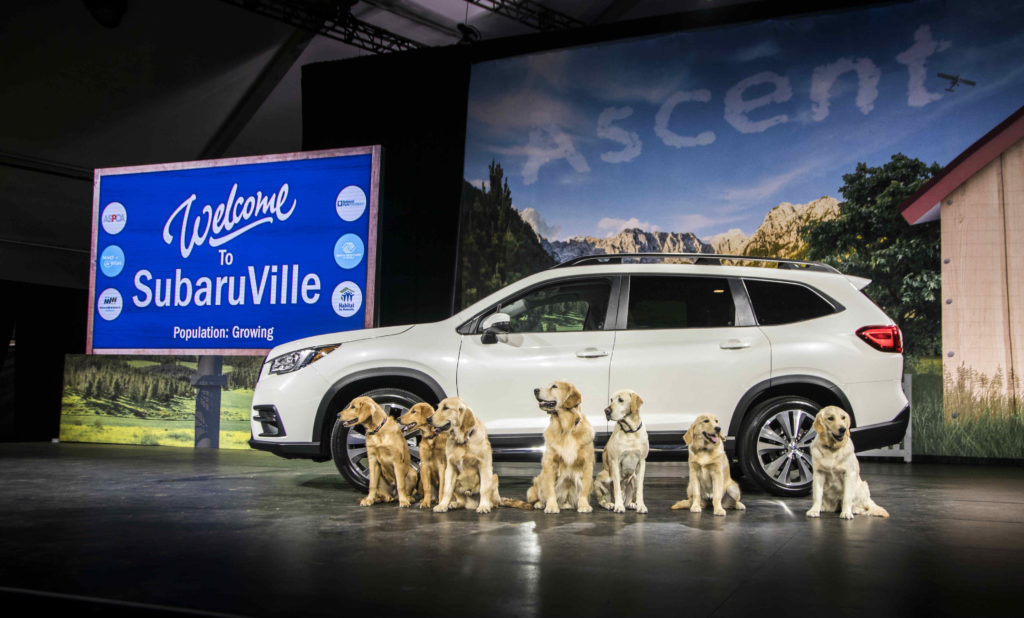