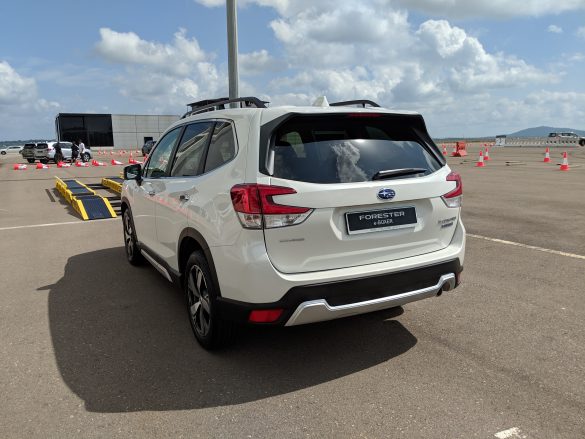 It looks exactly like the all-new fifth generation Subaru Forester launched late last year, but the Forester e-Boxer hybrid is different under the bonnet.

For the first time, Subaru’s top-selling model in Singapore comes with a 12-horsepower electric motor and a mild hybrid system. 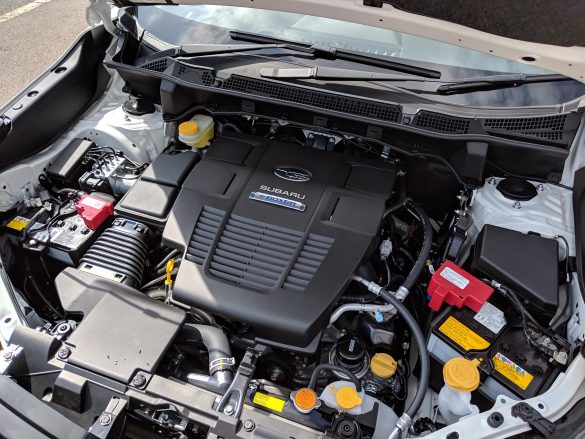 With this in mind, the media got to try out the car against some of its competition at Changi Exhibition Centre on Wednesday in a quick drive.

Pitted against the Honda Vezel/HR-V and Toyota C-HR crossovers, the Forester e-Boxer hybrid made a strong showing with its all-wheel-drive (AWD) system giving it superior roadholding.

The course involved a slalom, some sharp hairpin turns, a skidpad and some rubber strips to test the car’s suspension. 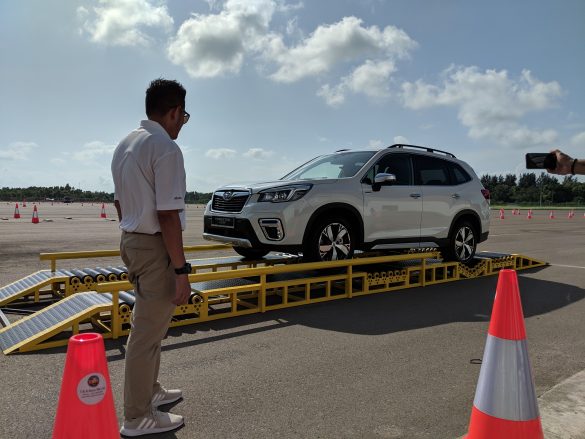 For this writer, first up was the Toyota C-HR hybrid, which despite its front-wheel-drive performed admirably in the bends, and managed to keep its composure in the bends.

Second was the Honda Vezel, the vehicle of choice for ride-sharing drivers.

It felt more sedate to drive, and was less surefooted in the skidpad, but was nevertheless well-sorted.

Then it was the turn of the Forester e-Boxer hybrid. 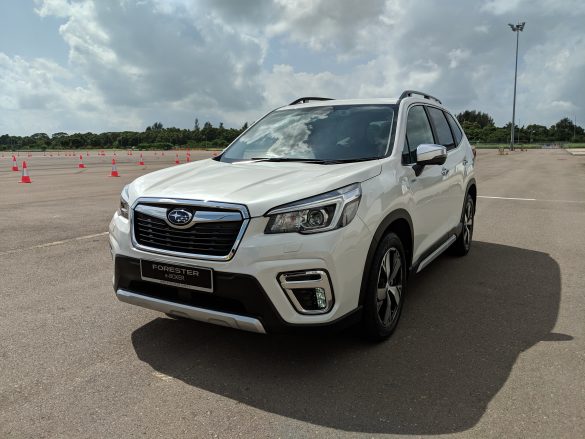 With AWD, it immediately felt more planted than the other two in the bends.

Putting it through sharp hairpins and the skidpad, its well-weighted steering never sprang any surprises, and its strong brakes were easy to modulate too.

The car did feel slightly slower to accelerate than the other two, but only a full road test will confirm that in due course. 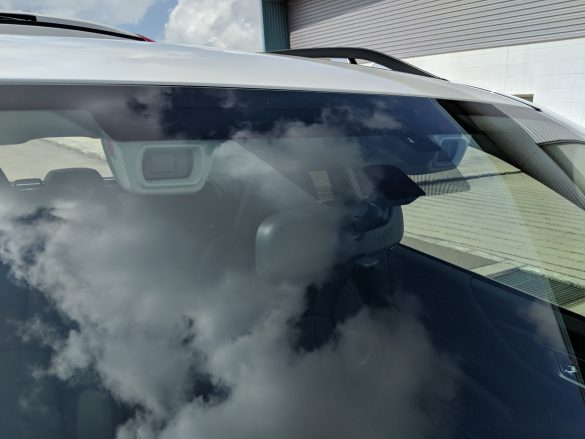 Using two stereo cameras mounted high on the windshield, the system is activated upon detecting anything larger than a man-sized object in front of the vehicle.

Once activated, Subaru’s EyeSight system can bring the car to a complete stop at any speed.