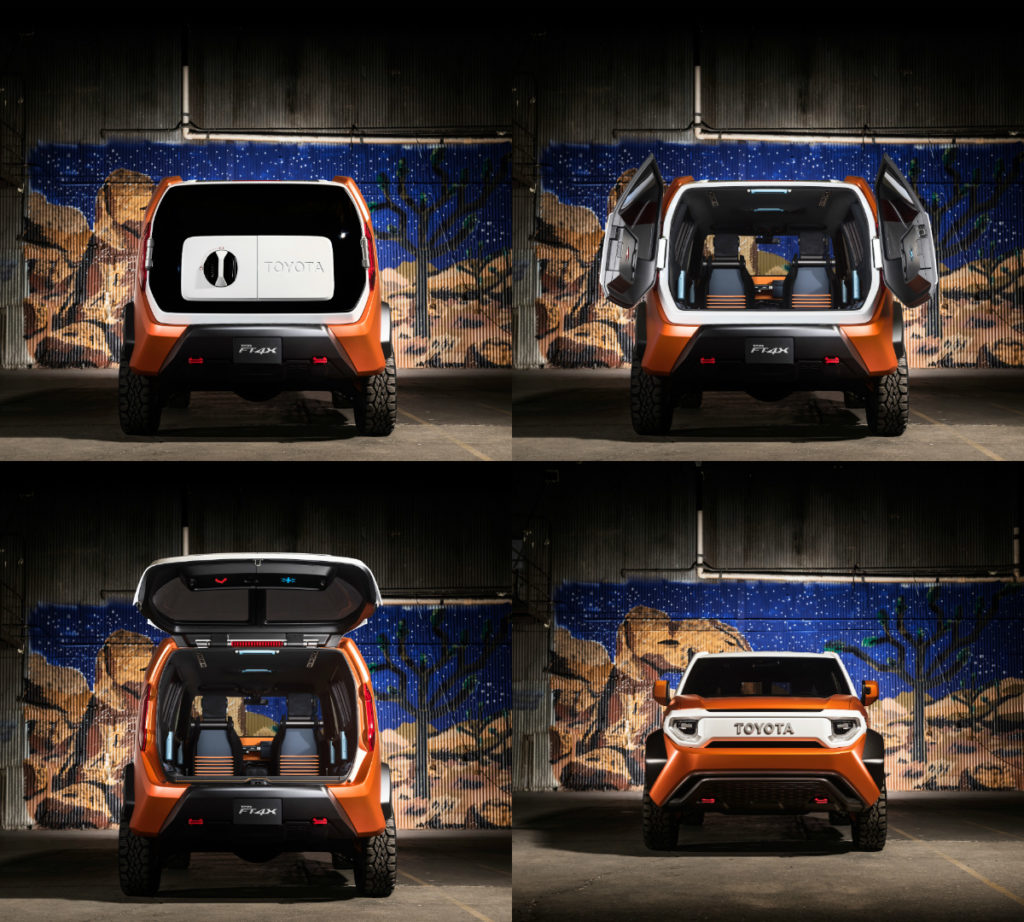 The FT-4X is a four-wheel-drive toolbox penned by Toyota’s Calty Design Research Inc. in Newport Beach, California. With its long list of unique functionalities and a Rugged Charm compact design, the FT-4X is the seamless conduit of popular “casualcore” – rather than hardcore – outings by anyone, anytime. The rear hatch is a modern engineering marvel. Called Multi-Hatch, it opens two ways: horizontally in Urban Mode, and vertically in Outdoor Mode.

Urban Mode splits the hatch in half and makes for easier kerbside gear loading when clearance is limited. Outdoor Mode opens the one-piece hatch upward, creating an impromptu shelter from the elements. The door’s design also incorporates a satisfying mechanical touch: a rotatable handle that users turn to select its opening mode.

Generous approach and departure angles add to the FT-4X’s prowess on a variety of paved and unpaved paths. Wide, black-painted over-fenders lend a tough look to the exterior and engulf the beefy Goodyear tyres.

A vertical Picture Window set above the driver’s-side rear fender pays homage to the classic version brandished by Toyota’s iconic Pickup Xtracab truck and first-generation 4Runner sports utility vehicle. The window glass is removable and interchangeable, allowing for owners to personalise their FT-4X even further with multiple opaque colour or tinted glass options. The rear door handle is discreetly placed fore of the vertical window and high above the beltline, much like it is on the current Toyota C-HR.

Sculpted rocker panels at the lower portion of the doors enhance underbody protection and durability when venturing off the beaten path. And whenever the FT-4X does find some heroic scenery, a GoPro Hero5 Session camera built into the driver’s-side rear view mirror can capture it all. 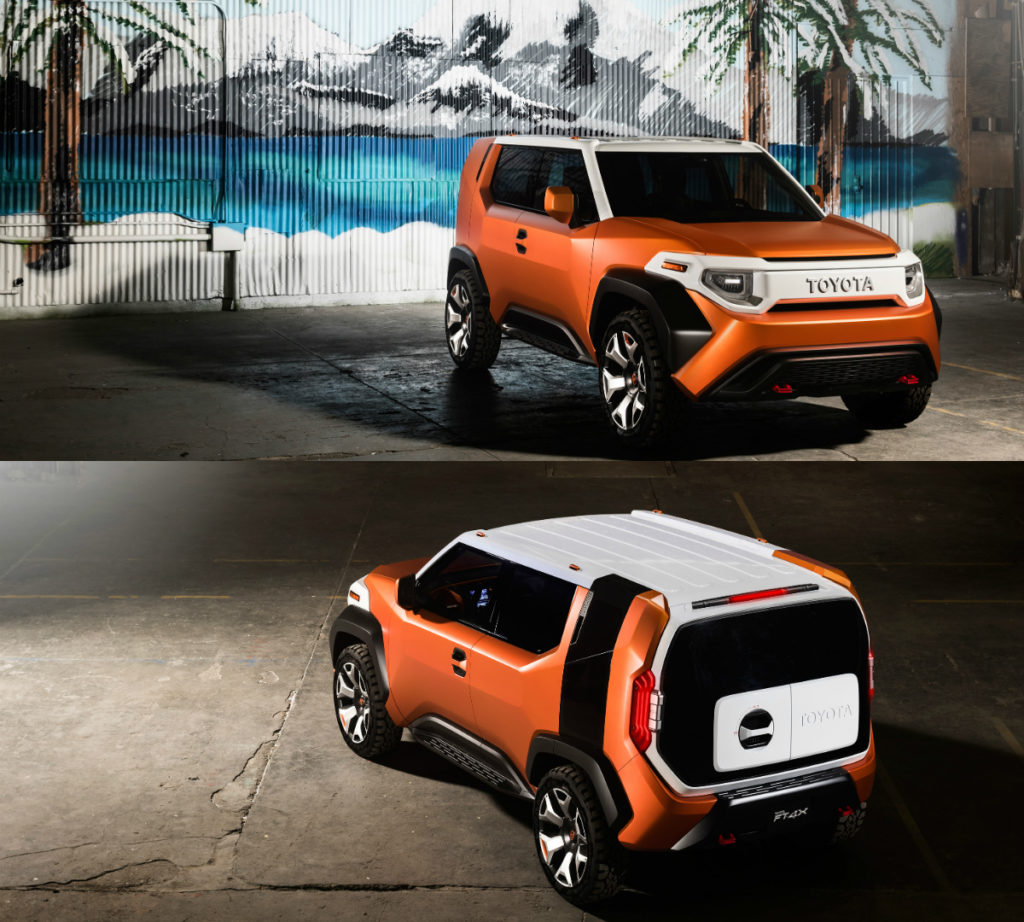 The FT-4X is a rolling gear box. Not only is the interior’s concept that of a large open space having plenty of easily accessible storage for basic equipment, but it is basic equipment itself.

Passengers can easily identify the space’s purpose based on colouring, as blue classifies closed storage, while orange indicates open storage.

On the inside of the Multi-Hatch with rear Picture Window are twin boxes – one warm, the other cold. They’re designated for a number of functions, such as the temporary stowage of snacks, or the warming and cooling of outdoor gear such as gloves, blankets and ice packs.

The cabin is sectioned into three parts: Clean Zone, where the front passengers sit, and where rugged floor mats and door sills were inspired by Japanese sunoko slatted wood flooring; Wet Zone, characterised by all-weather mats (where passengers can stow damp swimsuits/snow clothing or muddy boots) and located just behind the front seats, as well as below the rear second row bench seat; and Rear Cargo Zone, whose floor lays completely flat and features topside tracks for securing cargo, a deep storage compartment hidden underneath, red tie-down hooks, and above in the headliner, removable inside lighting that doubles as a flashlight.

An ultra-compact The North Face sleeping bag fits neatly between front passenger seats, and functions as an armrest that is strapped atop an extra-large dividing console.