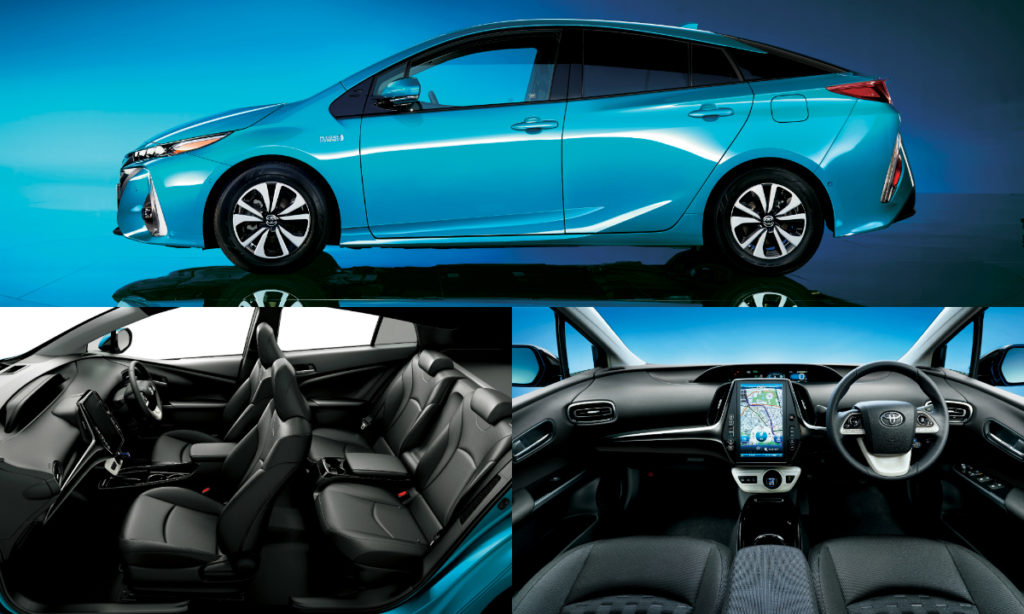 Toyota has been working on enhancing its product lineup significantly, and is positioning plug-in hybrid vehicles (PHVs) as the pillar of next-generation environmental vehicles after hybrid vehicles (HVs).

With the new Prius PHV, Toyota has greatly advanced on the environmental performance that is characteristic of the Prius family, along with the powerful and smooth drive which is an attribute of an electric vehicle (EV). Futuristic advanced equipment has been added and charging convenience greatly improved, thus evolving the new Prius PHV into a prime vehicle.

During short-distance drives such as daily commuting and shopping trips, a plug-in hybrid operates as an electric vehicle and does not consume any petrol. At the same time, it can be driven over long distances as a hybrid vehicle, even after the battery charge is depleted.

The use of a large-capacity lithium-ion battery, combined with efficiency improvements in the plug-in hybrid system, has increased the EV mode range to 68.2 kilometres and the maximum EV mode speed to 135 km/h, thus greatly expanding the electric-only range.

The Prius PHV also features a dual motor drive system, using both the electric motor and the generator as the drive force, to achieve powerful acceleration performance. The car also uses a dedicated heater for the traction battery and the world’s first automatic air-conditioner with a heat pump and gas injection function, which helps prevent the engine from coming on during EV mode operation. The 1.8-litre high-efficiency engine achieves a high hybrid fuel efficiency of 37.2 kilometres per litre.

Standard charging uses AC100V/6A from a standard household outlet and it therefore requires no special wiring. Outside of the home, the Prius PHV can be charged at Toyota dealers (approximately 4200 charging stations) and at any of the charging spots (approximately 14,600 spots) operated by Nippon Charge Service LLC.

The Prius PHV features the world’s first “solar charging system” in mass-produced cars. This system supplies energy from sunlight to the traction battery while the vehicle is parked, supplying the amount of electricity sufficient for driving the vehicle a maximum of around 6.1 kilometres per day (or about 2.9km per day on average). While the vehicle is being driven, this system helps to improve fuel efficiency by recharging the auxiliary battery.

When the newly added EV Power Supply Mode has been selected, the vehicle’s external electrical power supply function can supply household electricity without the engine being turned on. In addition, when the HV Power Supply Mode has been selected, the Prius PHV (with the engine running) can supply electricity for about two days at a maximum output level of 1500W, when starting with a full tank of petrol.

The Prius PHV thus can help to support Toyota’s disaster recovery activities. For example, vehicles equipped with the external power supply function can be introduced into company fleets and loaned out following natural disasters. 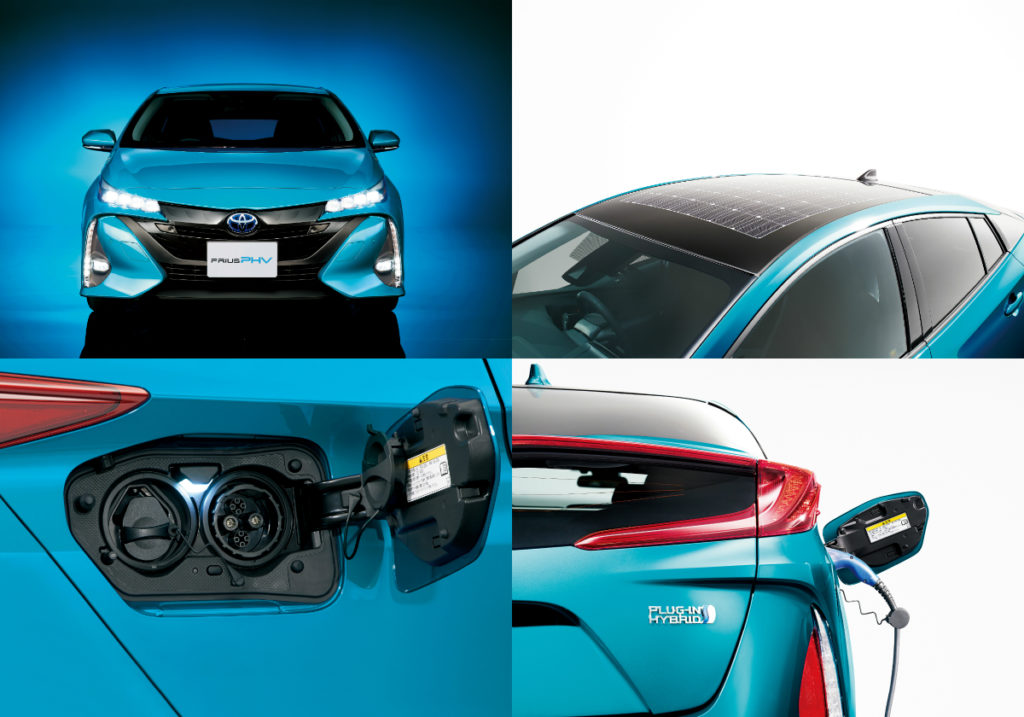 Read our review of the Toyota Prius.

Toyota has sold 10 million hybrid vehicles worldwide since 1997 and the first Prius.