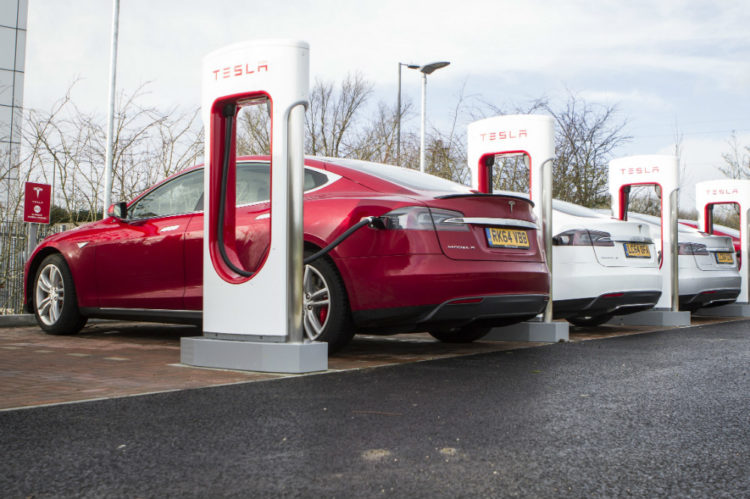 Two more cars from California-based electric carmaker Tesla have made their way to Singapore.

The $15,000 tax break was granted to a one-year-old Model S P90, a 515kW all-wheel drive which was registered this month. It had clocked around 8700km when it was imported from Hong Kong.

The owner is an IT professional who declined to be interviewed.

The $10,000 rebate was granted to a brand-new Model S P85D, a 386kW all-wheel-drive. The unidentified owner has not registered the car yet. That means there are currently only two Model S cars on the road here.

The first was brought in early this year by Mr Joe Nguyen, 44, vice-president of an Internet research firm. Also from Hong Kong, it was a used rear-wheel-drive P85, which was a little over a year old when registered here with less than 1000km on the clock.

With a power rating of 285kW, it is far less powerful than the other two Model S cars. But after the car was tested, it was found to have a carbon emission level liable for a $15,000 tax surcharge – making it the first electric car to be penalised this way.

The Prime Minister’s Office said various agencies would look into it. The Land Transport Authority (LTA) said it would conduct a review. But seven months later, the LTA said it would stand by its original assessment and would not re-test Mr Nguyen’s car.

Noting that the two other cars had won tax breaks, Mr Nguyen said: “It’s great that the LTA has got the processes right now. Should they re-test my car? Yes. I’m about to write to my MP about it.”

Mr Nguyen’s car and the other used Model S car were imported through exotic car importer Supercars Singapore. Its managing director Marcus Chua said documentation and inspection took nearly eight months for Mr Nguyen’s car and just under six months for the second. “There seems to be more clarity this time round,” he said. “They asked far fewer questions.”

Transport Minister Khaw Boon Wan indicated in May that a new Model S would qualify for the maximum tax rebate of $30,000.

Nanyang Business School adjunct associate professor Zafar Momin said the likes of electric cars are recognised to be cleaner and most governments encourage their adoption via tax credits or rebates or both.

The LTA, he noted, has taken into account emissions from power stations involved in charging the car battery. How far should it go in “trying to be overly comprehensive in emissions calculations”, he asked.