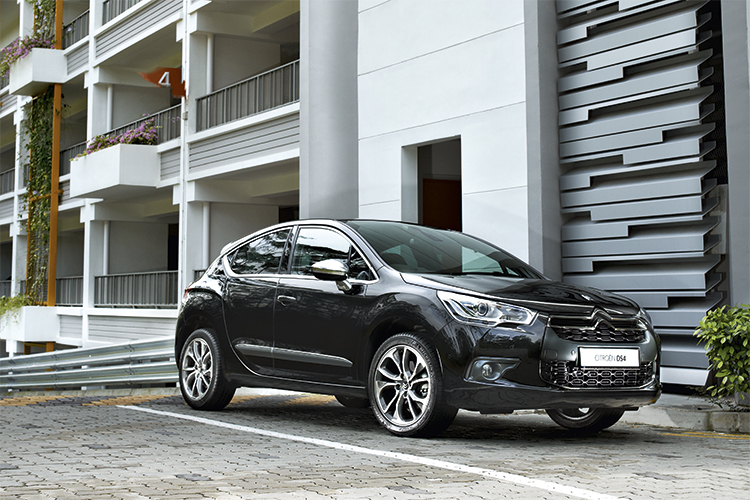 Beauty, as the saying goes, is only skin-deep. It’s the reason almost everyone thinks beauty queens are probably hopeless when it comes to holding a conversation, especially if said glamour girl (stereotypically) happens to be blonde. As most people like to say when they see one, “She’s probably got more style than substance.”

The Citroen DS4, however, has more than good looks to offer; although this might initially be hard to believe the moment you walk up to it. Its modern, edgy face is what greets you first, but this gives way to taut curves and a nicely planted stance. The way the roof arches is very striking, for it melts seamlessly into the DS4’s pert rear end. 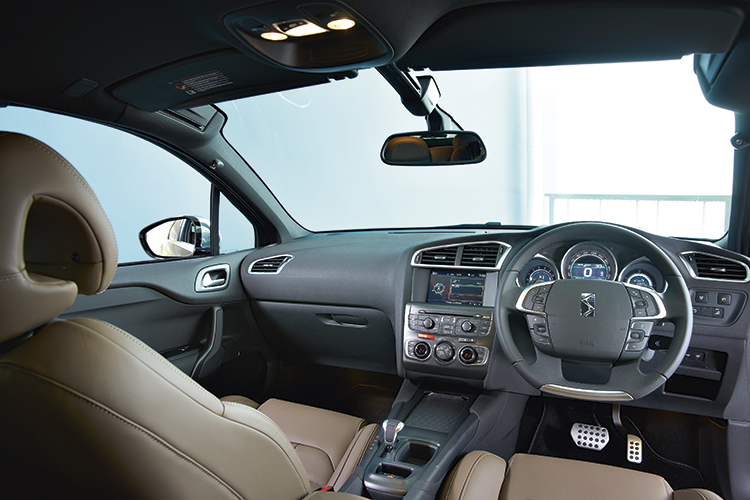 Towards the rear is where you’ll find one of this crossover’s neatest design elements: its “concealed” rear door handles, which have been carefully blended into the window frames – a trick that other carmakers have also employed to make a vehicle with four doors seem like it only has two.

The DS4’s “pageantry” continues in the cabin, which features cushy seats with leather upholstery patterned after a watch strap, along with a dashboard with lines inspired by the profile of the SR-71 Blackbird spy plane. 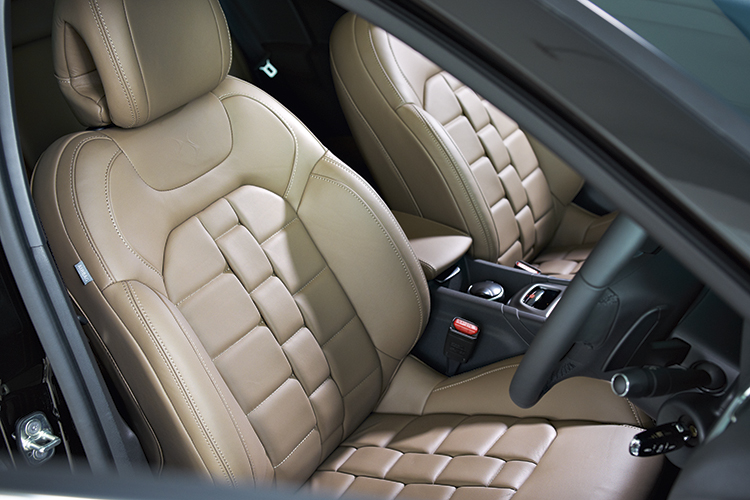 This particular detail is a favourite of the car’s interior designer, Sean Johnson, who also penned the cabins of the Peugeot 207 and 5008. According to him, “the tension in the instrument panel’s shape helps keep the driver’s eyes on the road”. 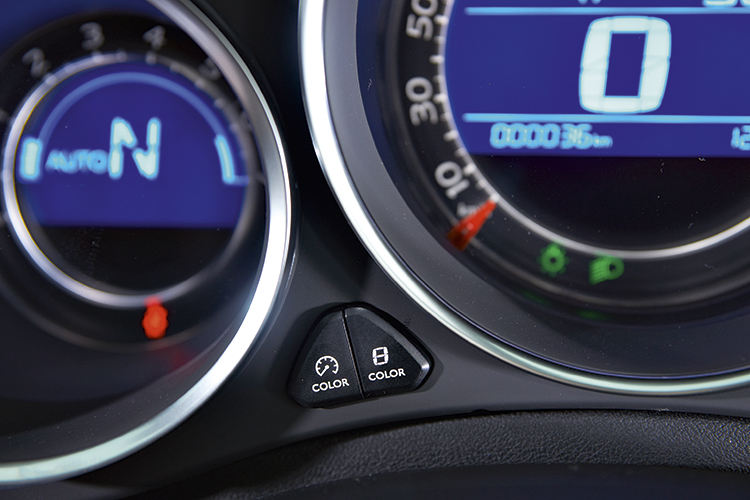 Also helping the driver pay attention (and possibly distracting him, too) is the wide array of standard infotainment functions and adjustable settings. The hi-fi system, for example, not only uses Bluetooth for hands-free telephony, but also utilises it to stream music from your mobile phone as well. The only catch here, though, is that the song titles aren’t displayed, so it does take a while to find your favourite tunes. 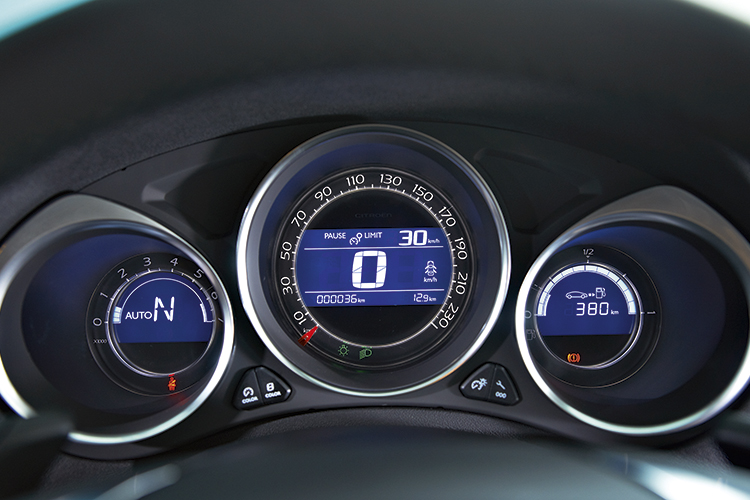 Easily found, on the other hand, are the various sound themes the driver can select to vary the warning and indicator tones. The hue of the instrument meters, which ranges from blue to white, can also be altered to suit personal preferences.

Not always accommodating, however, is the DS4’s automated manual transmission, known as the Electronic Gearbox System (EGS). Because it has a robotised clutch, there’s an evident pause between each of the first three ratios, but the gearbox becomes creamier once it’s past them.

Performance-wise, the drivetrain is the DS4’s main drawback (we would’ve preferred to see the more effective 6-speed automatic here instead), as it prevents the driver from fully exploiting the twin-scroll turbo 1.6-litre powerplant that delivers its oomph in a smooth and punchy manner. 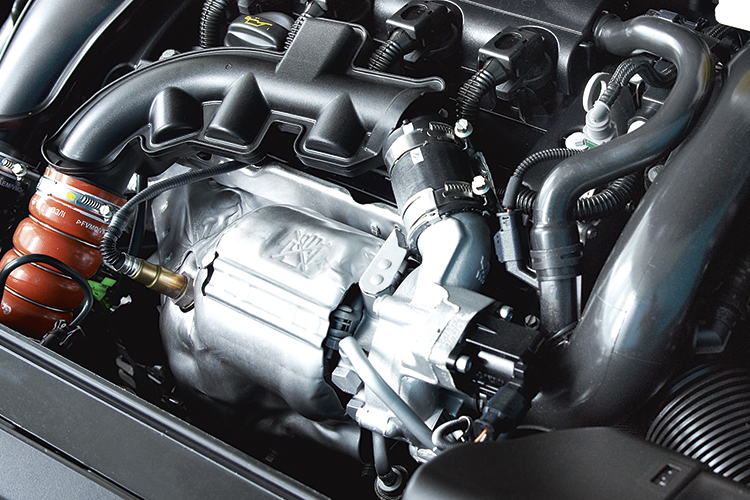 Cruising on the expressways is one of the DS4’s strong points. Thanks to the well-placed sound dampening materials, road and tyre buzz barely intrudes into the cabin, while wind noise is kept to a mere whisper. Equally notable is this crossover’s poise around bends despite its raised ride height and pliant suspension. 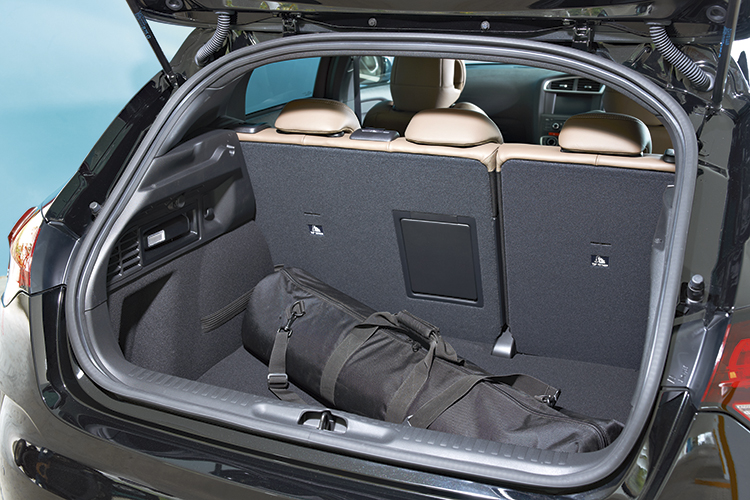 The Citroen DS4’s 370-litre boot expands to an even more useful 1021 litres when the rear bench is folded.

Also helping the driver retain his composure are the Blind Spot Monitoring and Parking Space “Gap” measuring functions. The former helps you “see” around the somewhat thick C-pillars, while the latter is especially useful in telling the driver whether attempting to park in the parallel space he’s eyeing is going to be easy peasy or a near-impossible feat. 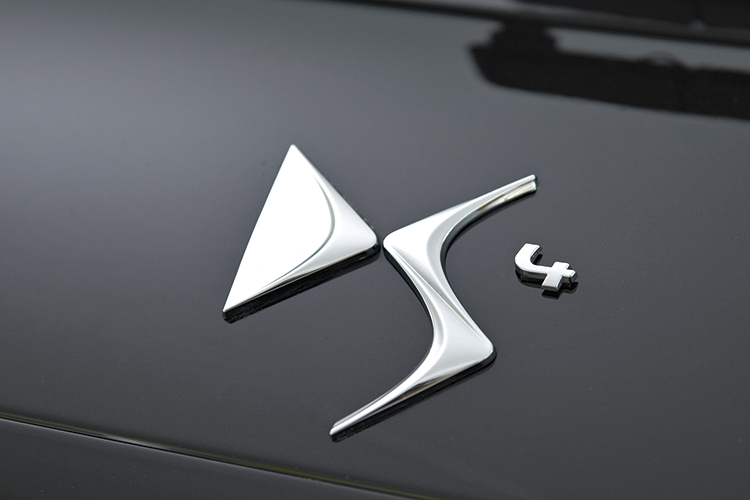 Citroen has a real gem in its motoring stable with the DS4 – the French automaker has succeeded in creating a compact crossover that is both “talented” and attractive. Its true test, however, will be in convincing cautious buyers that there really is more to this book than its pretty cover. 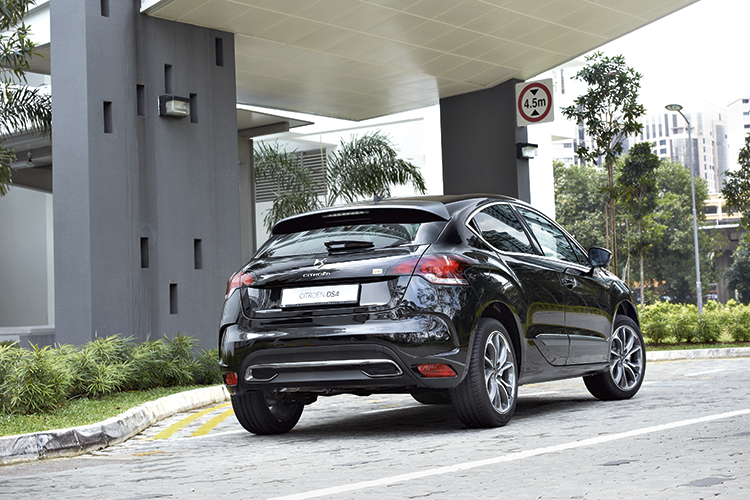