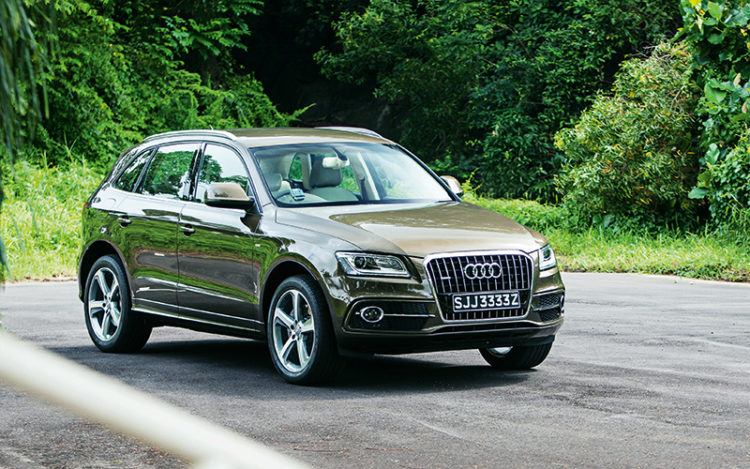 When the handsome Q5 was first launched in Singapore in 2009, Audi marketed it as a sporty crossover with the off-roading abilities of a true-blue SUV (sports utility vehicle). By and large, this was true, for the first-generation Q5 proved to be quick (even in 2-litre guise) and had the skills to tackle more than just grassy knolls.

Four years later and the facelifted Q5 has arrived, looking even sharper now thanks to new styling cues that include a restyled grille and redesigned headlights (with uniform LED “bands” rather than the individual diodes of the previous model). The rear now has tapered tailpipes, which we suspect were introduced to improve the “reverse” ground clearance.

The Q5 packs even more performance this time around, thanks to its newer and more muscular powertrain. Compared to the previous Q5 3.2, which uses a naturally aspirated 3.2-litre V6 paired to a 7-speed dual-clutch gearbox, the Q5 3.0 has a smaller, supercharged 3-litre V6 mated to a regular 8-speed automatic. Supercharged 3-litre doesn’t run out of breath, even as it approaches the 6500rpm redline.

Although the previous Q5 3.2 is no slouch, its non-boosted powerplant still requires the driver to put his foot down and pile on the revs to make quick progress. The Q5 3.0, on the other hand, feels so quick and responsive throughout that it makes its predecessor seem rather lackadaisical.

The switch from a dual-clutch to a torque converter automatic hasn’t impacted the performance, despite the slightly slower shifts. In fact, the addition of another forward ratio means noticeably quieter expressway runs, since the engine ticks over at a lower crank speed when cruising. 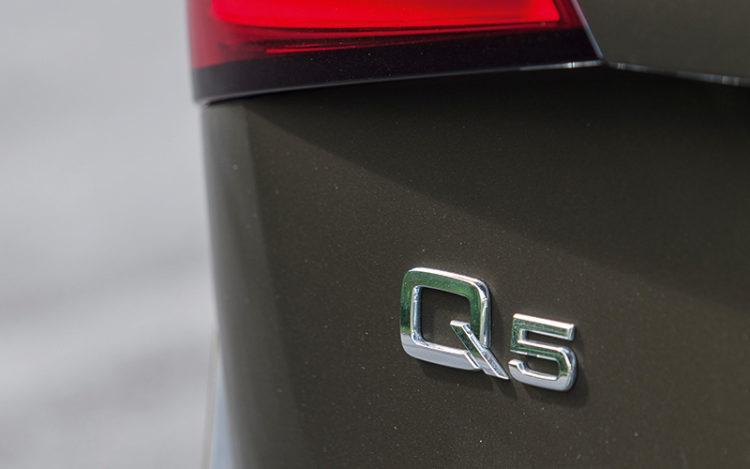 This Q5 is also more efficient than before. The newly added stop/start feature and a new Efficiency mode in the drive select system help reduce fuel consumption (albeit by just 1km/L to 11.8km/L) and C02 emission (from 218g/km to 199g/km). The latter improvement puts the Q5 within the neutral B band of CEVS (Carbon Emissions-based Vehicle Scheme), while the preceding model would’ve been classified in the C1 band, which attracts a $5k registration surcharge.

Also enhanced is the MMI (Multi Media Interface), which now comes with four shortcut buttons around the central knob and a volume dial with skip functions. MMI, however, still lacks the intuitiveness of BMW’s iDrive, which has a convenient multi-directional dial that facilitates single-handed operation.

What remains “inconvenient” in the Q5 is its knobbly ride. Although the stiffer dampers give this crossover even more car-like manners, the resulting bumpiness – even with the drive select system set to “Auto” – is a nagging concern.