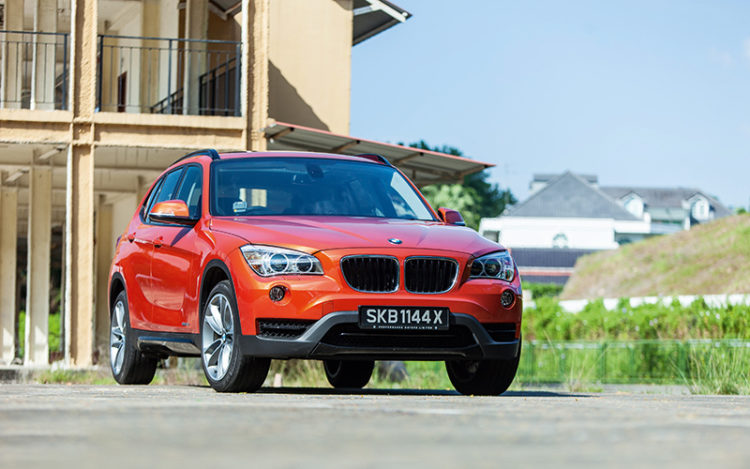 The X1 is the “1 Series” of BMW’s sports-utility range, but it shares nothing with the popular entry-level hatchback. BMW’s smallest X car is actually based on the previous-generation 3 Series Touring wagon, and this dates the X1.

For instance, the door locks sound clackety, the doors seem rather tinny, and the interior reading lamps are cheap exposed bulbs. Also, the cockpit still employs a traditional handbrake when the X1’s bigger siblings, the X3 and X5, have already switched to a more modern and more convenient electro-mechanical parking brake. 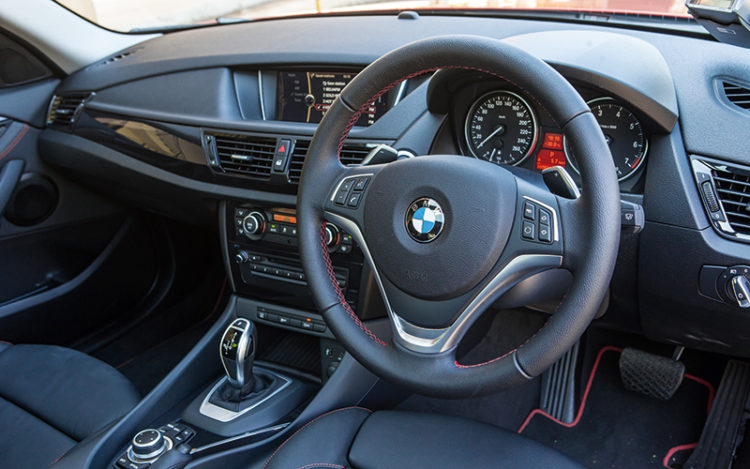 BMW X1 interior is practical and “lifestylish”, but the seats are stiff and the plastics are hard.

But bringing the X1 bang up-to-date is a new 2-litre, 8-speed drivetrain that is also used in the current 320i saloon. Turbocharged to deliver 270Nm and over 180bhp, the newly “dropped-in” engine is far superior to the old 2-litre “18i” unit that provides an anaemic 150bhp and 200Nm.

The new transmission, which comes complete with a modernised gear lever and well-placed paddle-shifters, not only has two more forward ratios than the previous 6-speeder, it is also smoother and so responsive to throttle input that it feels like second nature. The gearbox works very well with the engine, which is delightfully free-revving and sweet. Even the auto start/stop function is surprisingly agreeable, with minimal vibration accompanying every re-ignition.

The X1 finally sounds sporty, too, and its acceleration figure reflects this sportiness – zero to 100km/h in 7.7 seconds, much quicker than the old X1 18i, one of the slowest models in the local BMW lineup since its introduction two-and-a-half years ago. In addition to greatly improved performance, the X1 20i also offers much better fuel consumption than the 18i – over 20 per cent better, on average. 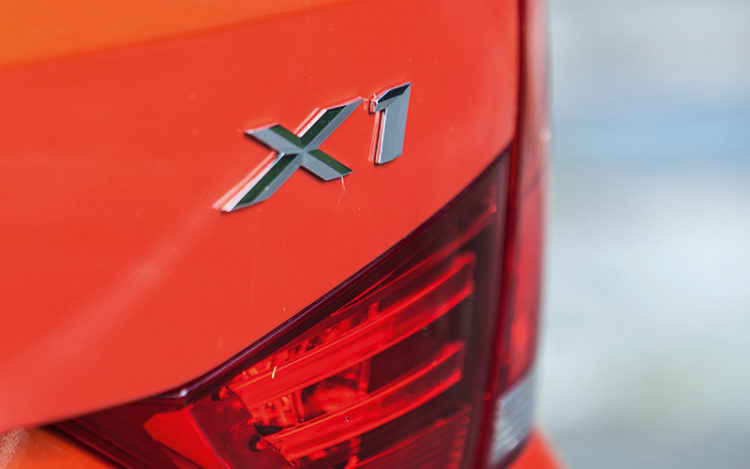 The X1’s “sDrive” moniker denotes rear-wheel drive, so its off-roading ability is limited to suburban areas, urban kerbs and the usual (car)parks. The ride is noticeably noisier than in the larger X3, and the suspension doesn’t absorb road bumps quite as well, either.

The flip side is surefooted handling, with fantastic grip from the 225/45 R18 tyres plus easygoing agility anywhere – in town or on the outskirts. This Sports Activity Vehicle is indeed sporty and active on the move. 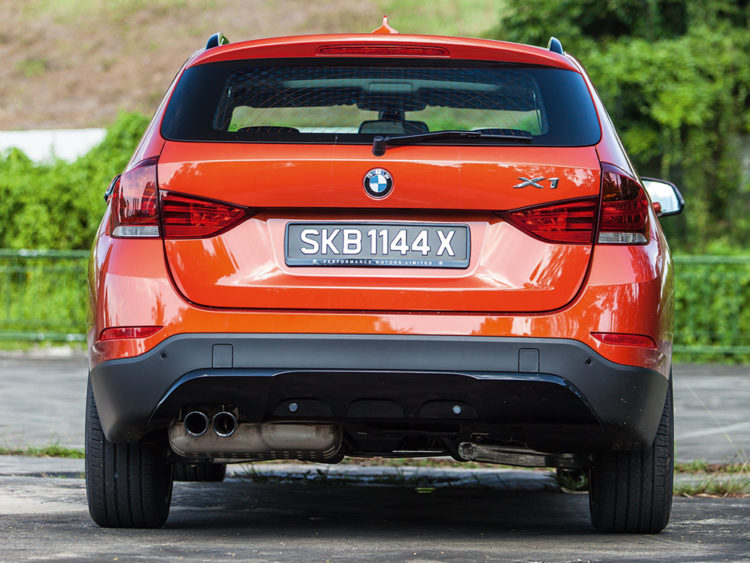 It also looks the part from behind the wheel, especially if the X1 has been specified with the purposeful Sport equipment line – like our test car here. The multi-function steering wheel is a handy size, and the leather upholstery has racy red contrast stitching. On the exterior, glossy elements for the bumpers, grille and side skirts, along with snazzy 18-inch alloy wheels, refresh the vehicle’s appearance. The bright Valencia Orange paintwork helps, too.

The only problem perhaps is the X1’s pricing – for just 10 per cent more, you could get the X3 xDrive20i, a clearly superior “battle-X” for the concrete jungle.