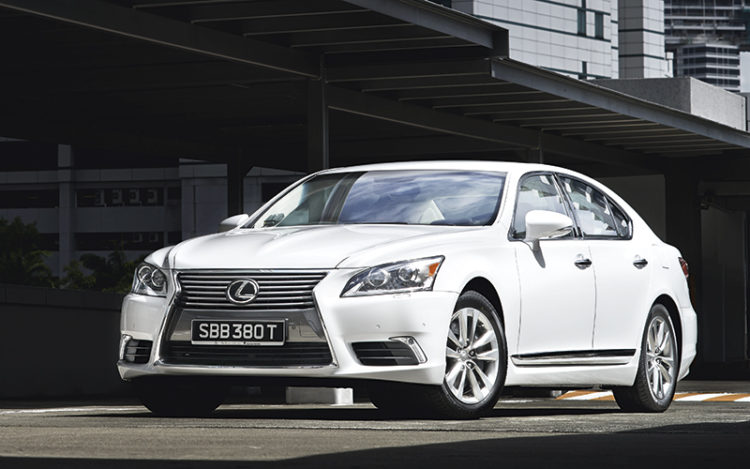 Toyota stunned the motoring world in 1989 when it launched its upmarket Lexus division in America with the LS400. The established luxury brands scoffed at Toyota’s perceived insolence, never expecting the LS to succeed. But succeed it did, and the LS soon shot to the top of the country’s flagship charts.

The original design brief was simple in concept, but difficult in execution – to spare no effort in building the most refined luxury saloon in its class, loading it with every conceivable “option” as standard and giving it superlative performance.

Currently into its fourth generation, the 2013 LS460 is actually a fairly substantial “remake” of its immediate predecessor. The most prominent change has to be its front end, which now sports the so-called new face of Lexus. A huge single-frame, spindle-shaped grille gives the LS greater visual impact and more aggression than ever before. 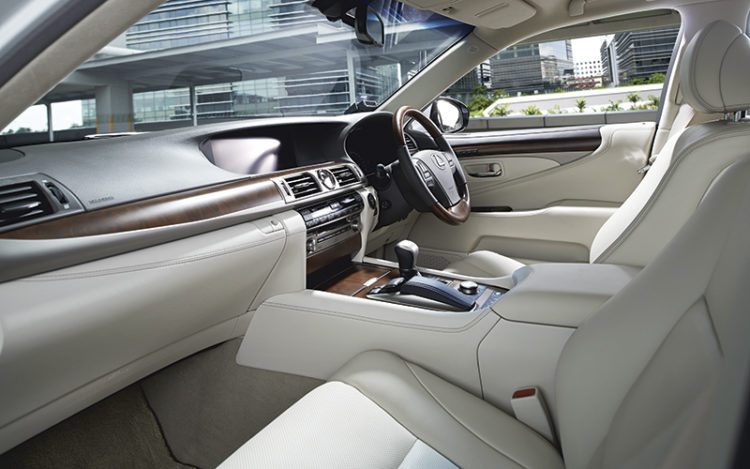 This Lexus limo is also the first production car with all-LED lights at both its front and rear. Even the foglamps have integral, lens-shaped LEDs to complement the daytime running lights and give the car a unique identity at night. In the dark, a dark-coloured LS approaching with its exterior lamps all lit up is almost like the Batmobile is bearing down on you!

The cabin’s design and fittings have also been given a makeover. Somehow, Lexus has upped its build quality even further, which is difficult to achieve considering the already very high standards of the earlier model. The car’s leather and plastics have been upgraded to ultra-premium standard, while the fascia, doors and steering wheel are trimmed with Shimamoku wood, a delicate veneer of alternating timber layers that requires a process of 67 steps carried out over 38 days. 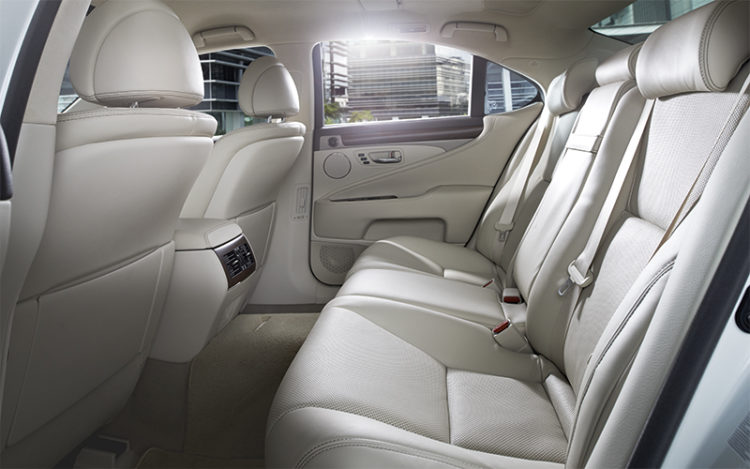 Plenty of room for legs, with the long-wheelbase version offering more back-seat space.

A world-first innovation is Climate Concierge, which constantly monitors the temperature inside and outside the car via an integrated system that automatically adjusts the temperature of the cabin, chairs and even the steering wheel! All the seats also have built-in air-conditioning, which would be an extremely expensive option in continental limousines. Another world-first in this Lexus is the “well-oiled” rotary-scroll display for temperature settings. 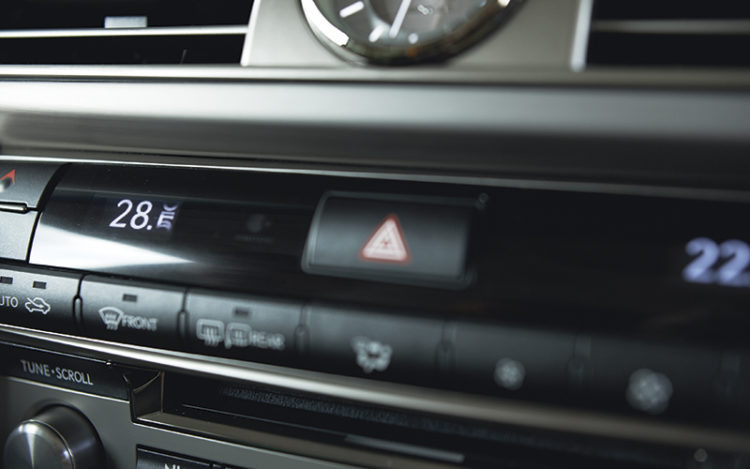 Slick “scroller” that sets the temperature is part of the Lexus’ innovative Climate Concierge.

Front and rear seats alike come with thicker cushions and a marked improvement in pelvic and lumbar support. Even in the standard-wheelbase model (tested here), rear legroom is bountiful. Unless you’re regularly chauffeur-driven, there’s little point in paying $50k more for the long-wheelbase model. But knowing local towkays’ need for “face”, I expect the “LS L” to sell well.

Lexus claims that 3000 of the 6000 parts in the LS are new. Under its skin, the new LS has the newest laser screw bonding for greater body rigidity. The roof structure has been strengthened by 30 per cent for better roll-over protection. Indeed, the increase in body rigidity is apparent within minutes of driving the thing, with the LS boasting a rock-solid feel on the move. 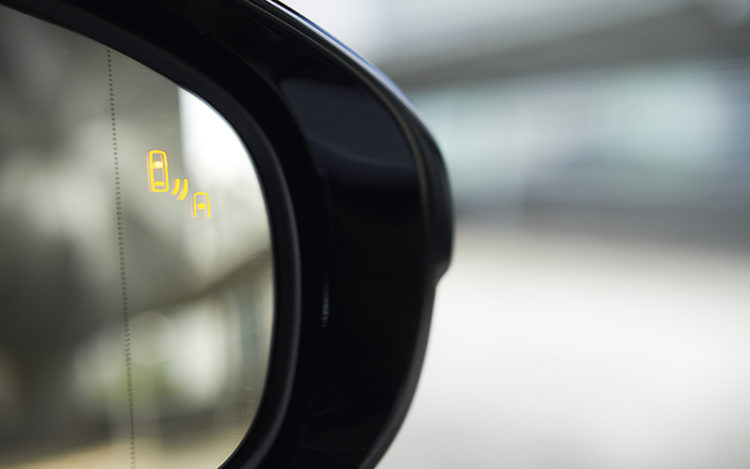 Specified as standard on the 2013 Lexus LS460 are neat driving aids such as BSM (Blind Spot Monitor).

The car offers five driving modes, ranging from Eco to Sports+. For most situations, I found the default Normal mode to be the best all-round setting. The ride is superb, with road bumps and irregularities evened out, while the changes to steering and suspension settings have resulted in a much more involving drive. Body roll is minimal, and handling is decent for a luxury four-door with no sporting ambitions.

The Sports+ mode stiffens the suspension and modifies the gearbox and steering parameters. The ride is definitely firmer in this mode but still comfortable, while the handling improves significantly, with noticeably quicker turn-in and greater overall agility. 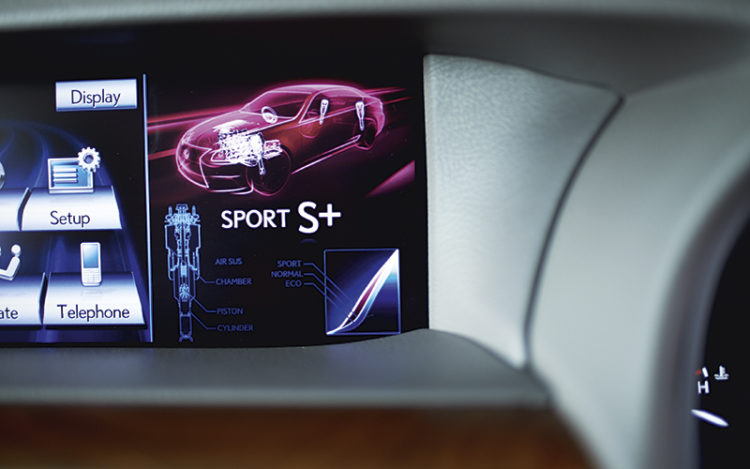 Different driving modes allow the LS to match different conditions, and even the mood of the boss behind the wheel.

The instrument lighting also turns red with Sports or Sports+ engaged, but what impressed me most is the visual display highlighting if a particular drive mode has altered the behaviour of just the engine, or both the engine and suspension.

The 4.6-litre V8 engine has been carried over. It produces 382bhp and 493Nm, enough to propel the LS from rest to 100km/h in just 5.7 seconds. Criticism by some big bosses that the V8 is just too quiet has led Lexus to engineer more “feedback”, transmitted into the cabin via the stereo system. While the enhanced V8 growl under hard acceleration adds new drama to proceedings, I feel this injection of more “soul” is less welcome during the urban crawl – at low town speeds, the latest LS doesn’t sound quite as refined as its predecessor. 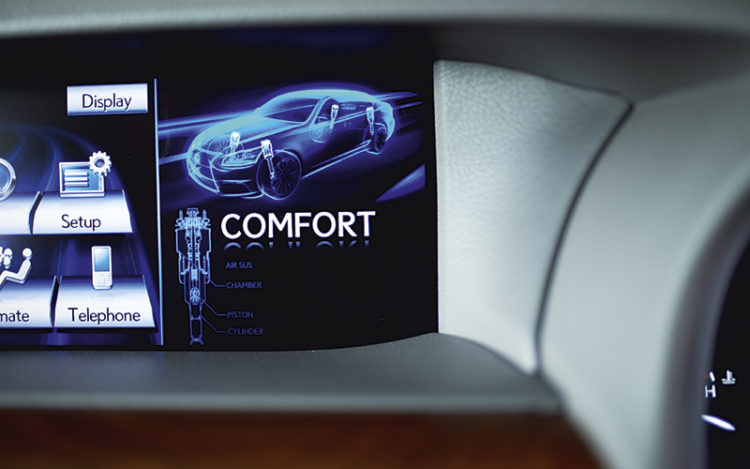 Road noise, however, has been silenced even further. This saloon is significantly quieter over all tarmac surfaces – the result of superior sound insulation and the use of noise-reduction wheels. Typical Lexus attention to detail includes a sound-diffusing chamber in each alloy rim to eliminate “rolling” decibels!

There is little doubt that the latest LS460 is a significantly improved product, which justifies its “major change” label. Lexus’ segment leader in refinement now sets the bar even higher, while managing to close the handling gap to its immediate continental rivals such as the BMW 7 Series, Audi A8 and Jaguar XJ (the ever-popular Mercedes-Benz S-Class isn’t in contention due to the imminent release of an all-new model).

Compared to the Lexus LS, the 7 Series still has the edge in terms of dynamics, the A8 has more character, and the XJ is more charismatic and more stylish. But the LS beats them all in construction quality and equipment level. 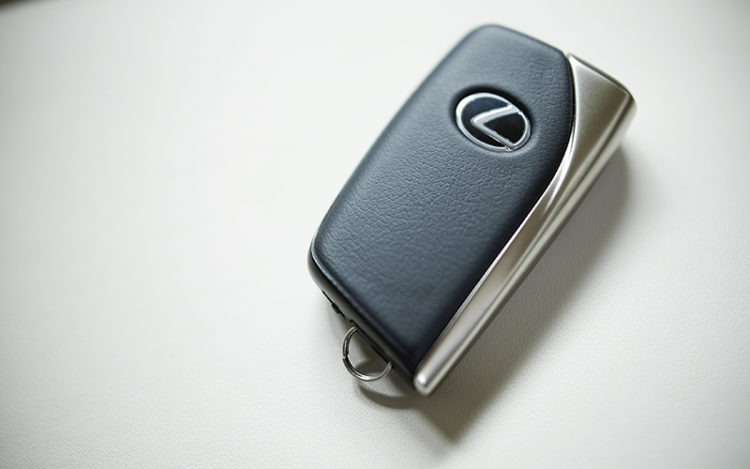 Lexus even redesigned the LS key to make it more substantial – just like the limo it locks/unlocks.