2013 Nissan GT-R has thunder but no lightening | Torque
Loading posts... 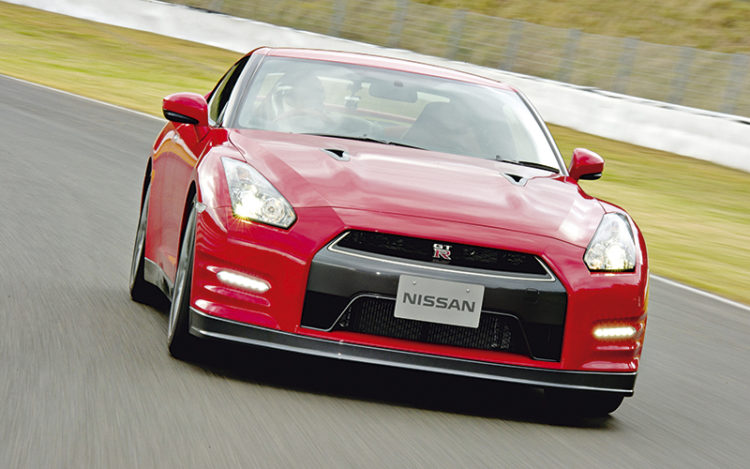 Kazutoshi Mizuno almost takes umbrage when I ask him which sports cars he sees as the GT-R’s main rivals. “There are none,” says the GT-R’s Chief Vehicle Engineer (a.k.a. “Mr GT-R” to petrolheads in the know). “We don’t benchmark the GT-R against anyone else, it is other manufacturers who see our GT-R as the benchmark.”

Ah so… A pointed reminder that to GT-R devotees, Nissan’s iconic supercar is their only vehicular deity. Such near-religious fervour extends to the way Nissan’s boffins have continued to beaver away to improve the R35 GT-R, despite the fact that it was already (albeit arguably) the world’s most technologically advanced car on its debut in 2007, and has repeatedly blown away all-comers with its mind-bending performance and physics-defying handling. Every model year has seen detailed upgrades, primarily to the engine, gearbox and chassis, but very little in terms of styling – which speaks volumes of the engineering-led ethos of the GT-R team.

Most of the improvements have been fairly predictable – progressive increases in power and torque, software upgrades for quicker, slicker shifts by the 6-speed dual-clutch gearbox, tweaks to the suspension settings, and so on. 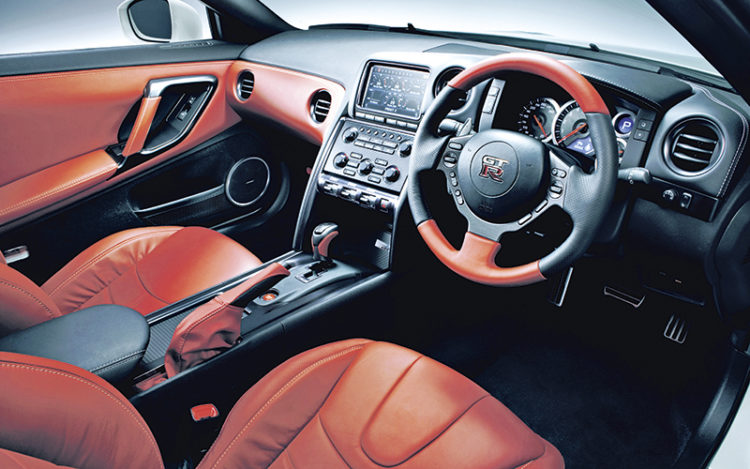 But one change stands out – in 2012, the spring settings and rear suspension locations were revised to create a deliberate left-to-right imbalance at a standstill, so that on the move, taking into account the weight of the driver, the car would be dynamically balanced. If that’s not obsessive, I don’t know what is.

The 2013 GT-R embodies the last five years’ worth of running developments, and also adds several upgrades of its own. Engine-wise, there are new high-flow injectors for improved mid-range and top-end response, an additional orifice to the turbo bypass valve to reduce back-pressure, and an extra baffle in the oil pan to better maintain oil pressure under hard cornering. Outright power and torque remain unchanged, however, at 542bhp and 632Nm respectively. 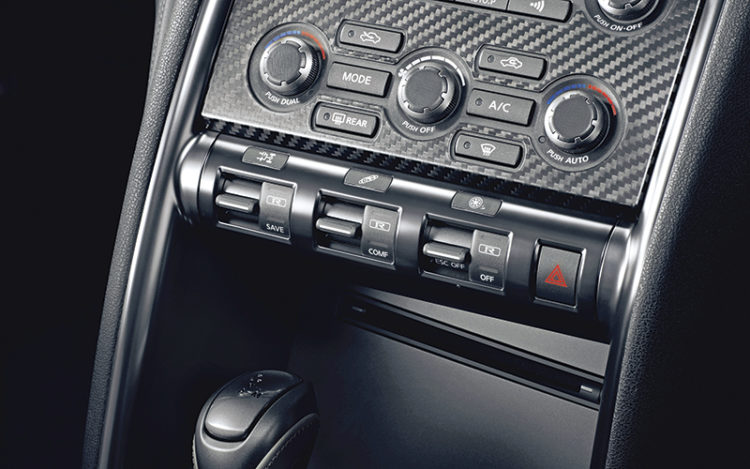 The chassis modifications are even more minuscule. “Deflected” suspension bushings result in a fractional reduction in the car’s centre of gravity, there are revisions to the anti-roll bar and dampers, and new cam bolts on the front suspension maintain camber and alignment more accurately. Body rigidity has also been improved slightly, with reinforcements made to the chassis cross-member behind the instrument panel.

One thing they haven’t done is lighten the car, which is something of a surprise given that it weighs a hefty 1730kg and that almost every sports car manufacturer is now “adding lightness” to improve performance and efficiency. 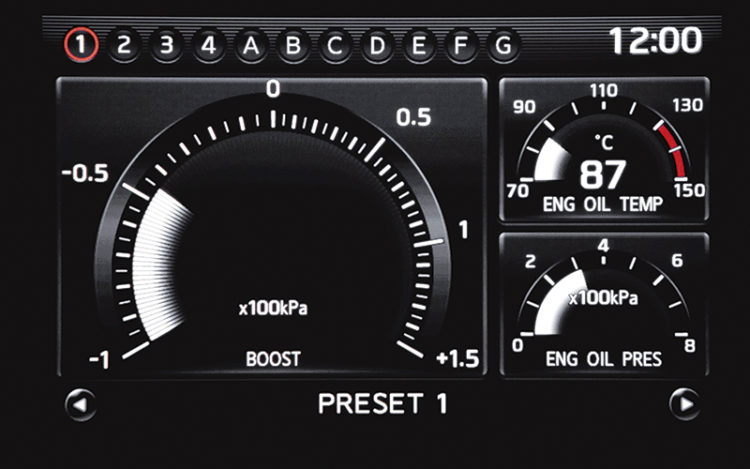 This 542bhp “racing game console” has far more sensors, bells and whistles than a Sony Playstation.

But, as Mizuno-san explains, given the coupe’s parameters (its power and torque, gearing, tyre size, all-wheel drive and weight distribution), this is actually the ideal weight to optimise standing-start acceleration as well as braking. As proof of this, the stripped-out Track Pack version of the GT-R is actually slower off the line, although its reduced weight does mean it’s quicker through corners.

Not that the standard 2013 GT-R is a slouch around the bends. At the launch event, they let us loose on the Sugo circuit in central Japan, and quite frankly, it’s difficult to imagine any road car tackling the flowing, undulating track faster. 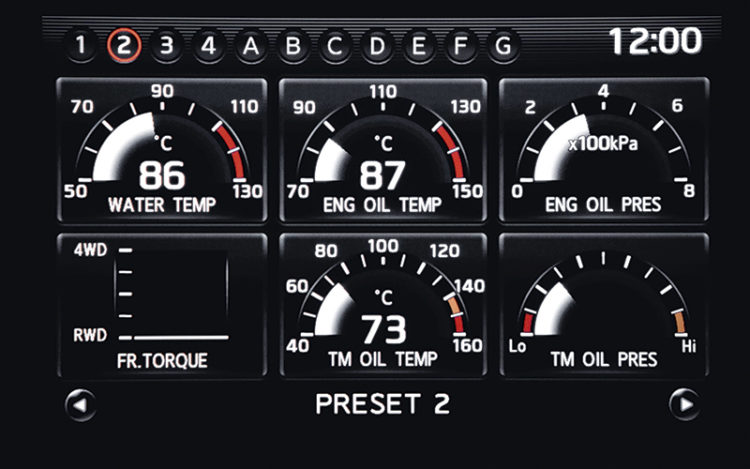 Without a 2012 GT-R on hand for direct comparison, it’s hard to verify the claims of improved stability and reduced roll, but despite a damp track, the car is utterly imperious, thundering up the circuit’s inclines as if they aren’t there, scything through the bends in complete control and allowing very late braking without losing composure.

The steering is perfectly judged – sharp without being twitchy, well weighted and linear – and offers a great deal of feel. With stability control off, the car can step out of line quite readily with all that power, but even then, it never feels unruly, and that quick steering and all-wheel drive traction help to gather things up quite easily. 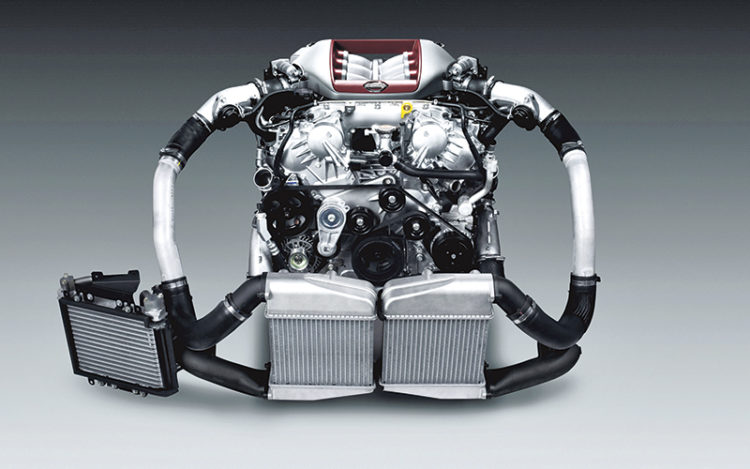 Tweaks have made this twin-turbo 3.8-litre V6 even more responsive.

Nissan claims an improbable zero-to-100km/h time of 2.74 seconds (2012 GT-R: 2.8 seconds), achieved by employing the car’s launch control system. The Nissan people even let us try it for ourselves – flick the transmission and stability control systems to Race mode, press the brake pedal while simultaneously flooring the throttle (the system will hold the revs at 4000rpm), and then release the brakes to unleash colossal, absurd forward thrust.

Without our own timing equipment, we couldn’t double-check Nissan’s claims, but given the total traction (even on that damp surface) and ferocious acceleration, that supercar-beating century sprint time may not be an empty boast. 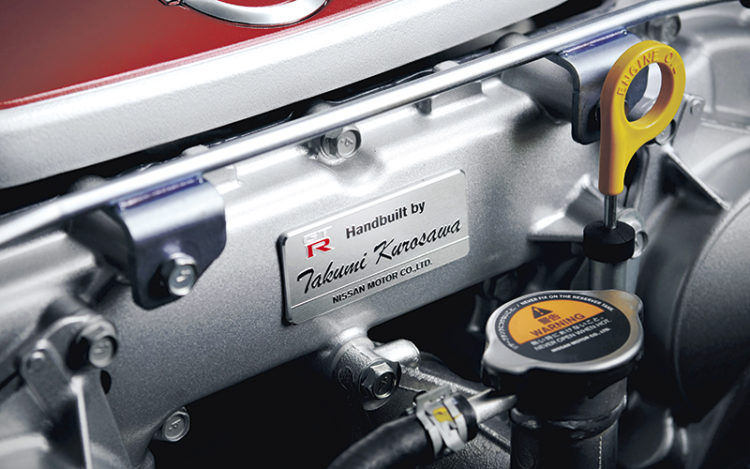 The best part is, you can indulge in this party trick again and again. Employing the launch control repeatedly won’t invalidate your warranty, unlike with the early GT-Rs (as an outraged Hitler discovered in the spoof Youtube video – look it up if you haven’t seen it).

Mizuno-san also says that the chassis mods have improved the ride. A short stint on the ducking-and-diving lanes surrounding the Sugo racetrack tells us that the GT-R is still a pretty hardcore device over bumps and such, but despite its inherent firmness, things never get harsh or crashy. If anything, that nuggety ride heightens the sheer sense of purpose that the car exudes. 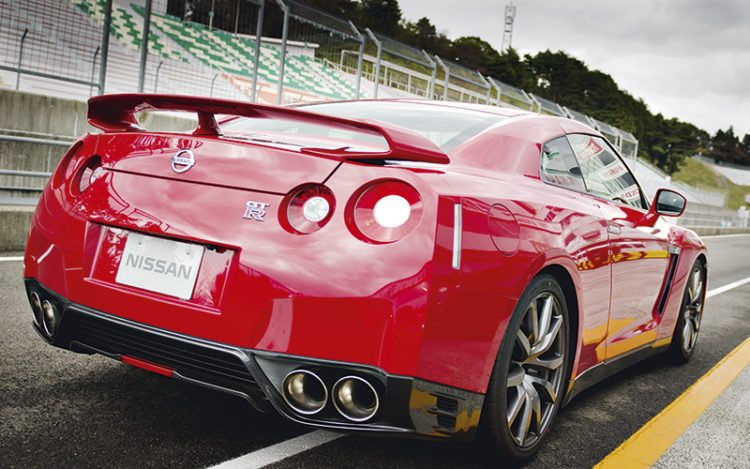 It isn’t hard to see why GT-R fanatics worship this model and supercar drivers respect it. Five years on, it is an even more monumental road-and-track weapon, and one that, despite the underlying mechanical and electronic wizardry, remains hugely involving and satisfying to drive.

Skoda Superb L&K review: Like a boss, without the cost
This site uses cookies to help us serve you better. By continuing to explore our site, you accept our use of cookies.I Accept