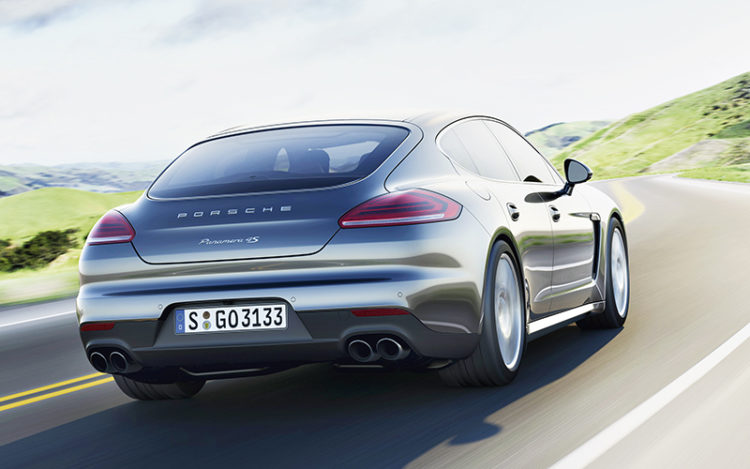 It seems like the Porsche Panamera has been around forever, but it’s actually only been four years since it made its debut, which means it’s about ripe for a mid-life nip-and-tuck. Given that the current-generation 911 still bears a strong resemblance to the 50-year-old original, it should probably come as no surprise that the visual updates Porsche have made to the Panamera are so subtle as to be nearly invisible.

If you haven’t been able to spot the changes, here’s what they’ve done. The front bumper is more assertively styled, with a squarer jaw and larger intakes. The lower inside corner of the headlamps has been chamfered for a bit more definition. The side skirts are slightly more protruberant, and there’s a range of new wheel designs. The biggest change (relatively speaking) is at the rear, where the entire tailgate is new and incorporates a flatter, wider rear windscreen.

In a bid to tidy up the rump, the tail-lights have been redesigned and their layout simplified, the rear bumper is more pronounced, and the number plate has been moved to the bumper’s lower edge. Overall, it does look better, but still slightly amorphous, especially from the rear three-quarters. For an idea of how good a Panamera can look with a different rear end, check out last year’s Panamera Sport Turismo concept car, with its practical and achingly cool station wagon body. 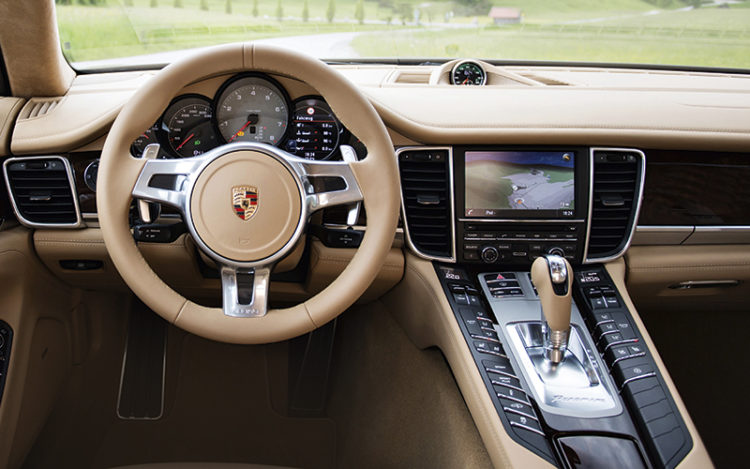 Cabin of our test car is sumptuous, but in true Porsche fashion, everything is an extra-cost option.

As part of this update, Porsche has also created a stretched version of the Panamera, which it calls the Panamera Executive. With a 150mm longer wheelbase and 120mm more rear legroom, it’s targeted at the Chinese market, where the typical Panamera owner spends more time in the back than in the front. The longer glasshouse arguably also improves the car’s proportions and adds visual gravitas.

But to the dismay of local towkays, the Panamera Executive won’t be sold in Singapore as only left-hand-drive versions will be made.

Enough about the aesthetics, perhaps the most significant change is the introduction of an all-new 3-litre twin-turbo V6 engine under the hood of the Panamera S and four-wheel drive Panamera 4S. This engine takes the place of the old 4.8-litre, naturally aspirated V8. In time, this powerplant will also serve duty in the Cayenne. 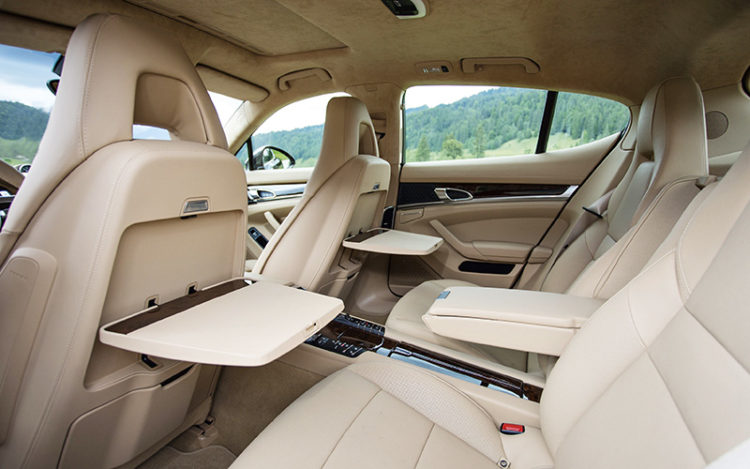 Despite being 30 percent down on displacement, the new powerplant punches out 420bhp of power and 520Nm of torque, trumping the outputs of its predecessor by 20bhp and 20Nm respectively and at lower revs, too. Incidentally, these are remarkable figures for an engine of this size – the equivalent 3-litre forced-induction engines from BMW and Audi, for instance, dish out power figures below 350bhp and torque in the range of around 450Nm.

With the added urge on tap, zero-to-100km/h sprint times in the Panamera S and 4S drop to 5.1 seconds and 4.8 seconds respectively (previously 5.4 seconds and 5 seconds), and top speeds rise to 287km/h and 286km/h (up from 283km/h and 282km/h). As you’d expect given the downsizing, the new engine is also far more frugal, its headline consumption figure dropping by an impressive 18 per cent to 11.2km per litre.

Another happy consequence of the smaller engine is a reduction in weight and a resultant rearward shift of the car’s centre of gravity to the benefit of handling.