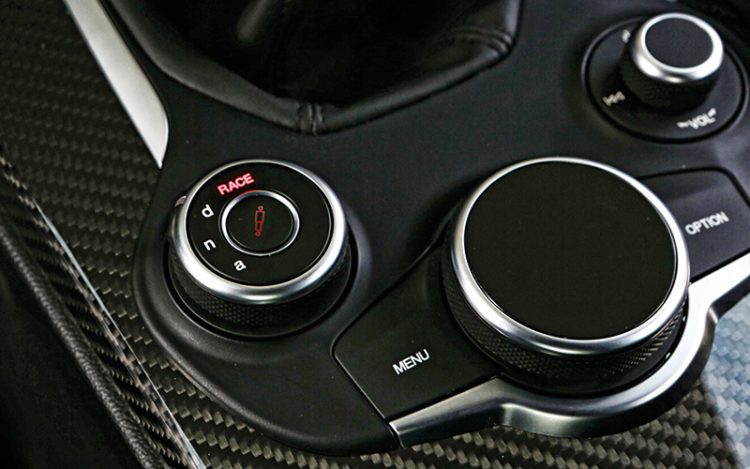 The GQ V6 is a responsive device, reacting promptly to throttle inputs and revving immediately from grumbling-in-background to rumbling-in-foreground.

The V6 is expressive, too, clearly conveying its intent to the driver at every point of the excellent performance.

The soundtrack produced by the six cylinders and four exhaust pipes is more forceful than tuneful, so it’s closer to Maserati than Pavarotti, but there’s operatic drama to be enjoyed at the far end of the “Giri x 1000” tachometer.

The red gradation starts at 6600rpm, but the needle sweeps beyond that and only calls it a day at about 7300rpm where the slick rev limiter resides.

Transferring the power to the rear wheels (the GQ’s 19-inch rims look best to me with the “five-leaf clover” design) is an 8-speed automatic gearbox.

It shifts less sweetly than today’s BMW 8-speeder and Benz 9-speeder when tooling around town, but picks up the pace in sync with the driver’s performance demands and accelerator pedal angle.

Tapping those paddles is more satisfying than pushing/pulling the lever, but they sometimes get in the way when I’m reaching for the stalks.

Need to drop a gear here and now? Done! Want to kick-down two or three gears at one go? Go!
The automatic goes ballistic in Race mode which is, well, the raciest option offered by the GQ’s behaviour modifier called Alfa DNA Pro. 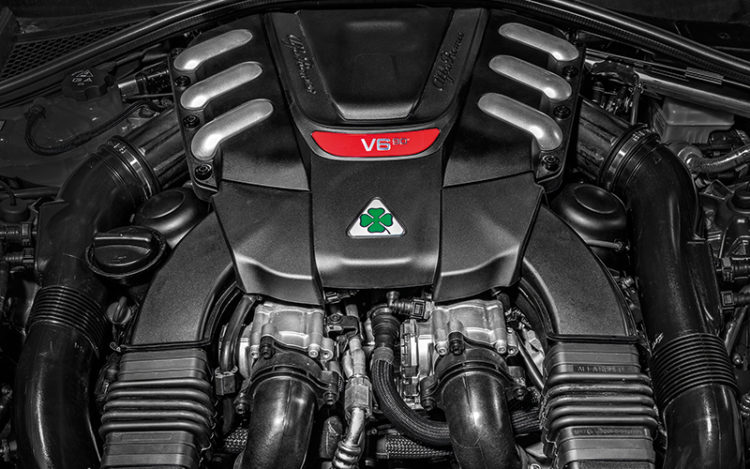 The GQ’s virile V6 is stronger than a triple-shot of espresso early in the morning and can gulp high-octane fuel like a coffee junkie.

The system, operated by a knob on the centre console beside the driver, modifies the behaviour of the engine, transmission, suspension, steering, brakes and torque-vectoring rear differential.

The system also changes the instrument display to match the mode. For instance, Race mode shows video game-ish graphics including a lateral-g monitor, while Natural shows an eco-coded colour picture of our planet and an unreadable fuel economy graph.

Selecting Race mode also brings up an in-dash message, “Best RACE experience with shifter in manual”. If you follow the recommendation, there’ll be a dramatic “Shift” prompter to remind you to upshift.

Atop the selector is a button with a damper symbol, which tweaks the damping force separately (to Soft or Mid) and hence slips an adjustable velvet glove on the iron fist of the racy suspension.

The system has three more modes in addition to Race – Dynamic, Natural, Advanced Efficiency (Alfa’s “DNA”, in other words). The “A” is a petrol-saving mode able to deactivate one bank of cylinders.

My favourite mode in the GQ is Dynamic. It gives the car an eagerness to get a move on, without being impetuous. And it accentuates the already obvious sportiness of the car, without making the chassis go crazy or turning the autobox into a power-crazed autocrat.