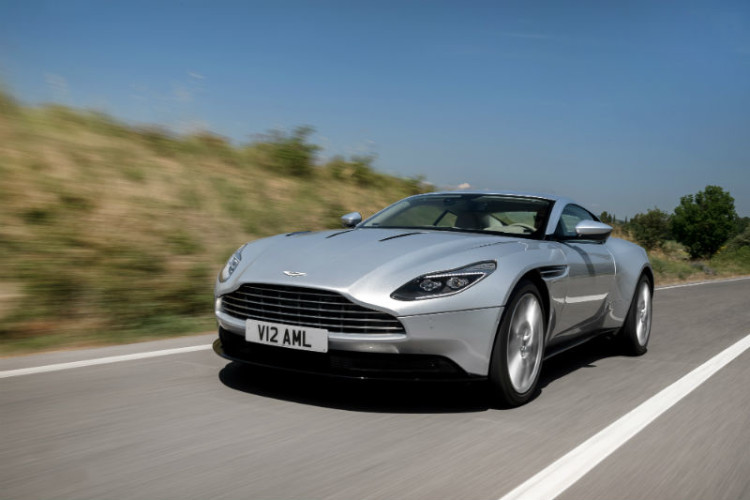 It is hard to believe that the Aston Martin DB9 has been around for 12 years – an eternity in the automotive world – even if the car still looks hauntingly beautiful.

Its long-awaited successor is the DB11, which is as beautiful, but is more athletic and modern with its sharper, more well-defined curves.

Its bodywork hides some neat aerodynamic tricks. Those curlicues by the front fenders are actually vents that reduce front-end lift. 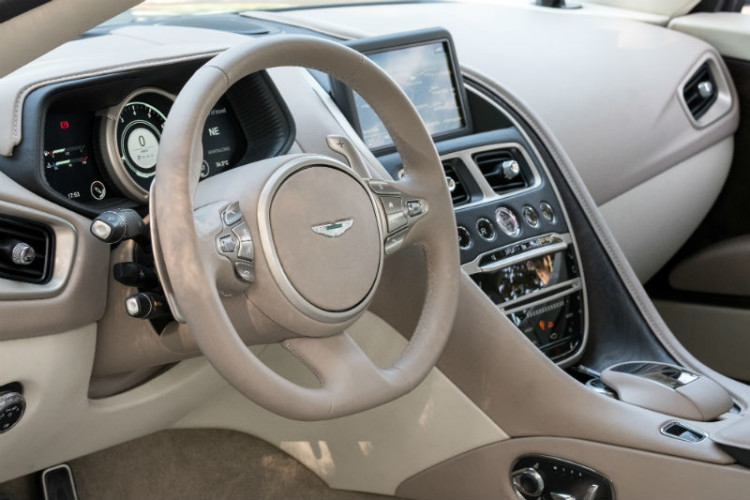 To mitigate rear-end lift, the car has vents hidden at the base of the C-pillars, which channel air through ducts and out towards a discreet aperture on the boot lid.

The DB11 is only marginally longer and wider than the DB9. Its wheelbase, however, has been stretched by 65mm and now measures 2840mm. This bodes well for interior space. The cockpit is still snug, though. A low seating position and a steeply raked windscreen contribute to this.

As expected, the DB11’s cabin is exquisitely finished. Six cowhides line the interior – even parts of the ceiling. The DB11 is the first Aston to have Mercedes parts (Daimler owns 5 percent of the British marque). Its indicator stalk and infotainment controls will not look out of place in a Merc C-Class. 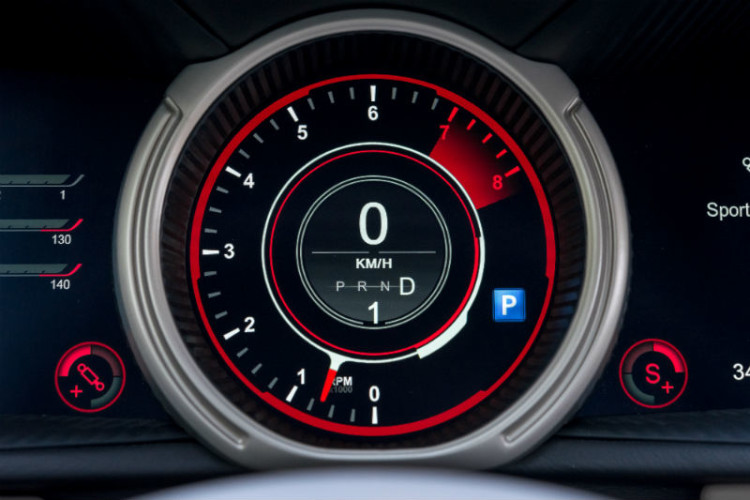 Its electrical architecture also comes from the German carmaker. Aston Martin should have kept its previous jewel-like analogue dials though. The DB11’s fully digitised instrument panel looks cool, but it is nowhere as dazzling.

The DB11 boasts a twin-turbo 5.2-litre V12 that pumps out 600bhp and 700Nm. It makes the DB11 the most powerful regular production Aston.

Apart from being its first turbocharged engine, this V12 is also the first to have a stop-start system and cylinder shutdown – a feature that allows the car to cruise on six cylinders to conserve fuel. 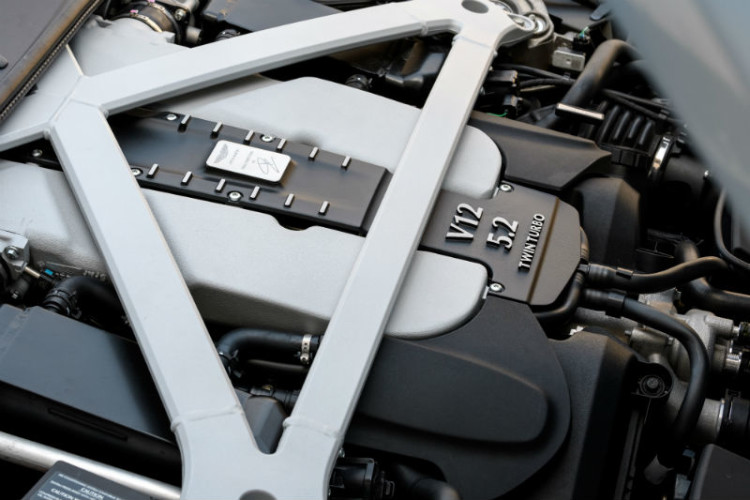 This function alternates between either bank of cylinders every 25 to 30 seconds, to ensure that the components remain at an optimal operating temperature.

Thumb the ignition button and you will hear a whirring of the starter motor before the mighty engine awakens with a sonorous roar. 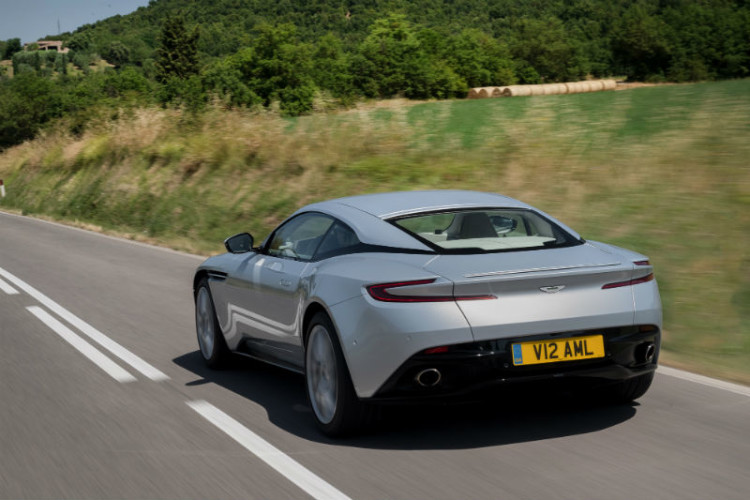 As I eased the DB11 onto the first of many winding country roads, I was immediately struck by the linearity of its power delivery. Even in the drivetrain’s default GT mode, there is no obvious turbo lag.

The car performs best in Sport+ mode, the sportiest of the three settings. Here, the engine is at its most responsive and the exhaust at its loudest. In tunnels, downshifting to hear the “brap-brap-brap” throttle blips before speeding up again becomes addictive.

The car’s acceleration is searing – the V12 just pulls and pulls. Whether it is from 50kmh to 100kmh or from 150kmh to 200kmh, the DB11 never feels short on power. Its ZF eight-speed automatic is also impressive. In manual override mode, it feels as quick as a dual-clutch gearbox.

Complementing this performance is the chassis, which Aston Martin says is 25 percent stiffer than the DB9’s. With adaptive dampers, the ride is most comfortable in GT mode, but the intermediate Sport setting has the best balance of ride and handling. 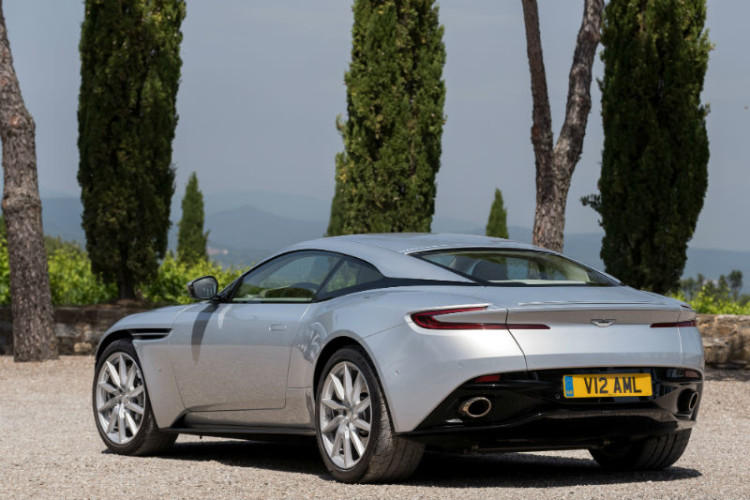 The car feels nose-heavy and unwilling if it is driven aggressively around corners – an undertaking probably more suited to its Vantage cousin. It feels more at ease and natural if you dial down the testosterone.

All-round visibility is challenging and its backseat space is tight, even for small children. The test-car’s air-conditioning was glitchy, making the drive uncomfortable. Aston technicians could not resolve the issue. One of them even asked me why the temperature was “turned all the way up to 19 deg C”.

That, however, is unlikely to dissuade Aston Martin fans who have been waiting for an excuse to trade in their DB9 for a hot, new number.