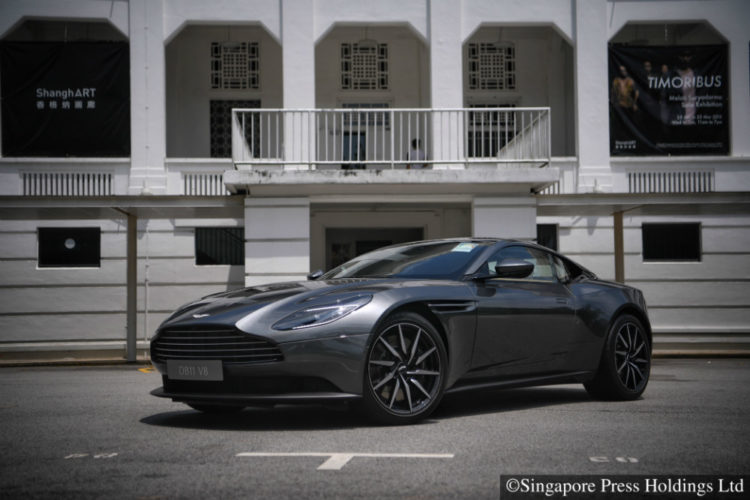 The DB11 V8 is the first Aston Martin to be powered by a 4-litre bi-turbo V8 developed by Mercedes-AMG.

The DB11 V8 has four fewer cylinders than its more illustrious sibling, but it is only a little worse for it.

Its output deficit of 97bhp and 25Nm is not apparent on the road. In fact, at 115kg lighter than the V12, the V8 feels rather nimble and quick.

There is a litheness, especially around corners. The car yields readily to steering and throttle inputs. It is smooth on the straight and stable at high speeds. It exhibits precision and control and maintains its composure even when provoked.

It is not just about the weight, but also how it is distributed. The V8 variant carries 85 percent of its weight between its wheels and feels very well-centred.

This is the first Aston Martin to be powered by a 4-litre bi-turbo V8 developed by Mercedes-AMG. Engineers at Aston Martin’s headquarters in Gaydon, England, added new engine mounts, air intake, wet sump and Aston’s unique engine mapping. Its exhaust has a distinctive mellow bellow, rather than a hostile howl.

While the car is sharp and responsive, toggling between its GT, Sport and Sport+ drive modes is a cumbersome affair, requiring precise inputs to steering-mounted tabs while gingerly avoiding the scroll buttons for the infotainment set.

There are nine permutations, each producing discernible differences in gearbox, throttle, exhaust, suspension and steering traits. 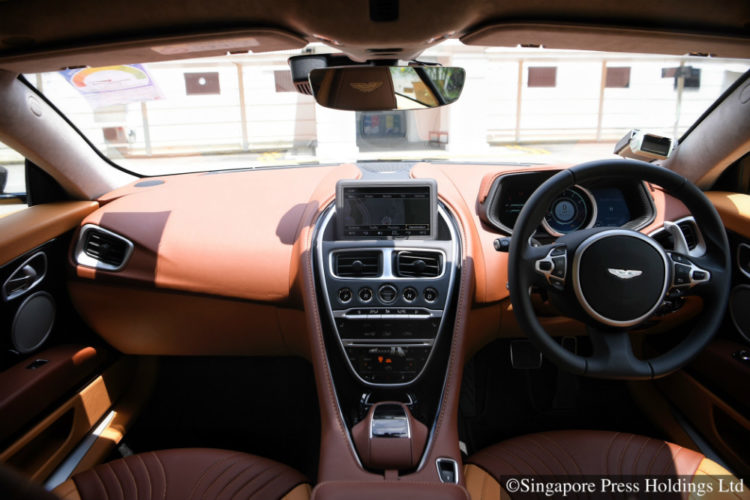 This is made all the more enjoyable in paddle shift mode, where the transmission does not automatically upshift.

The DB11 is as visually captivating as it is behind the wheel. Like its V12 sibling, its silhouette appears to have been sculpted by the wind.

A clamshell hood minimises shutlines, which disrupt visual continuity. Its iconic grille is regally decked out with an insignia made by Vaughtons.

The only external tell-tale signs of its lesser status are its unique alloy wheel finish, darkened headlamp bezels and a pair of vents on the hood (instead of four on the V12).

Inside, you can luxuriate in the scent and touch of hand-stitched leather covering almost every perceivable surface. It is hard to not let the contrast-stitching pattern on the seats, Alcantara headliner and solid aluminium door handles get to your head, perhaps making you forgive the limited boot space and rear head and knee room.

Mercedes’ Comand infotainment system takes centre stage in the cockpit. It is not the most user-friendly around, even if it is encased in leather.

Ignore that and you can focus on the machine and its emotional soundtrack, which will no doubt be amplified in a convertible Volante variant due in the second quarter.