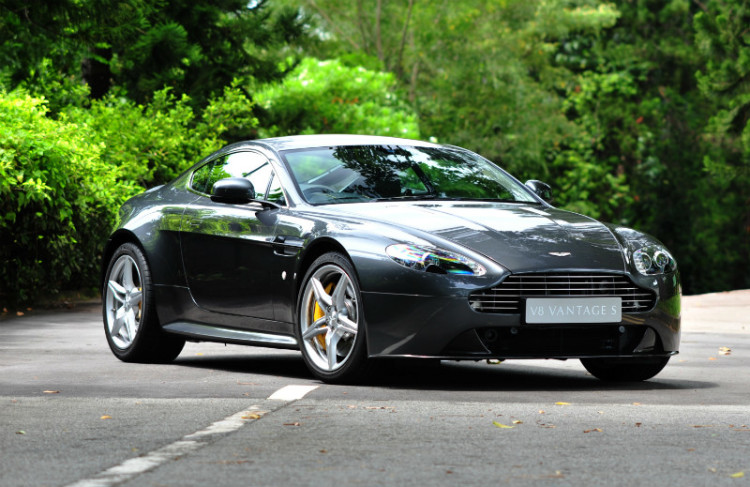 If the Porsche 911 is like a digital camera, then Aston Martin’s V8 Vantage S must be an analogue one that uses film.

The former has plenty of bells and whistles. The latter has few bells, but it will draw plenty of whistles with its looks and erotic-sounding V8 motor.

Indeed, it is hard not to give the V8 Vantage S a second, lingering glance if you happen to walk past it. The coupe’s sultry appearance is down to its long bonnet, pert rear and taut lines. Those wide haunches are very attractive, too.

That the car’s styling has essentially remained unchanged since the model debuted over 10 years ago makes it even more impressive. 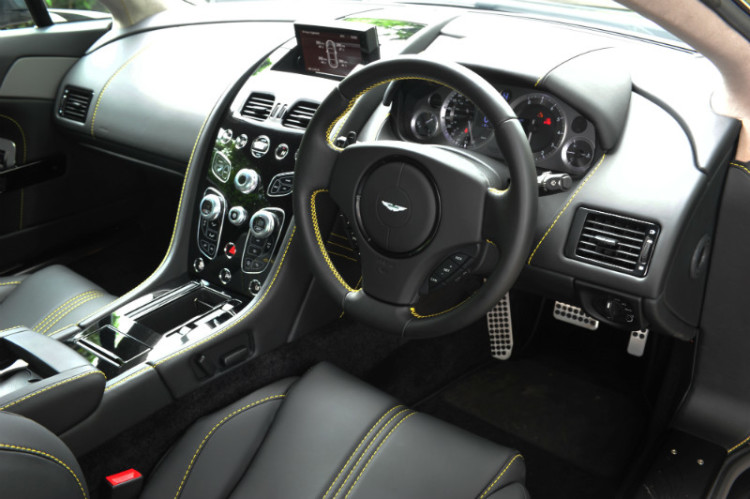 The Vantage’s age only becomes apparent once you’re in the cockpit. The most modern items here are the touch controls on the centre panel. Even the infotainment system (which does have Bluetooth connectivity), is basic by today’s standards. The prettiest item in here is the instrument panel, which has a jewel-like quality to it.

The leather upholstery, however, is undeniably luxurious. Every section covered in it is painstakingly hand-stitched, and I was told that the hides came from a single cow.

Naturally, customers can specify the exact type and colour of the leather used, along with the kind of stitching they prefer. Even the gap between stitches can be specified. This is old-school, old-world craftsmanship. 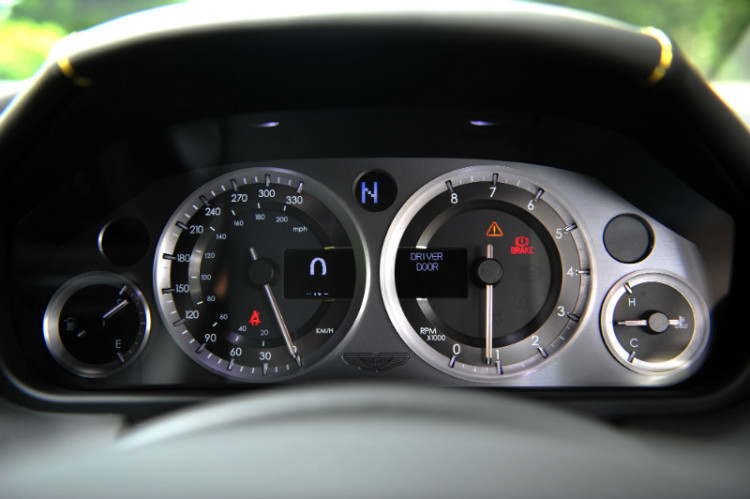 Just as old-school is the car’s performance. Unlike modern-day rivals, which rely on forced induction engines, the V8 Vantage S delights drivers with its naturally aspirated, 4.7-litre V8.

The motor fires up with a loud bark, before settling into a rumbling idle. Put the gearbox in “D” (by pressing the button so-labelled) and the coupe emits a low growl as it begins moving.

It’s all very dramatic, and the soundtrack only grows louder and more enticing as you squeeze the throttle pedal. Few cars today can titillate the driver in this manner. 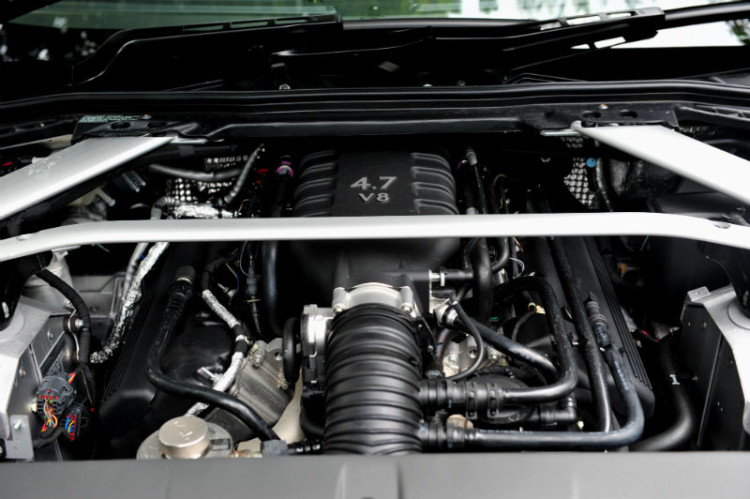 Despite having 430bhp under its bonnet, the V8 Vantage S is perfectly at home being driven at sensible city speeds. The bassy, grumbling nature of its V8 ensures that you’re aurally entertained even if you’re only driving the car at 30 percent of its ability.

Speaking of sensible, I was amazed to discover that this Aston had no issue with carpark ramps or speed bumps, despite its low front clearance. It manages to clear these urban obstacles without the use of adaptive dampers or a front lift kit.

The car handles as keenly as expected, and is ever eager to obey the driver’s bidding. You’ll love the car’s electrohydraulic steering setup, too. It’s weighty, precise and quick, with just 2.62 turns lock-to-lock. 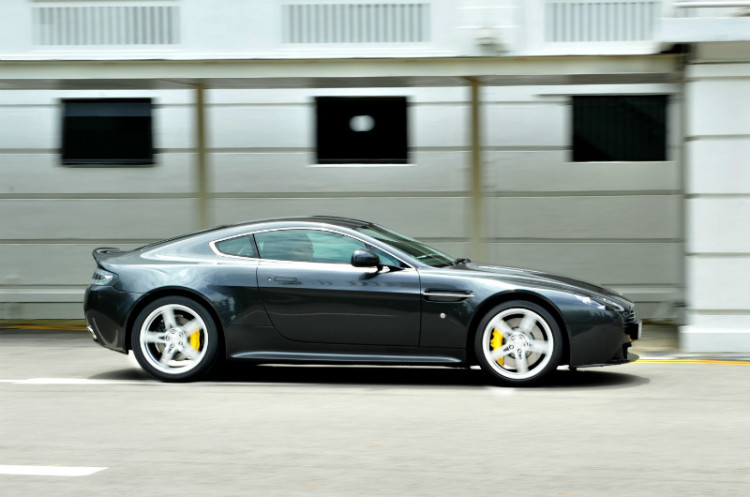 It makes one wish that twisty mountain roads would suddenly manifest all over our island.

What I did also wish for was a manual gearbox. The Sportshift II transmission in this car is a robotised manual, which isn’t as clunky as expected. But you still have to lift-off the accelerator pedal just as you feel the gearbox about to shift up, to prevent shift-shock.

Aston Martin says that this system lets the driver enjoy the convenience of an automatic, while still keeping him “involved”. 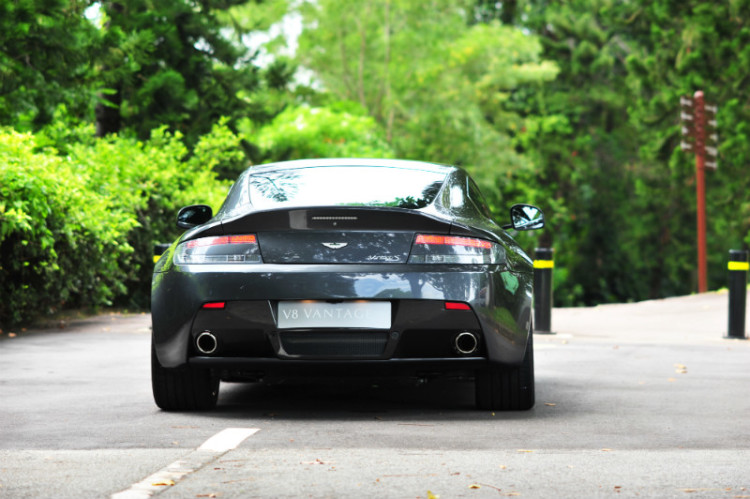 I see it as proof that this car is, indeed, akin to an analogue film camera. It certainly isn’t as quick or as high-tech as its rivals.

Driving the V8 Vantage S is like choosing to shoot a film camera in the digital age. It’s a trickier process, but also one that’s hugely gratifying.