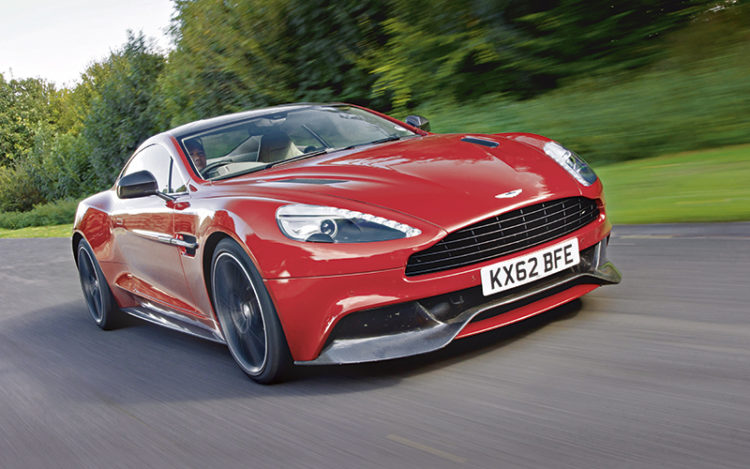 The original Vanquish was made famous by its appearance in the 2002 Bond film, Die Another Day. Ten years later, its successor has arrived, so James can now drive another day, in a more modern Aston. The newcomer also replaces the Virage, a virile but short-lived V12 coupe that found just 1000 buyers worldwide in the last 18 months. Retired along with it is the DBS, another V12 epic.

The latest Vanquish is the ultimate expression of Aston Martin’s VH (Vertical Horizontal) architecture, which underpins all of today’s Astons. According to the firm’s director of product development, Ian Minards, VH is not a platform per se and it doesn’t mean dimensions. Instead, it is an engineering methodology – the “Vertical” axis is the individual product chassis, while the “Horizontal” axis consists of shared systems and components, both mechanical and electrical. Together, they are VH – the basis of every regular Aston model. 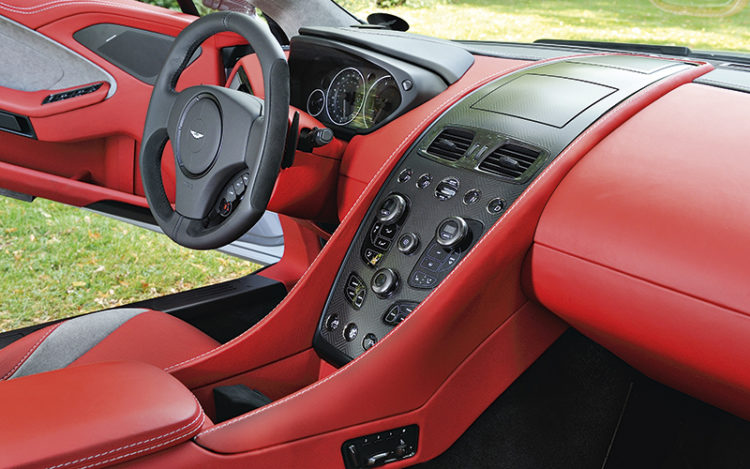 In the lap of luxury, and able to do fast laps from one holiday home to another.

The irregular One-77, an Aston limited edition (77 units, all sold), inspired the look of the Vanquish. With its chiselled lines and bellicose bodywork, it is clearly a step-up in design versus the DBS and Virage, although the styling connection is evident. Important design differentiators include the side strakes, front spoiler and that “see-through” rear wing integrated with the boot lid. There is also a special colour, Skyfall Silver, to mark the car’s “non-cameo” in the newest 007 movie.

Like the One-77, the Vanquish body is made of carbon, but the spaceframe structure is still in bonded aluminium. The DBS only used carbon fibre for its bonnet, boot and front fenders, whereas the Vanquish has gone the whole nine yards with the exotic material – every external panel is “weaved” from it, so spotting a single piece of metal on the outer skin is really difficult. The generous application of carbon fibre on the Vanquish not only reduced its weight (nearly 100kg less than the previous Vanquish), but also allowed the stylists to “draw” complex forms that metal stampings cannot replicate easily. 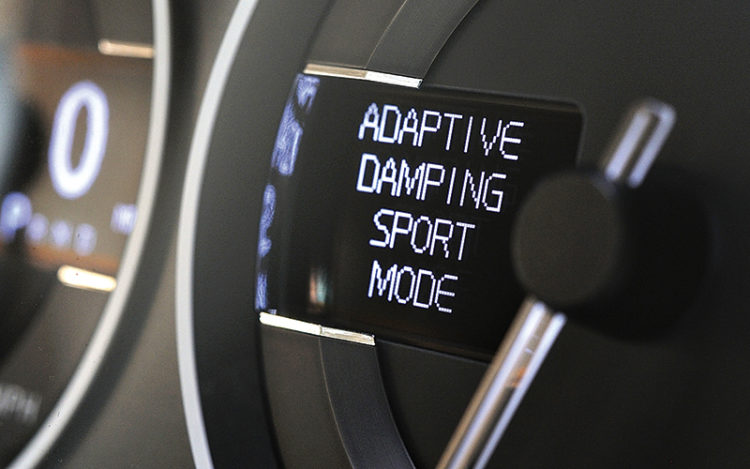 About 75 percent of the parts are new, qualifying the Vanquish as a new-generation Aston, but that still leaves one-quarter as the familiar stuff. And the most well-known would be the 5.9-litre V12 (still called a “6.0” by Aston marketers).

Its upgrades for this application include a modified block, a revised head with dual variable valve timing, a better fuel pump, enlarged throttle bodies and a “big wing” intake manifold. The output is 565bhp, significantly more than the 12-cylinder in the 517bhp DBS and also the highest in Aston’s powerplant range bar the bespoke 750bhp 7.3-litre V12 in the One-77. The future “Vanquish S”, if it happens, should have 600bhp at least. 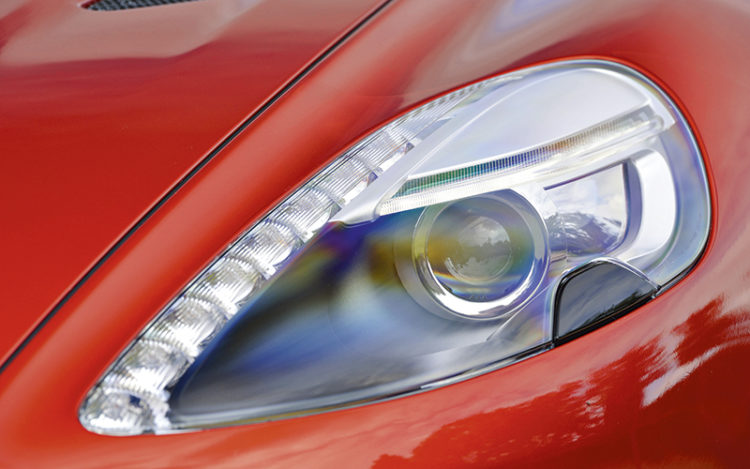 The unit not only produces a lot of power, it also makes a lot of (nice) noise, especially when the pair of bypass valves in the exhaust plumbing open and route the exhaust pulse straight past the exhaust muffler. The resulting “war cry” is almost out of character for a gentleman GT, but lower the windows anyway to enjoy the “West End musical” even more.

The Vanquish windows are indeed down half the time during my long drive through the British countryside. The ride is exemplary, despite the route having severe undulations and imperfections along the way – the Vanquish sails over them without bottoming out. Even with the Adaptive Damping System (ADS) switched from Normal to its firmer Sport mode or firmest Track mode, the ride remains excellent throughout. 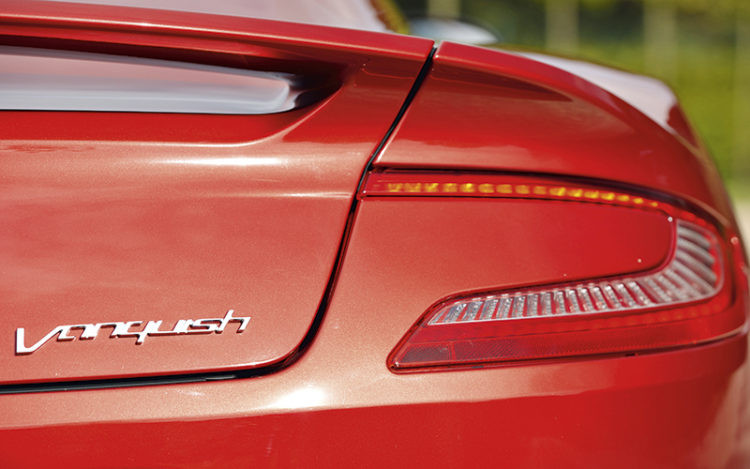 The handling is impressive, too, but of course. Torsionally, the coupe is 25 percent stiffer than the already rigid DBS, while its front chassis structure is 13 percent lighter. The engine even sits 19mm lower compared to the outgoing V12 DBS, thereby moving the car’s centre of gravity closer to the ground. The 20-inch footwear comprises 255/35 front and 305/30 rear P Zeros, which generate phenomenal grip yet offer an unbelievable amount of cushioning over poor surfaces. With these fantastic basics in place, the performance suspension and precise hydraulic steering of the Vanquish can work their magic.

Switching between the Normal, Sport and Track settings for the adaptive dampers, the change in their “hardness” isn’t dramatic, but it immediately and significantly alters the “resolving” ability of the suspension. It’s done so progressively that it might surprise supercar drivers expecting a super-stiff Sport mode, and the two higher levels of damper control can be used all day without shaking your fillings loose over rippled tarmac. 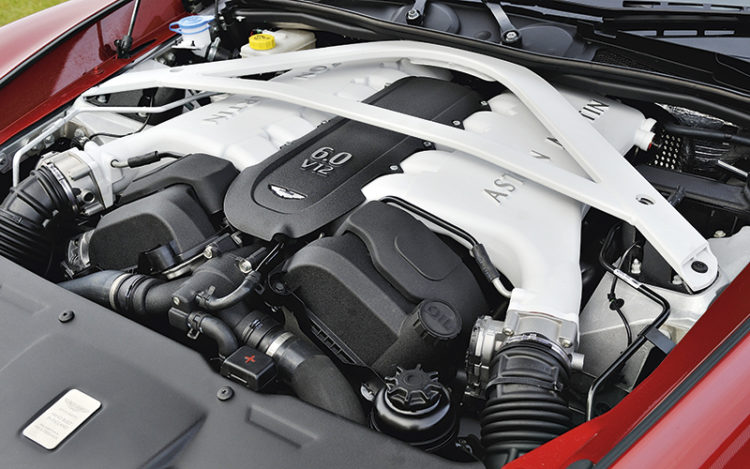 Thankfully, the suspension can be tweaked independently of the transmission, so you could have the former in Sport and the latter in Normal when you want sharper handling without a crazier engine.
Naturally, there is Launch Control to summon all 565 horses at one go, yet there is just a chirp from the rear hoofs at the start of the horsepower stampede. Burning those tyres would be expensive, even for an Aston owner, so it’s probably a good thing that the Launch Control is this efficient. Nought to 100km/h in just over 4 seconds is serious acceleration, by the way. This car can hit almost 300km/h, where permitted.

The only gearbox for the Vanquish is a torque converter 6-speeder with fast-acting paddles, called Touchtronic 2. It works smoothly in town, and its semi-auto shifting is as responsive as that of a quick dual-clutch such as VW’s DSG. 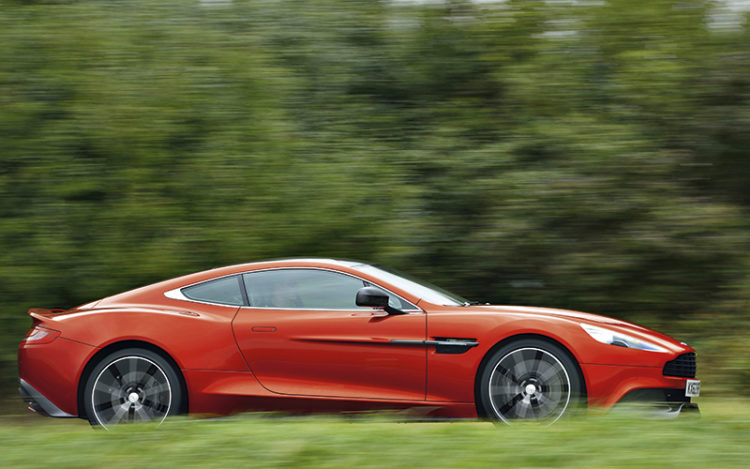 This is not a stripped-out sports car, but a very sporty grand tourer, so the cabin has all the trappings of Aston-style affluence. Exquisite Alcantara headlining, lovely full-grain leather everywhere, electric everything… But the dashboard shape is still shared with the DBS and DB9, so Vanquish buyers are likely to customise the cockpit for themselves. One tempting option is to have the fascia, inside door handles and paddle-shifters in exposed carbon fibre. Just ask politely (and be prepared to pay handsomely).

“Skinny” carbon fibre bucket seats are another possibility. Speaking of seating, this swoopy two-door can be ordered as a 2+2 or a 2+0, the latter with flexible storage in the rear. It is slightly roomier than the DBS, but the Vanquish is far more comfortable for the driver and co-driver than it is for back seat passengers. 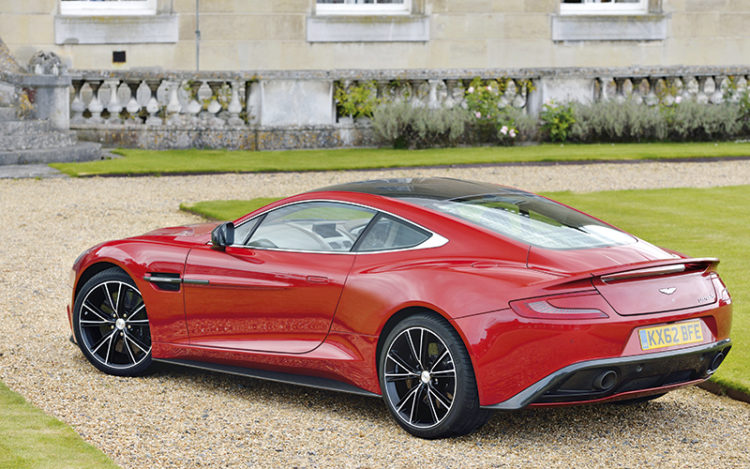 The Vanquish repeats the Aston design template, but with a carbon fibre body.

In conclusion, although the new Vanquish is a stylish evolution (of the DBS/DB9 formula) rather than an English revolution, it makes a fabulous flagship that is instantly recognisable as an Aston Martin. There are rival machines with more power (such as the Bentley Continental GT Speed), or greater beauty (such as the Ferrari F12berlinetta), or stronger soul (any Maserati), but none manages to weld “power, beauty, soul” together quite as well as the Aston Vanquish.