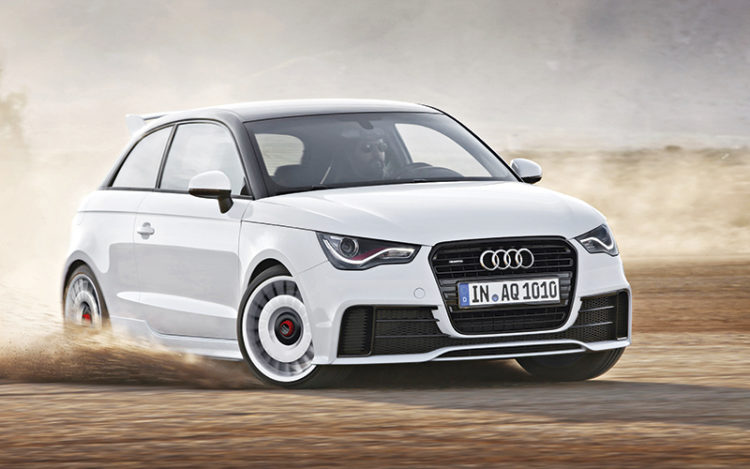 This is as small as it gets – an Audi “quattro” in A1 size. In the German automaker’s normal nomenclature, this special pocket rocket should be christened the RS1 – just like the even faster version of the S3 is called the RS3.

Problem is, there’s no such thing as an Audi S1, with the fastest A1 so far being the 185bhp Twincharged 1.4 TFSI model, which cannot be called the S1 because it is front-wheel-drive and not a quattro.

Without an S1, there was no case for an RS1. What the European motorheads got instead is the A1 quattro, done not by the company’s high-performance subsidiary, quattro GmbH, but by the boys and girls in the Audi factory who manufacture the regular passenger vehicles. This makes the ultra-supermini even more unique. 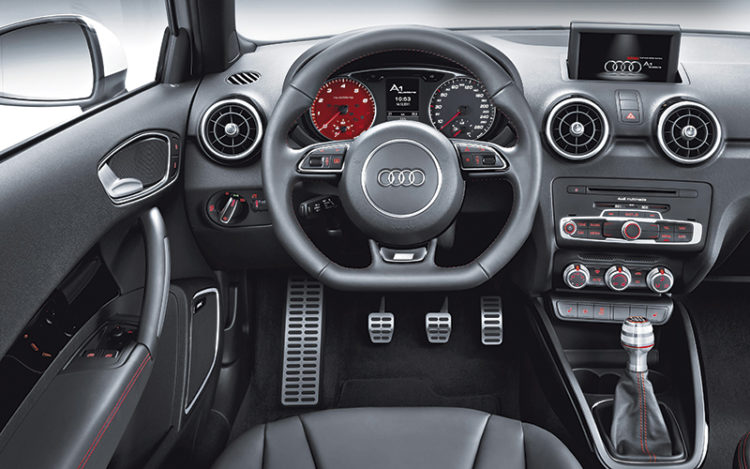 No other Audi A1 shares any of this car’s underpinnings. A turbocharged 2-litre engine borrowed from the Audi TTS was shoehorned under the bonnet.

With four valves per cylinder, variable intake timing, direct fuel injection and twin balancer shafts, this 4-cylinder is impeccably smooth and delectably lusty. For the A1 quattro, it has been tuned to produce 256bhp at 6000rpm and sustain 350Nm between 2500rpm and 4500rpm. A 6-speed manual transmission is standard, with no alternative gearbox available. 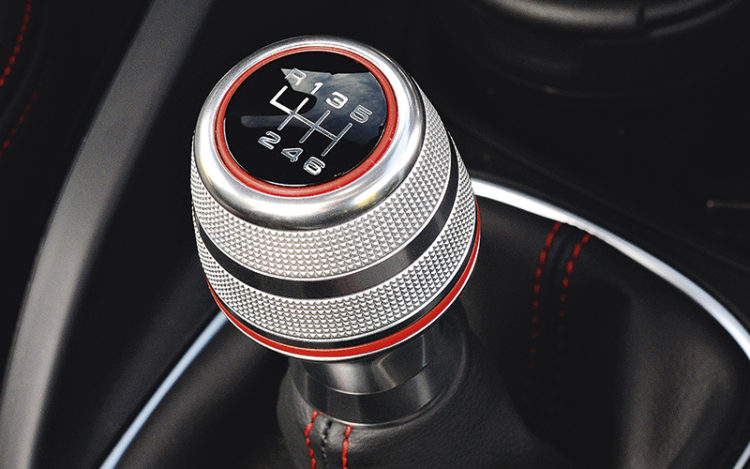 This A1’s “quattro” drivetrain has an additional differential to transmit power to the rear wheels. It is an electro-hydraulic, multi-plate wet-clutch system that is engaged by variable hydraulic pressure. As the front wheels begin to lose traction, the clutch plates start to couple and send torque to the rear wheels. A similar multi-plate system in the rear differential (which has displaced the spare wheel well) maximises traction between the left and right tyres, while a sophisticated multi-link suspension is used in place of the A1’s simple torsion-beam arrangement.

Actually, the entire rear sub-assembly is taken straight off the Audi TTS and in order for it to fit, the A1’s floorpan was extensively altered. Even the 45-litre fuel tank had to be reshaped to make room for the central transmission shaft. 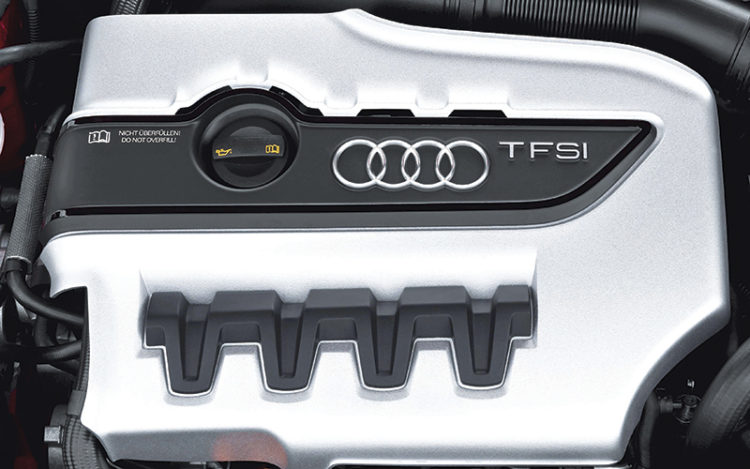 Two-litre turbo motor from the Audi TTS has been detuned to 256hp here, but it’s plenty for the A1.

So you see, calling this tyke a “modified A1” would be selling it short. It has undergone some serious re-engineering, and with a significant portion of the car being individually hand-built, it obviously isn’t an ordinary product taken off the production line.

Externally, all A1 quattros come in Glacier White with glossy black roofs. Also finished in white are those 18-inch, “turbine-design” alloy wheels that have been styled to look like those on historical quattro rally cars, with metallic red centre caps that look like quick-release nuts. You aren’t likely to mistake an A1 quattro in your rear view mirror, not only because it will probably close in on your “backside” at an alarming rate, but also because it has a front end with the biggest air intakes and bumper grilles ever seen on the tiny A1.

If you’re the one behind the wheel of the A1 quattro, you’ll be amused by the bewildered faces of other drivers overtaken by this white-hot little missile. This road weapon does the 0-100km/h sprint in 5.7 seconds, and its healthy torque gives it snappy mid-range acceleration, too. It also has a serious top speed of 245km/h. 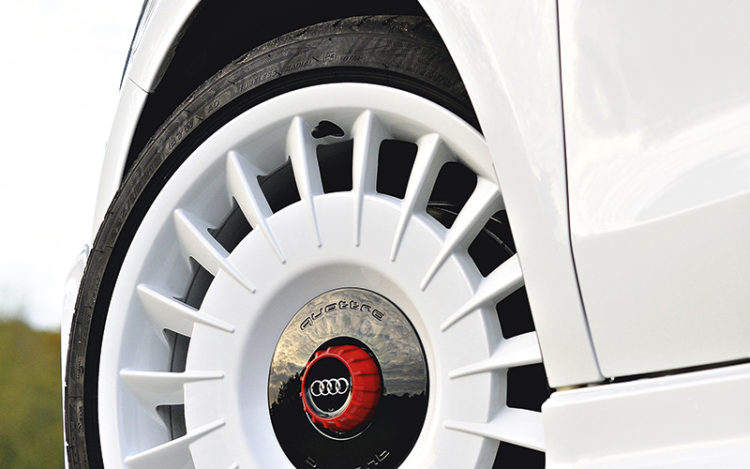 Our review of the A1 quattro was conducted mostly in the rain. You might think this to be the best scenario in which to test the baby monster, but unfortunately, the strong winds and heavy, monsoon-like downpour reduced visibility to less than 10 metres.

In the few short breaks between spurts of violent showers, the A1 proved to be capable of speeds above 180km/h in the wet, with no sign of losing grip at any of its four corners. The drivetrain was exceptionally smooth through the gears, but the 6-speed shifter felt quite rubbery and required long throws between gates. 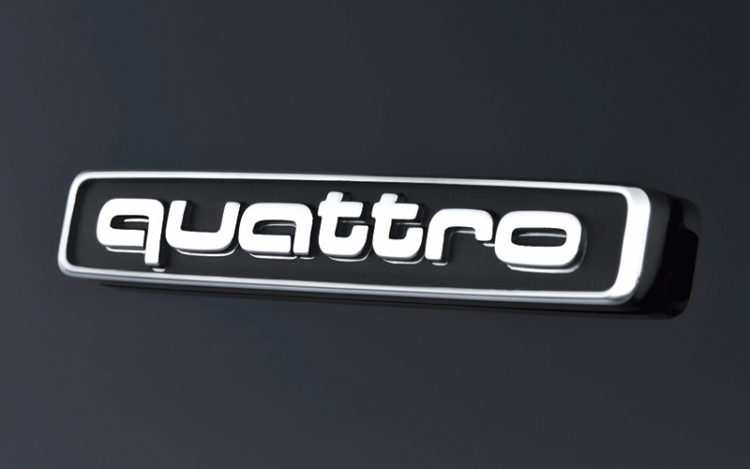 Its compact, lightweight dimensions and accessible turbocharged performance make the A1 quattro a very easy car in which to cover ground quickly. No doubt, the quattro powertrain adds to its motoring abilities when it rains or snows.

A chance to drive the A1 quattro to the west coast of Malaysia is, sadly, out of the question. Only 333 of these giant-slaying A1s will be made, and all of them are left-hand-drive. Understandably, it wouldn’t make sense to mass-produce this special number, because it would be too expensive and difficult to justify alongside the larger, cheaper and more upmarket S3. 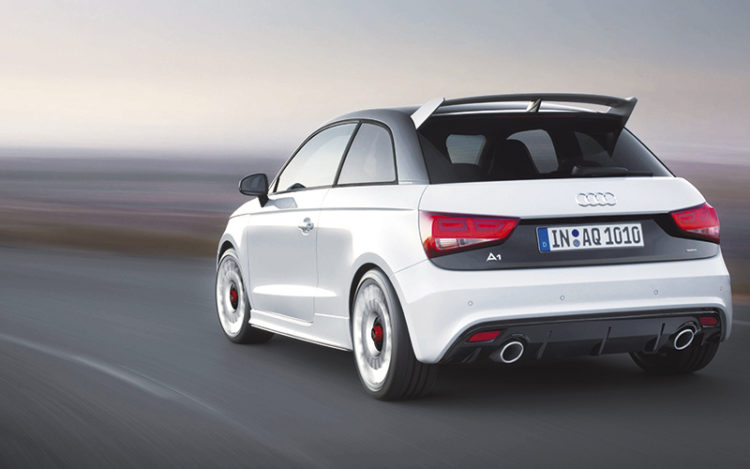 So, the A1 quattro shall remain extremely rare and utterly unique in the supermini segment. It’s well on its way to becoming a future collectable classic.