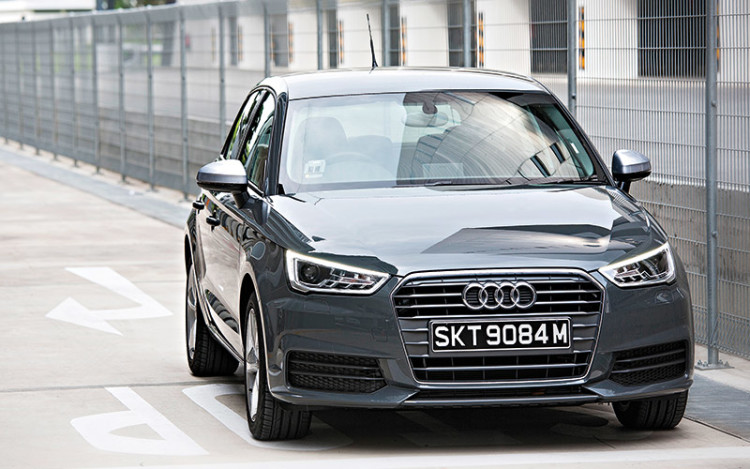 Twenty years ago, I tested my first 1-litre hatchback, the 1995 Nissan March. It had 58bhp and a 5-speed manual gearbox.

At the time, I never could have imagined that two decades later, a 1-litre hatchback can have a turbocharger, almost a hundred horsepower, seven gears, three cylinders and two clutches – just like the new entry-level A1 Sportback here.

And I would also have found it impossible to imagine back in 1995 that a 1-litre runabout in 2015 will have bright bi-xenon headlights, sleek LED tail-lights and kiasu reverse-parking sensors as standard – again, just like the baby Audi here.

Not standard are the two options fitted to the test car – paddle shifters and a centre armrest with storage.

Those paddles are neat but not necessary, because the redesigned gear lever is well-shaped, close at hand and has an S mode that’s easier to engage (just tap the lever backwards; no more tab to press). That armrest is a practical addition to the cabin. Either option costs a few hundred dollars extra.

The five-door interior will be familiar to owners of the original A1 Sportback, introduced to Singapore three years ago.

As before, they’ll find it more comfortable to sit in the front than in the rear, where the sitting angle might be too upright for some people. 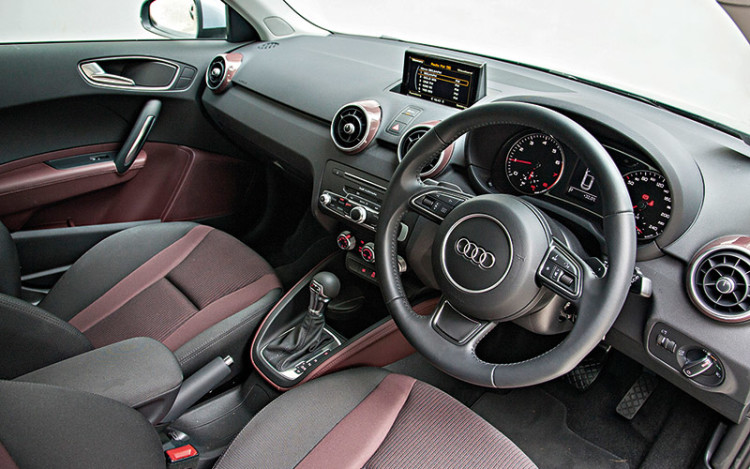 There’s nice new trim for the multimedia system’s panel and display. The fabric seats are stylishly colour-coordinated with the doors, speaker housings and dashboard vents. Yes, this new Audi comes with factory-fitted fabric upholstery instead of locally retrofitted leather.

Other classy touches include a glovebox that opens gently, slick clicks when you work the switches for the air-con and windows, and rubberised knobs to adjust the front seatbacks and their lumbar support.

But Audi’s attention to detail didn’t extend to the sunvisor mirrors (which lack illumination) and instrument cluster (which continues to use simple white fonts).

The steering wheel is still a lovely three-spoke, leather-covered affair, but now with electromechanical assistance instead of hydraulic assistance, so as to conserve energy.

I don’t know how much petrol it saves, but it’s less annoying than the car’s other fuel-saving feature, the auto start/stop that cuts the engine with a shudder and restarts it with a judder.

The turbocharged 3-cylinder idles in an offbeat, slightly vibratory manner and with a hint of an exhaust burble. It has 27bhp and 40Nm less juice than the previous 1.4-litre A1, so the latest 1-litre A1 is clearly less energetic. 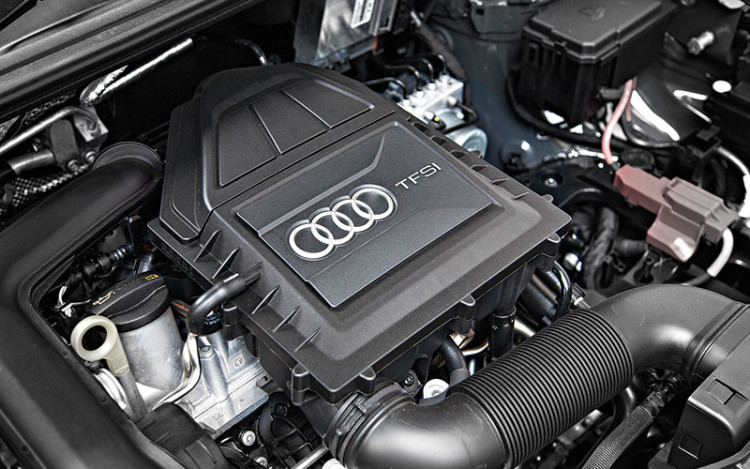 But it’s enthusiastic, working eagerly with the 7-speed dual-clutch S tronic to pull it along with seemingly “unburstable” gusto, so much so that the acceleration feels quicker on tarmac than it does on paper.

The A1 1.0 has no problem catching or keeping up with expressway traffic between 80km/h and 90km/h. It’s zesty on city streets, too, zipping between the 40km/h and 60km/h speed marks with real spirit.

Equally delightful is how the car coasts easily on a flat road with my foot off the throttle pedal, maintaining its momentum for quite a distance.

In terms of insulation against road and traffic noise, the A1 Sportback is worse than the current A3 Sportback and better than the updated VW Polo. The A1’s ride on 215/45 R16 tyres can get jiggly over rough patches, but it’s acceptable for a modern European supermini.