Audi A4 Advance review: Another A for consistency | Torque
Loading posts... 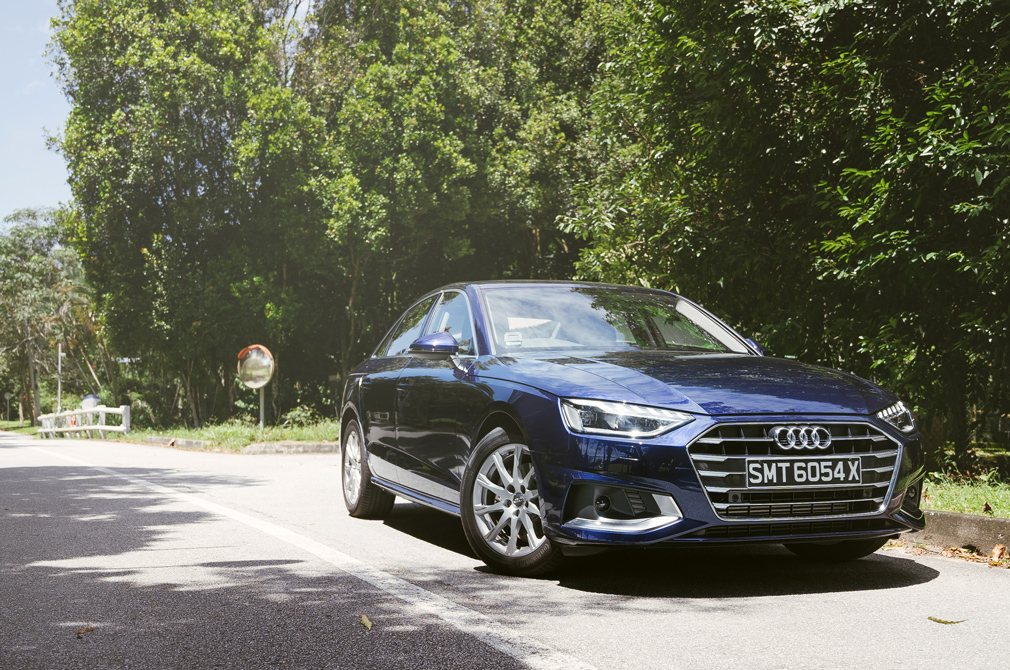 Those are the adjectives used to the describe the Audi A4 by many enthusiasts.

But is it fair to describe something competent as boring? Perhaps. Everyone is entitled to their own opinion.

Well, in the A4’s defence, it was never marketed as a “sports sedan”. In fact, when the current generation model was first launched in 2015, one of its main strengths was its refinement. Audi claimed it had the refinement of a larger saloon in a more compact package.

And the A4 delivered on this promise. Behind the wheel, it even felt like a larger and cushier car. Keen drivers criticised it. But they were never the A4’s target clientele to begin with. Audi isn’t known for dramatic styling changes. But if you look closely, the new design elements on the A4’s body are actually very striking.

Said elements include new creases along the car’s flanks, a broader and flatter grille, and a chrome strip that “links” the tail-lights together. This was inspired by the Audi A4’s larger siblings, the A6 and A8.

Speaking of lights, the LED headlights and tail-lamps are new. Dynamic indicators are standard, and optional Matrix LED headlights can also be specified.

Now, you might be wondering, what’s the point of making changes if they don’t “pop” at first glance?

Well, Audi’s knack for making subtle changes is what helps keeps the models looking fresher for longer. Launching a car with a strong or wild design is a risk – if not well executed, it immediately makes a car look dated. 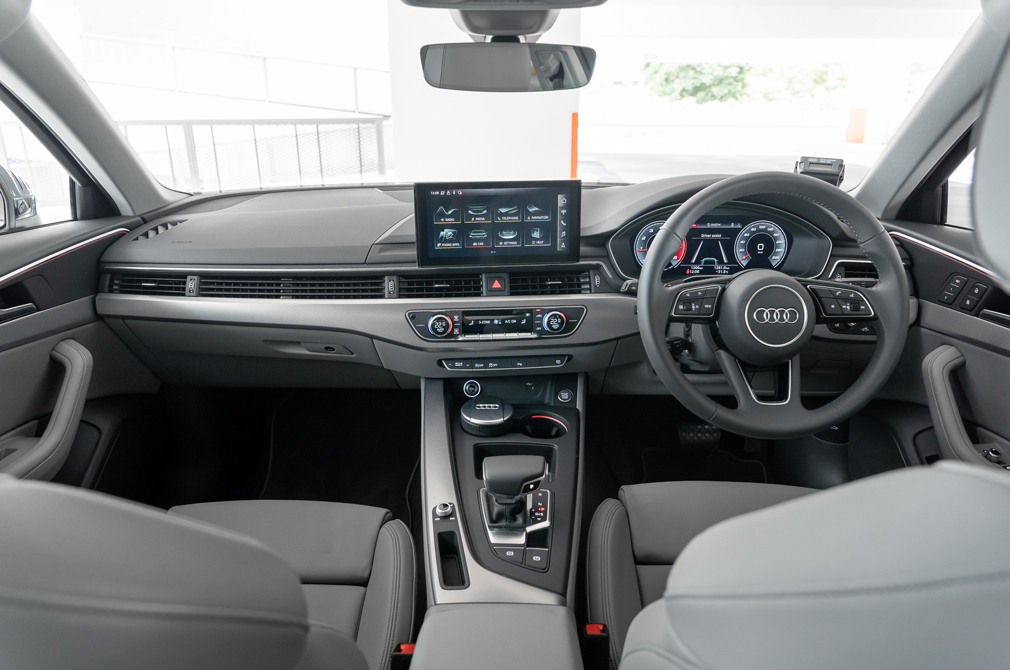 Interiors have always been an Audi strong point and the A4 is no exception.

The Audi A4’s well-built cabin remains impressive, with soft-touch materials in all the right places and buttons that emit a classy “click” when pressed.

It would seem like there’s nothing more to be done here. However, there are two major updates in the form of virtual cockpit plus and MMI Touch.

The former offers three instrument panel layouts for the driver to choose from, while the latter is the latest generation of Audi’s infotainment system known as MIB 3. 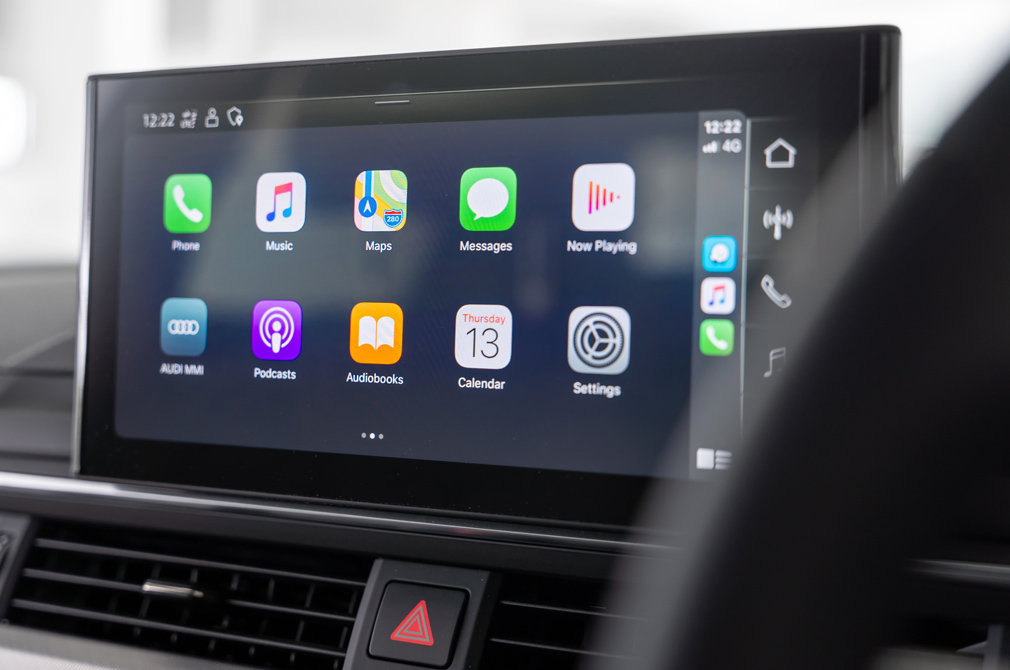 Compared to the older system, the new one has a larger screen (10.1 inches versus 7 inches previously). Because this display is also a touchscreen, it no longer needs a separate set of controls on the centre console. This creates space for an additional storage point.

However, using a touchscreen is potentially more distracting than navigating through menus with a knob or dial. Touchscreens require you to press specific points, which can be tricky to do while driving.

The Audi A4 is now equipped with a mild hybrid system. As you probably guessed, a mild hybrid is a lot less powerful than full hybrids or plug-in hybrids.

Unlike full hybrids, mild hybrids do not have electric motors that can drive the car for short distances.

However, under certain conditions, mild hybrids enable the car to coast or continue rolling forwards with the engine switched off. An integrated starter motor/alternator restarts the engine quickly when power is required.

According to Audi, this helps save up to 0.3 litres of fuel per 100km. That doesn’t sound like much, but over time, it can add up. 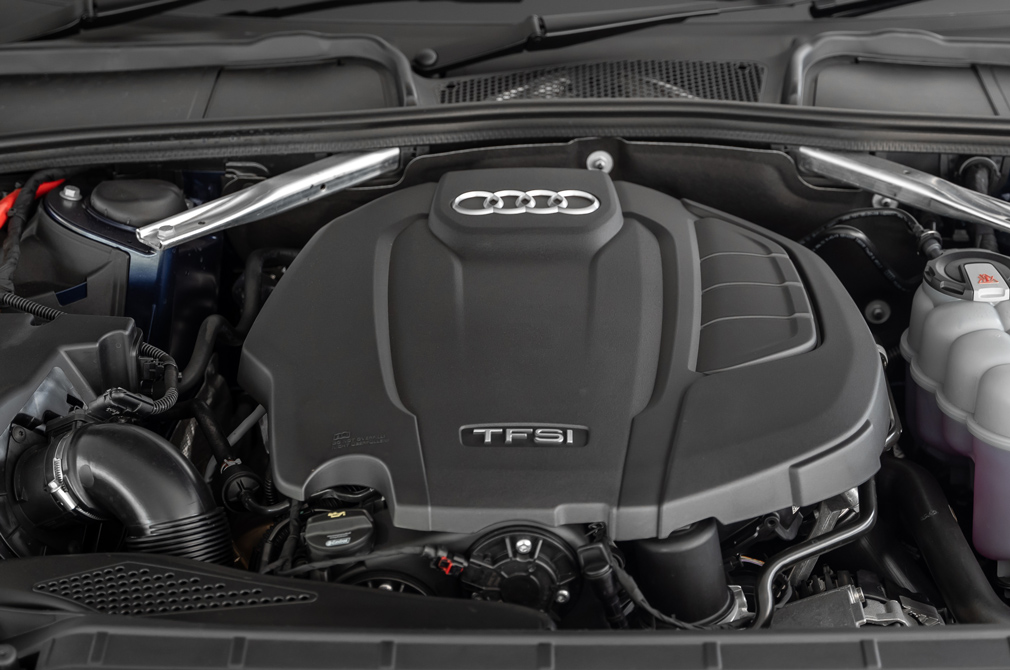 So, does this make the Audi A4 a better drive than before?

Yes and no. The mild hybrid has the potential to make the car more efficient. But impatient drivers like myself will probably overlook this feature the longer we drive, so it may not matter to us.

What I am concerned with is the car’s overall balance. It retains the refinement of a larger saloon like the A6, yet can still punch harder when performance is demanded of it.

It would have been even more impressive if Audi could hasten the drivetrain’s low-speed response. There’s palpable lag from the moment I hit the accelerator to when the car begins to move.

Obviously, I’m not expecting lightning-quick take-offs. But I do want to feel the car responding immediately, as opposed to the “Oh! Yes, let’s move!” feeling I get.

Most drivers, however, will appreciate the seamlessness with which the 7-speed dual-clutch gearbox engages, and transmits the 188hp and 320Nm to the front wheels. 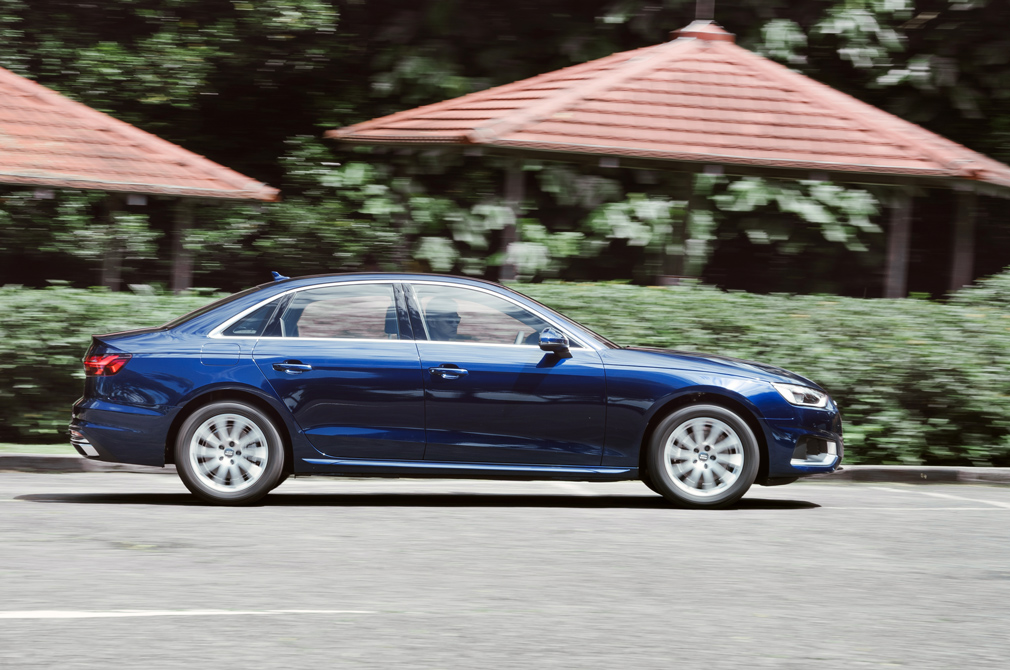 If you want an A4 that is both fast and comfortable, wait for the updated S4 to arrive.

Despite a relatively quick century sprint time of 7.3 seconds, this Audi A4 variant is not what you’d choose for a spirited drive.

The handling is neat and progressive instead of agile and engaging. It also prefers long and gentle sweeping bends to sharp corners. A laid-back pilot would like this.

This is one contender to consider if comfort is a priority. Tarmac imperfections rarely make themselves felt and the cabin’s sound insulation is wonderful.

In fact, specifying the B&O audio system with 3D sound (a $3502 option) would be a good move here.

The latest Audi A4 is reasonably quick, cushy and filled with advanced tech. The fact that it delivers on its claims of refinement is a bonus.

Is the Audi A4 boring and clinical? Perhaps. But if we describe it as such, then it is only fair that we recognise – and celebrate – the A4 for being so competent, too. 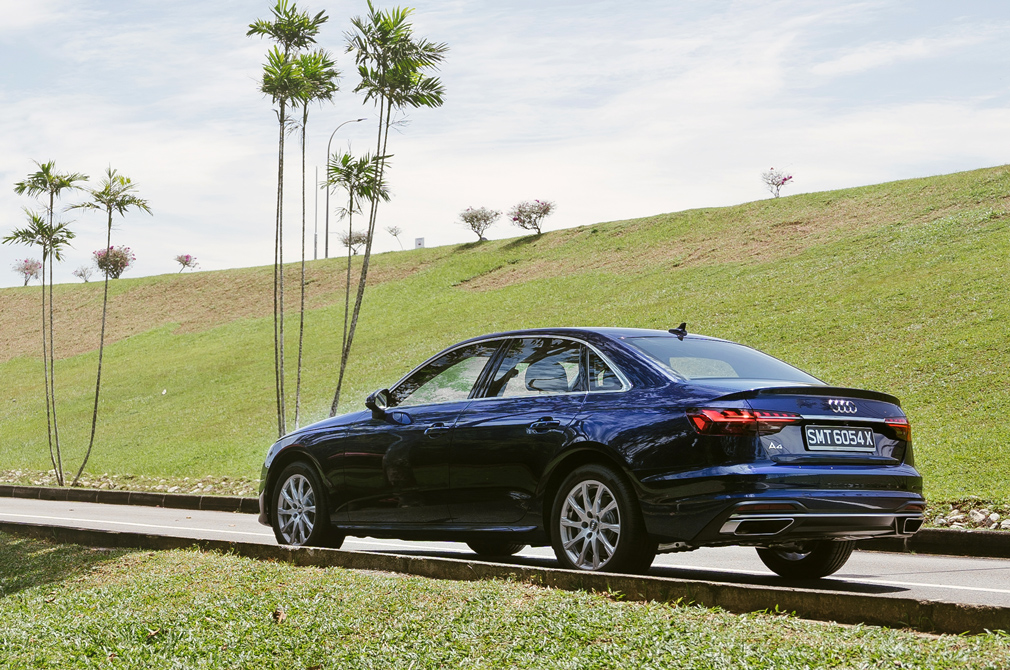