Audi’s A4 is not the first model that comes to mind when you say “executive saloon”. That’s down to its understated character, which doesn’t immediately put it at the top of buyers’ lists.

However, as sgCarMart discovers, the Audi A4 is like a quiet classmate who has hidden talents. These abilities only come to light during sports day, where it suddenly impresses with its athleticism.

So, how does it stack up against direct rivals such as the Mercedes-Benz C-Class and BMW 3 Series?

Is this executive saloon a car that you should buy, go try or not buy? 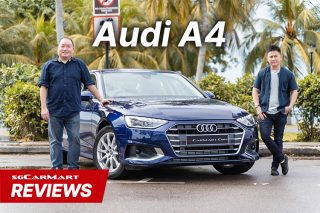