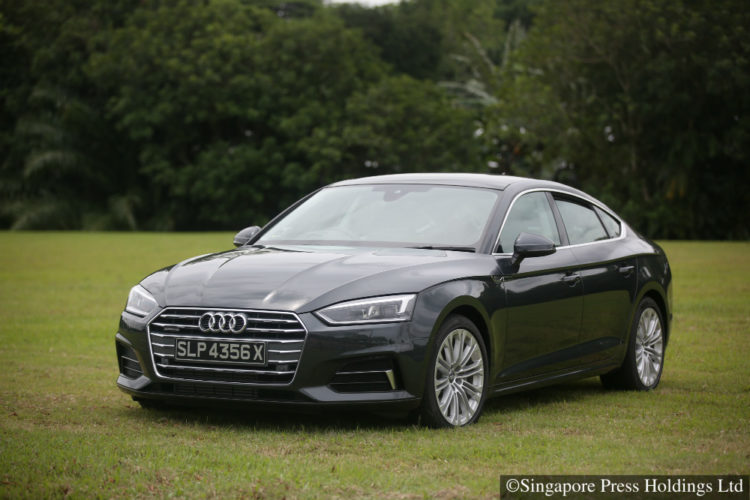 If Audi were a makeover artist, it would probably be able to transform Hollywood comedienne Melissa McCarthy into Wonder Woman Gal Gadot.

Proof of the Ingolstadt manufacturer’s styling magic is evident across its model line-up, but the A5 Sportback stands out as one of its shiniest examples.

Improbable as it sounds, the car has the functionality of a station wagon but the sexy form of a coupe. The second-generation model is no less impressive.

I have nothing against station wagons – nor McCarthy for that matter – but if you had to choose one car which is workhorse and eye candy rolled into one, a car like the A5 Sportback fits the bill.

The second-generation model is longer but not as wide as its predecessor.

Design-wise, it is noticeably more sculpted, with sinewy lines running down its bonnet and prominent character creases across its flanks. Its silhouette is slightly more wedge-shaped than the previous A5 Sportback.

Along with prominent wheel arches, the car suits its “Sportback” name more than ever.

The car is up to 85kg lighter than the first-generation model which revived the fastback genre when it was launched eight years ago.

Because of that, the Audi is able to make do with smaller engines.

The new line-up starts with a 2-litre 190bhp variant. The test car is also a 2-litre, but with 252bhp and 370Nm channelled to all four wheels.

This car matches the performance of the previous supercharged 3-litre variant with 272bhp and 400Nm. Zero to hundred is accomplished in 6 seconds and top speed is capped at 250km/h. 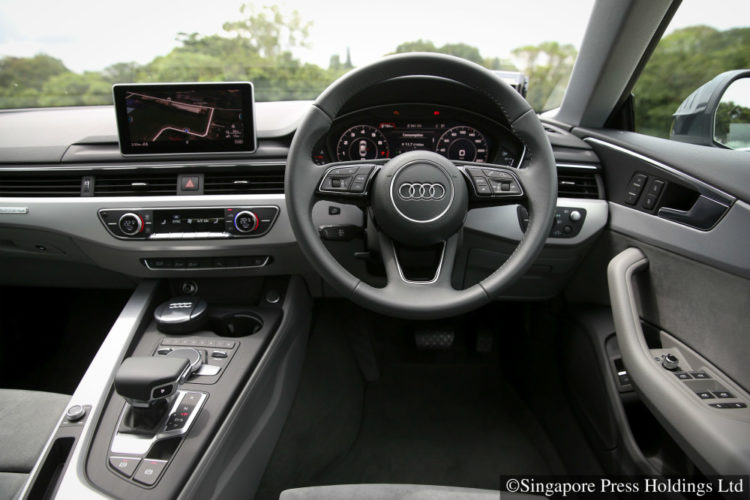 In day-to-day driving, it is breezy to a fault, with peak torque arriving at 1600rpm (versus the 3-litre predecessor’s 2150rpm).

The biggish car feels lighter on its feet and decidedly more dynamic. Take it fast down a sweeping bend and you no longer feel the heft of a car acting against its steered trajectory.

This may have partly to do with the car’s new modular platform, which has endowed even a giant like the Audi Q7 with uncanny nimbleness.

The A5’s all-round independent suspension deserves special mention. The front has been redesigned, while the previous trapezoidal-link rear has been replaced by a five-link construction.

The car also benefits from a new electromechanical power steering that feels natural and direct.

The only complaint lies in the transmission, which, in the test car, betrays minor shift shock intermittently – mostly in stop-start traffic.

As with new Audi cars, the A5 Sportback’s infotainment system is jam-packed with features and phone connectivity. Advanced navigation (with Google Earth map), 10GB of flash storage, a DVD drive and a high-resolution 8.3-inch monitor make the cockpit a sophisticated command centre.

Collapse its rear seats and you get more stowage than many estates, with accessibility that is as superior. Even with all seats in use, the car has 460 litres of luggage space. Also, its enormous tailgate is motorised, thankfully.

Upholstered in a mix of leather and suede-like Alcantara, the interior exudes a premium ambience. But the real difference is space.

Compared with its predecessor, the car is slightly roomier all round, even in the driver’s footwell – thanks to a longer wheelbase and cleverer packaging. 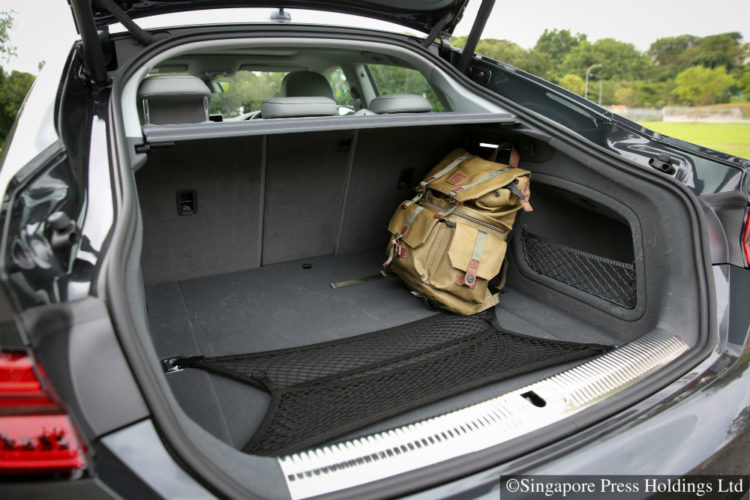