Audi A8 4.0 discusses matters of the "heart" | Torque
Loading posts... 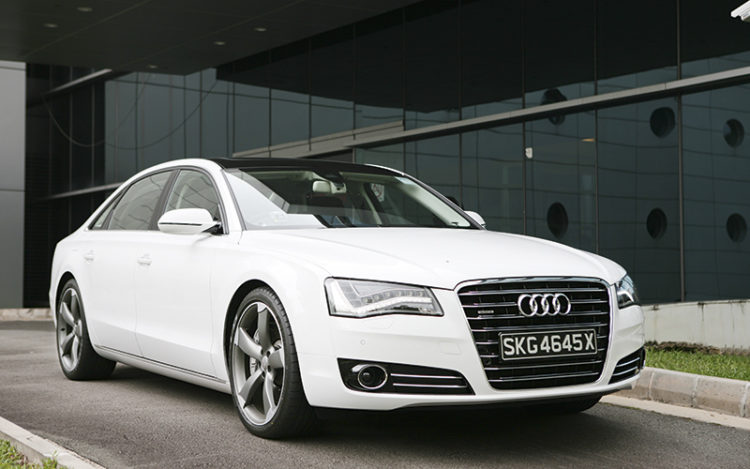 Besides the obvious nips and tucks, mid-life facelifts are also a great way for carmakers to introduce new drivetrains.

Consider the motor in the latest model of Audi’s flagship. The 4-litre unit powering the Audi A8 4.0 might be smaller than its predecessor’s (a naturally aspirated 4.2-litre V8), but it clobbers the latter, performance-wise, with the help of its two turbochargers. There are 48 more “horses”, torque has jumped from 445Nm to 600Nm, and in a head-to-head sprint from zero to 100km/h, the turbocharged Audi wins by more than a second. To put things into further perspective, the A8 4.0’s 4.6sec century sprint timing puts it on a par with two-door speedsters such as the BMW M3 Coupe and the Aston Martin V8 Vantage S. 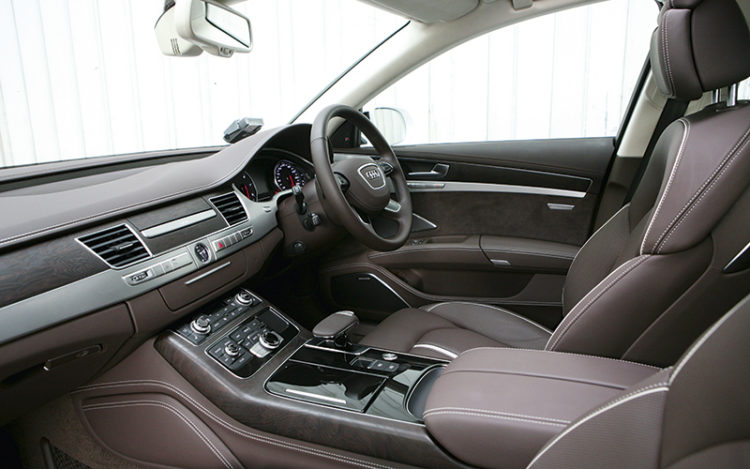 On the move, the ZF 8-speed automatic changes gears swiftly and smoothly, while throttle response is equally immediate – at any engine speed. Give the accelerator a hard and prolonged stomp, and you’ll be amazed by what happens. It’s uncanny how a two-tonne saloon can launch itself forward with such force, yet the luxuriously appointed cabin remains quiet, with the only “disturbance” being a delightful hum from the V8.

Driven more leisurely, Audi claims a fuel consumption figure of 10.6km/L. Again, this bests the previous motor, which could achieve “only” 10.3km on the same amount of petrol. Much of this thriftiness can be attributed to the German carmaker’s newly developed “cylinder on demand” technology, which deactivates half of the cylinders (meaning four) whenever the vehicle is cruising. 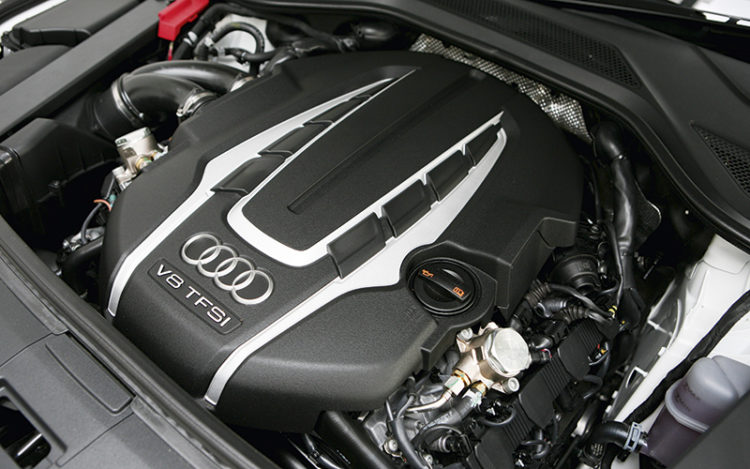 Turbocharging has not prevented this V8 engine from making excellent “music”.

Normally, the engine would also start vibrating more. However, the engineers came up with a two-pronged solution to this. Active engine mounts send out oscillations to counter the vibrations, while a clever feature that emits a precisely modulated sound “cancels” the otherwise intrusive drone from the motor. Everything works so seamlessly, you’d be hard-pressed to notice the switching of operating modes (between V8 and “V4”).

Elsewhere, buyers of the 4.0 will get the same comprehensive list of equipment that is present in the 4.2, including a Bose surround sound system, Alcantara headlining and aluminium/wood trim combo. Our test car came with optional 21-inch alloys and a Bang & Olufsen audio package. 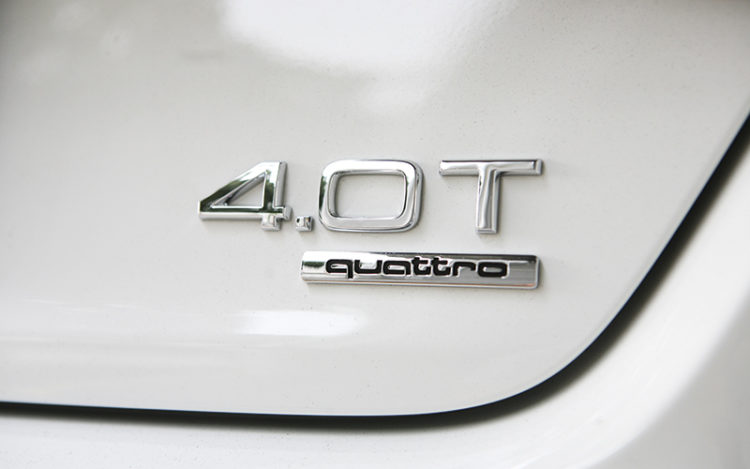 Luxuries aside, the star of this vehicle, without a doubt, is the clever powerplant. With its ability to churn out oodles of torque, it makes the A8 4.0 great fun to drive, yet its showcase of “green” technologies also helps the motor to do its job cleanly and efficiently. 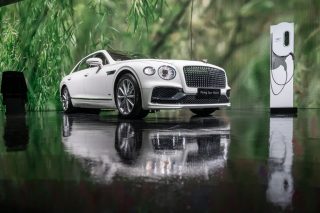