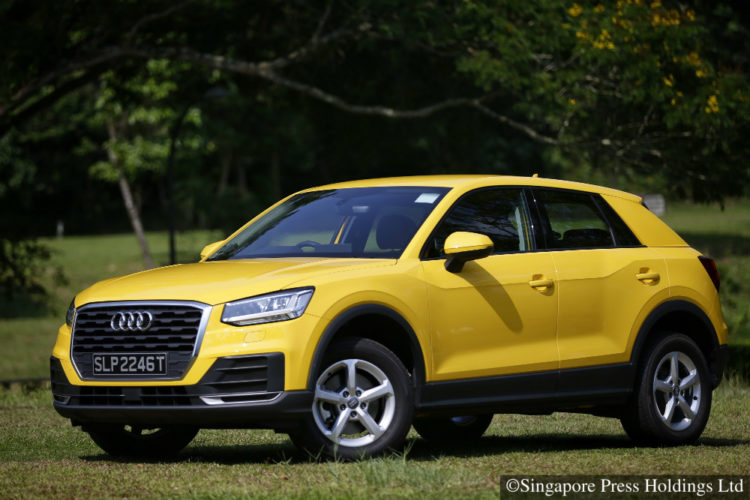 You would think a car like that would not make it farther than the corner coffee shop. But I drove it to Malaysia regularly. On the highway, it attained a top speed of 140km/h.

It even scaled Genting Highlands with five on board. I had to do it in first gear towards the final, steepest stretch, but the car made it without falling to pieces.

One-litre cars became extinct not long after that, when the Government merged the car certificate of entitlement categories. But now, they are making a comeback, thanks to the global downsizing trend.

Suzuki will have a full range of one-litre models here soon, including the new Swift and the biggish Vitara sport utility vehicle. These engines are turbocharged, of course, and are no longer as anaemic as those of yesteryear.

But the Volkswagen Group – which once wanted to merge with Suzuki – is ahead in the game. The German conglomerate has used its turbocharged 1-litre engine widely, across brands such as Seat, Volkswagen and Audi.

The Audi Q2 is the latest to be powered by this puny but reasonably punchy engine. “Reasonably” is the imperative word here.

With 116bhp on tap, it is more than twice as powerful as the Swift I had 21/2 decades ago. But because the Q2 is about 50 percent heavier than the Swift and because our expectations of power have risen over the years, the Q2 1.0 is still not something that would get your pulse racing. 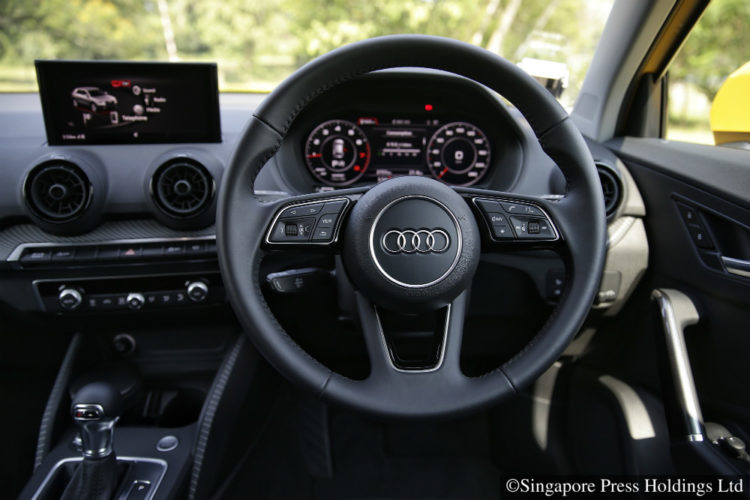 It is, however, pleasantly adequate if driven leisurely. With 200Nm of torque available from 2000rpm and a seamless 7-speed dual-clutch transmission that sends the twisting power to the front wheels, the Q2 dispatches school runs and other domestic errands with little ado.

But if you are used to beefier responses to inputs from your right foot, the Q2 must be driven in Sport mode. Like all modern Audis, all you need to do is to tug the spring-action gear lever once to activate (and deactivate) this mode.

This way, the car offers a noticeably sportier drive. Overtaking and filling gaps in traffic are also less of a chore in this mode.

But like the Audi A3 1.0, the carbon-lite Q2 is slow to re-awaken from its stop-start slumber. It takes half a second for the fuel-saving device to re-ignite the engine, which can be unnerving if you are pausing at a junction and waiting for an opening to make a turn.

So, if you want a more stress-free time in this dimunitive Audi, you not only have to drive it in Sport mode, but you also have to switch off its stop-start function.

Driven thus, the Q2 is relatively fuss-free. Because of its compactness and its light and quick steering, the car is as manoeuvrable as a small hatchback.

Because the car is adequately insulated, and its 3-cylinder engine is as smooth and vibration-free as its four-cylinder siblings at lower revs, this small-displacement model is relatively easy to live with.

Audi has also jazzed up the car with LED inserts on its dashboard. These inserts make the cabin a more cheerful place to be in, which is in line with the overall youthful disposition of the Q2.

Although I have yet to drive the car to Genting Highlands, I am confident it will perform better on the ascent than the old Swift.