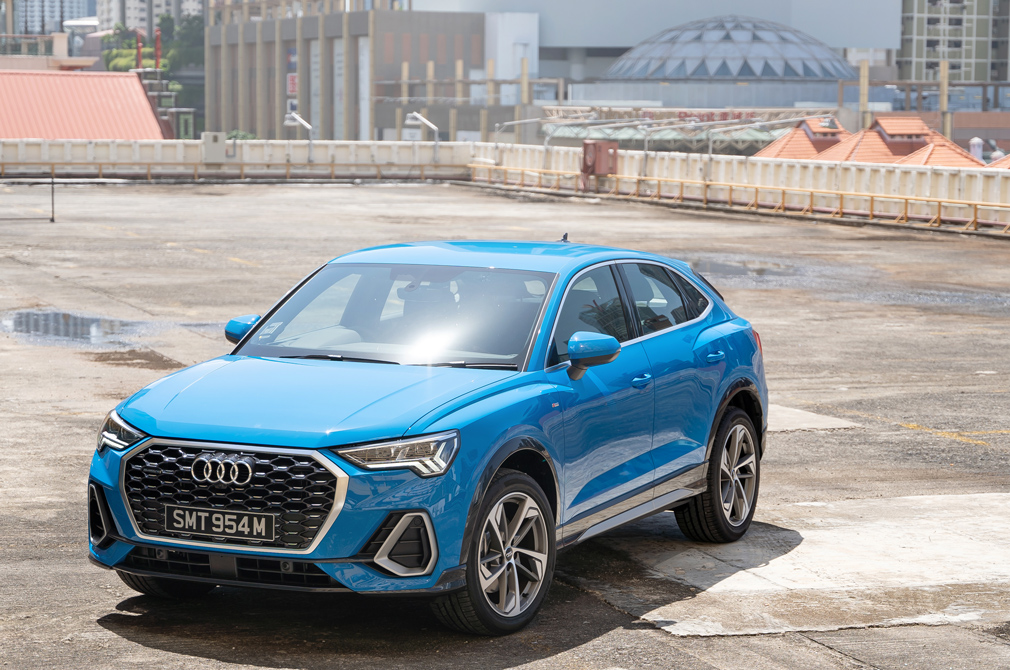 Living in the shadow of a more illustrious sibling is never easy. Some might even say that the experience is frustrating.

In this case, the Audi Q3 Sportback is the “baby brother” to the massive Q8. And the Q8 isn’t just the only other “coupe-SUV” model in the lineup – it’s also Audi’s flagship SUV.

To say that the Q8’s shadow looms large is an understatement. Features like rear-wheel-steering, a 48-volt mild hybrid system and the fact that it has at least six cylinders under the bonnet (Audi will not make a 4-cylinder variant) set the bar quite high.

However, none of these things seem to intimidate the Audi Q3 Sportback, which has its own appealing character. 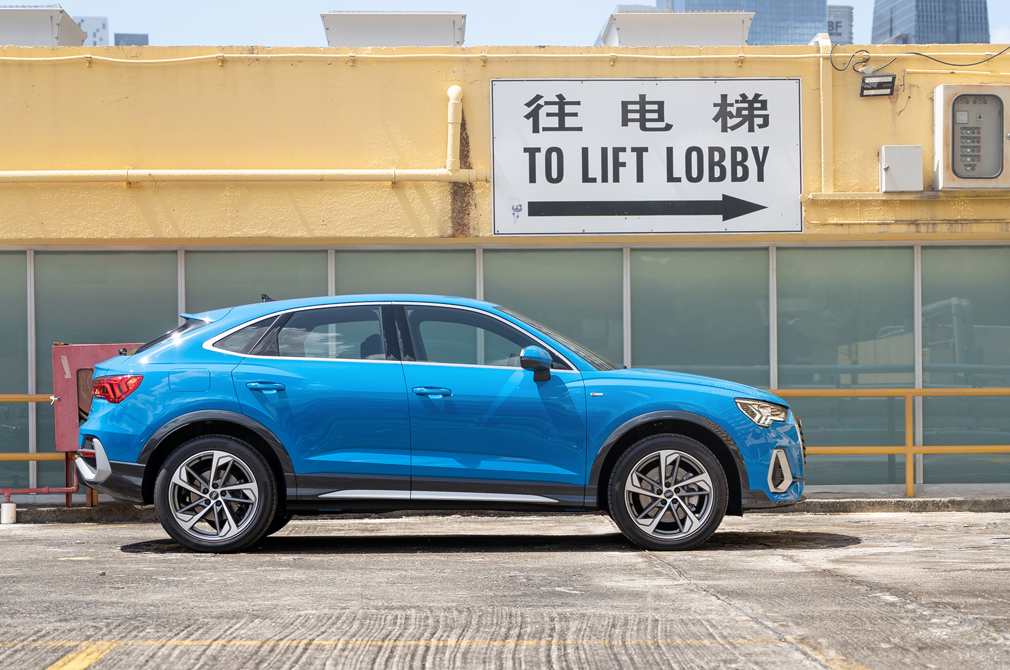 The Audi Q3 Sportback is a lot more attractive than the regular Q3.

Its sloping roofline and overall height, which is 49mm lower than the Q3’s, make it look like it’s about to take off from the starting blocks. Even the blistered fenders look more pronounced than the Q3’s.

A sportier honeycomb grille takes the place of the square pattern one. Perhaps as a nod to its purpose as a driving machine, the Audi Q3 Sportback doesn’t have roof rails, which are standard on the Q3.

At the rear, the Q3 Sportback has a sloping tailgate, which is topped by a long spoiler. Interestingly, the spoiler is actually so well integrated that you don’t notice its size until you see it up close.

The sloping tailgate does have a downside, though. Because of its steeper angle, the loading height is 42mm higher. But it shouldn’t be a problem unless you plan to haul heavy items. 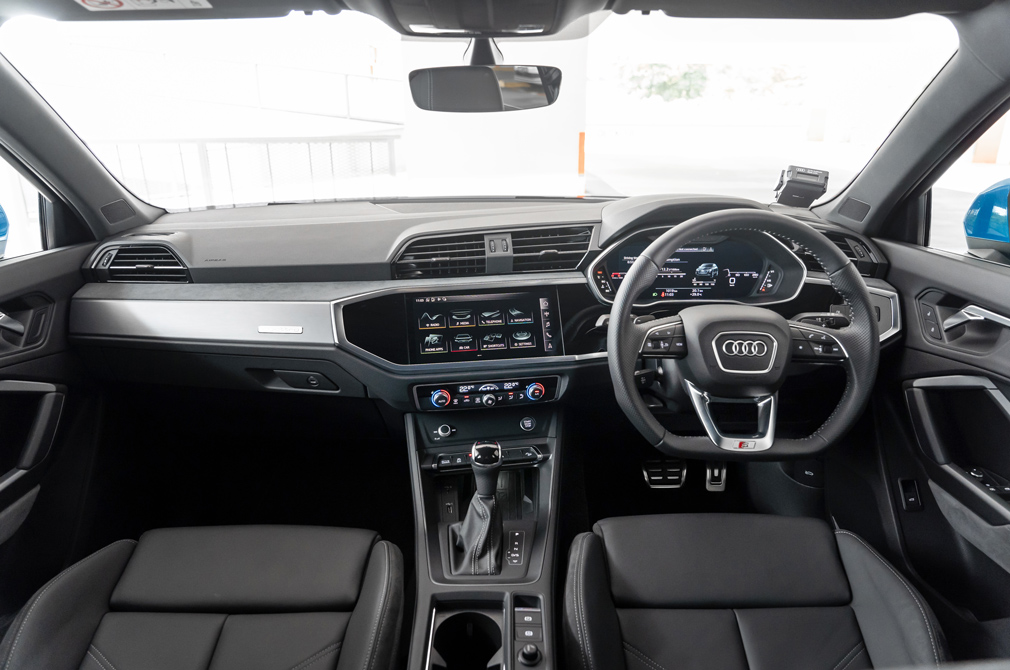 The Audi Q3 Sportback feels more driver-centric than the Q3 once you settle into the driver’s seat.

No, it has nothing to do with the flat-bottom steering wheel or aluminium pedals, both of which the Q3 doesn’t have. It’s actually because of the lower roofline and lesser headroom – 23mm less, to be exact.

Combined with the angled dashboard, you feel like the Audi Q3 Sportback is the more driver-focussed SUV, and rightly so.

Virtual Cockpit Plus is a treat to use thanks to its intuitiveness and sharp graphics. Ditto for wireless Apple CarPlay, which makes accessing your music and podcasts more seamless.

Less appealing, on the other hand, is the backseat. Since this is a “coupe-SUV”, the headroom here is 48mm less than what the Q3 offers. If you’re over 1.75m tall, you’ll definitely feel snug back here. 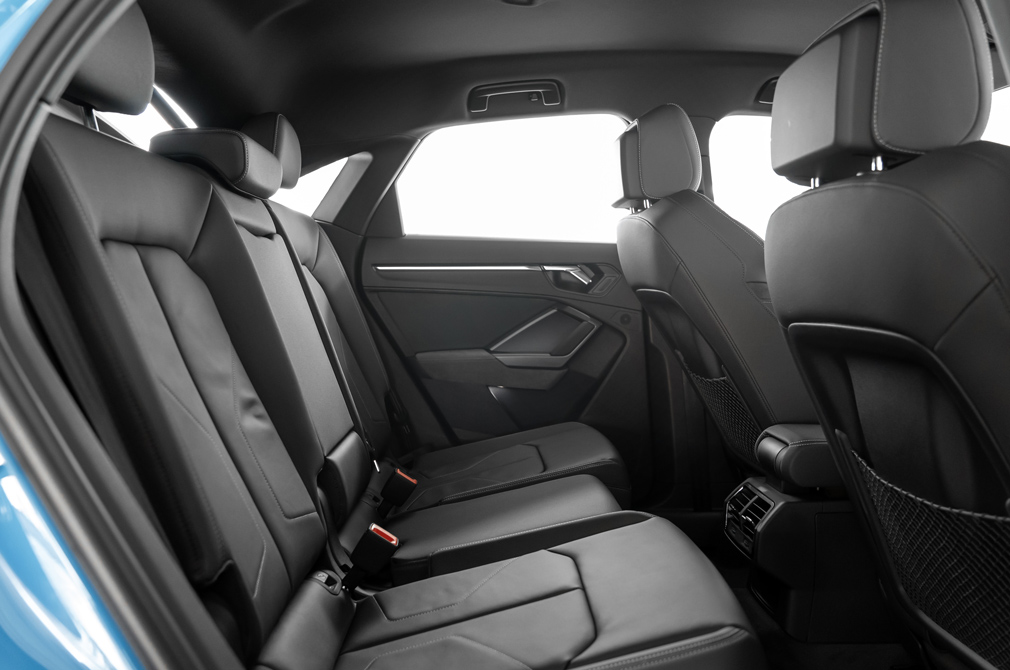 That sloping roofline results in 48mm less headroom compared to the Q3.

Although backseat space is compromised, boot capacity isn’t. Like the Q3, the Audi Q3 Sportback also offers 530 litres with the rear seats up.

Only when you fold down the rear seat backs does the Audi Q3 Sportback fall behind. It only offers 1400 litres, or 125 litres less than the Q3.

Then again, practicality is not why one would buy an Audi Q3 Sportback.

The Q3 Sportback is equipped with a turbocharged 2-litre 4-cylinder that produces 177hp (132kW) and 320Nm. Paired to a quick-shifting 7-speed dual-clutch gearbox, it hustles from rest to 100km/h in 7.4 seconds.

I have always maintained that SUVs are not built to conquer B-roads or corners. But the Q3 Sportback and its lower centre of gravity definitely holds its own.

You won’t get that “positive nose” feel upon entering bends. But you’ll find that even if the corner tightens up, the car remains unbothered. You simply put on more lock and the Audi Q3 Sportback obliges. It obediently sticks to the tarmac – without any complaints from the tyres. 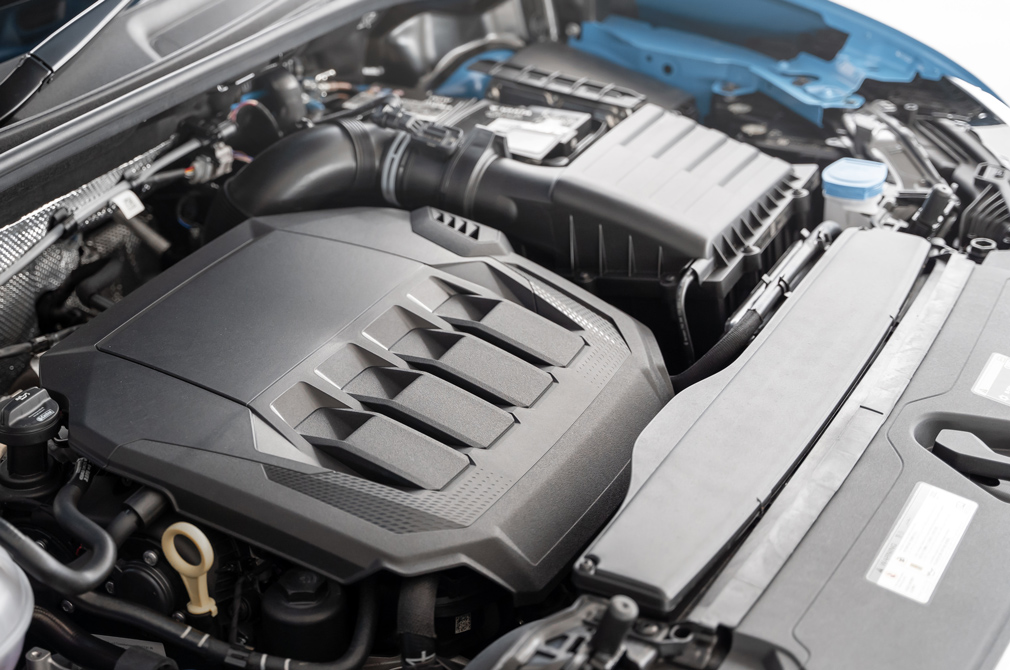 Helping the Q3 Sportback in this regard are quattro all-wheel-drive and progressive steering, which is not available in the Q3.

This means less effort and fewer turns when parking, and the helm is more responsive, especially when cornering. If you’ve been used to electrohydraulic steering thus far, the responsiveness and sensitivity to inputs will come as a surprise.

However, this can also help you become smoother, since it requires gentler inputs as opposed to ham-fisted ones. Besides, crazy hands and flailing arms will not make you a quicker driver. 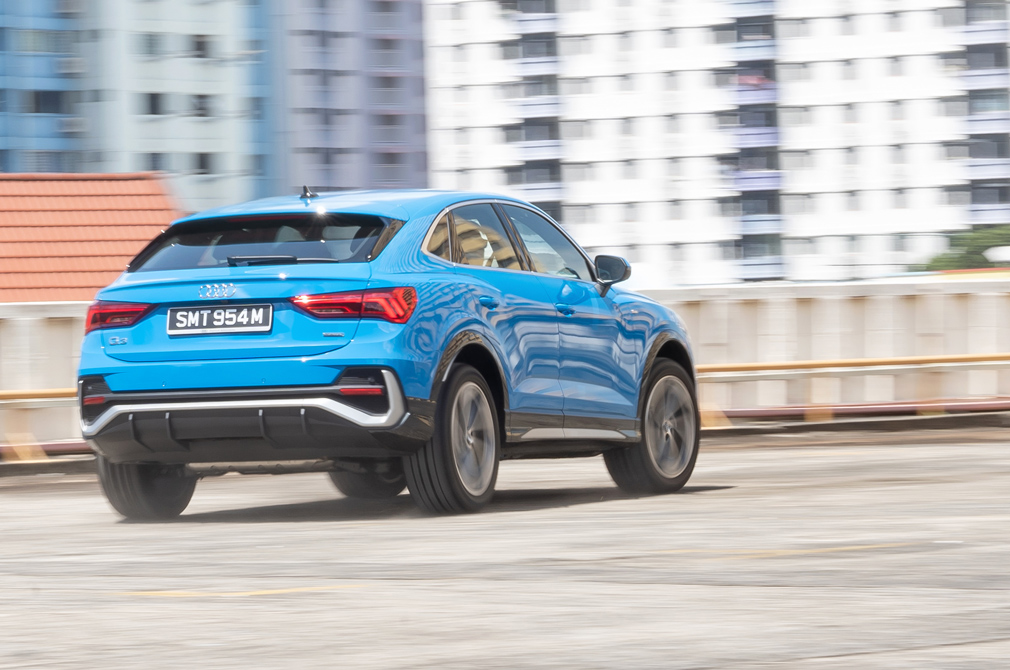 Despite the styling similarities and the fact that it’s a “coupe-SUV”, the Audi Q3 Sportback is not a baby Q8. It doesn’t condense the flagship SUV’s power, space and refinement into a smaller package.

Instead, the Audi Q3 Sportback impresses drivers with its compact size and nimbler handling. It’s a lot more driveable than the Q8, which sometimes feels like a bull in a china shop.

These factors, along with the fact that it can look cool without coming off as brash (that’s the RS Q3 Sportback’s job) give it a vibe and character of its own. It doesn’t live in the Q8’s shadow, and that’s good thing for buyers. 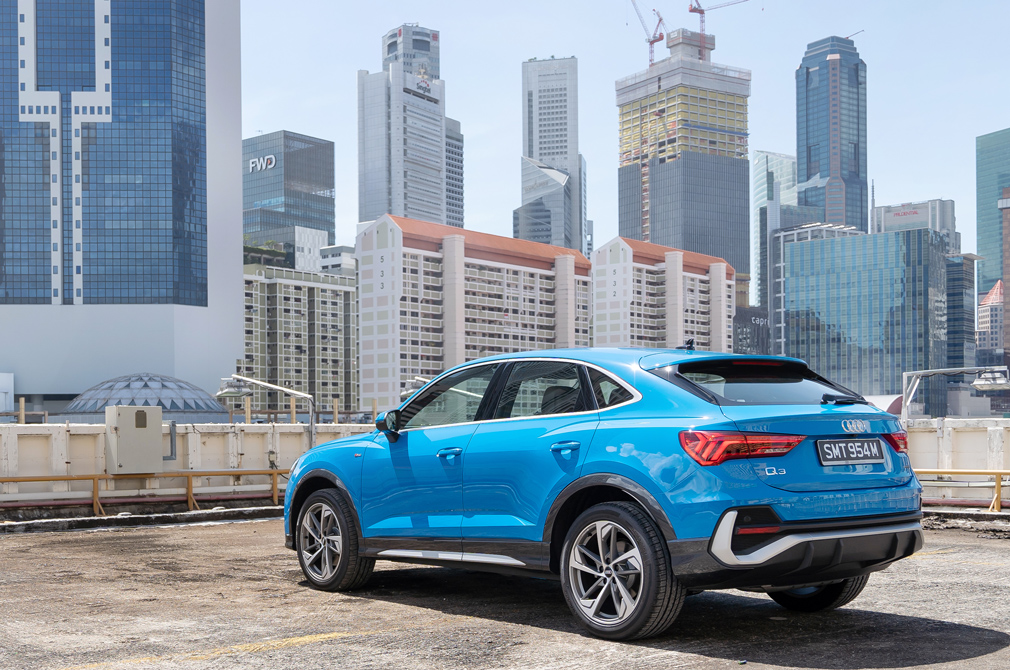