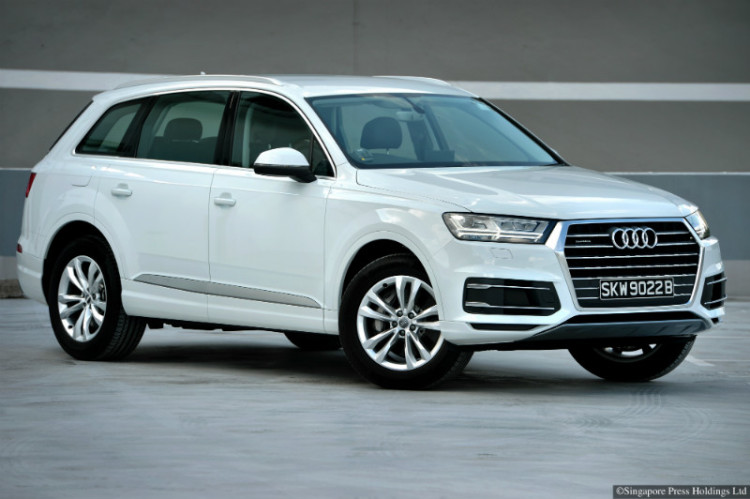 Moving an elephantine seven- seater SUV such as the Audi Q7 with a 2-litre power plant may seem like getting an Airbus A380 into the air with a Cessna’s propeller engine.

But as it turns out, the modest four-cylinder, aided by a competent turbocharger, proves more than adequate in the Audi behemoth.

It is the first time that the Ingolstadt manufacturer is offering the Q7 with a 2-litre engine. In the previous generation, the smallest power plant was a 3-litre.

Thanks to the wonders of modern turbo technology, Audi is able to elicit 252bhp and 370Nm out of the 1,984cc engine, which is not unlike squeezing a jug of juice from a single orange.

The output gets the Q7 moving with surprising swiftness. At the wheel, there is hardly a moment when you feel you need more oomph.

The car feels breezy, even if it is not as effortless as its supercharged 3-litre twin. It sounds grittier than the 3-litre, and thus gives you a sense of sportiness at the helm.

The benchmark 0-100kmh sprint is accomplished in an incredible 7.1 seconds, which is just 0.8 seconds shy of the 3-litre’s timing.

More importantly, the car feels like something that can actually clock a 7.1-second century sprint, whether you are driving in town or on the open highway.

Besides its spunky engine, the Q7’s briskness can be attributed to it being 55kg lighter than the 3-litre version. That is the weight of one adult occupant. The 2-litre is also shod with smaller wheels, and thus have less inertia to overcome.

One material difference is the employment of steel springs instead of air suspension.

This results in a ride that is less cushy, but the car is still comfortable on the whole. It is only when surfaces are rutted or rudely interrupted by speed stripes that you miss the air suspension. 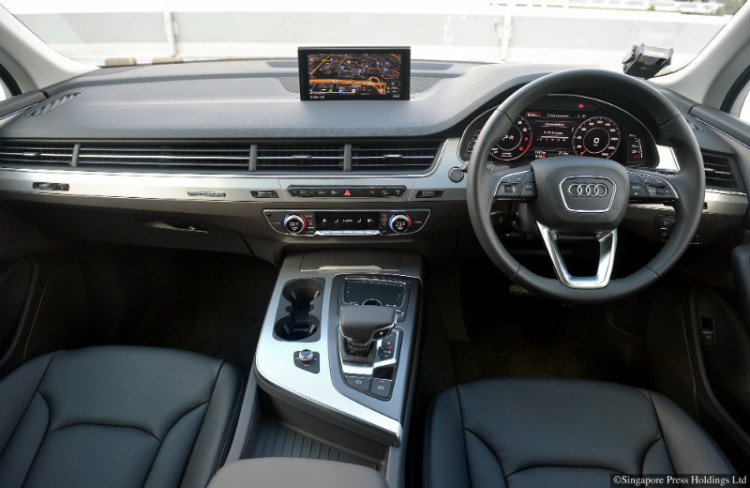 Four-wheel steering is the other significant feature that is omitted. But surprisingly, it does not result in as big a difference as expected. The big SUV is still reasonably manoeuvrable, even in tight spaces.

And on the go, its adaptive quattro all-wheel-drive system ensures surefootedness even when the driver is given to moments of foolishness.

Practically everything else in the 3-litre car that matters is in the 2-litre, such as Wi-Fi and third-row seats that can be folded flat and raised at the touch of a button. The gigantic tailgate remains motorised, too, and the electric parking brakes come with auto-hold function.

The car does not come with the multitude of cameras found in he bigger variant, but that is fine. I personally find too many images on the monitor a bit confusing.

Audi’s battery of ultra-sensitive proximity sensors are also a bit irritating. They start beeping furiously when you are a metre from an object. That leads you to ignore them, only to find out one fine day that they were not bluffing.

But back to the Q7 2.0: The car attracts a smaller road tax and is more fuel-efficient than its bigger sibling and almost $60,000 cheaper.

Between the two cars, it is clear which will appeal more to the economist and which will have the vote of the enthusiast.

The question is, which one are you? 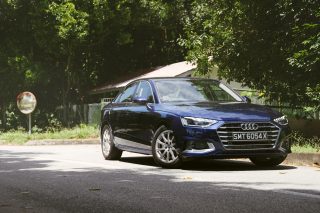