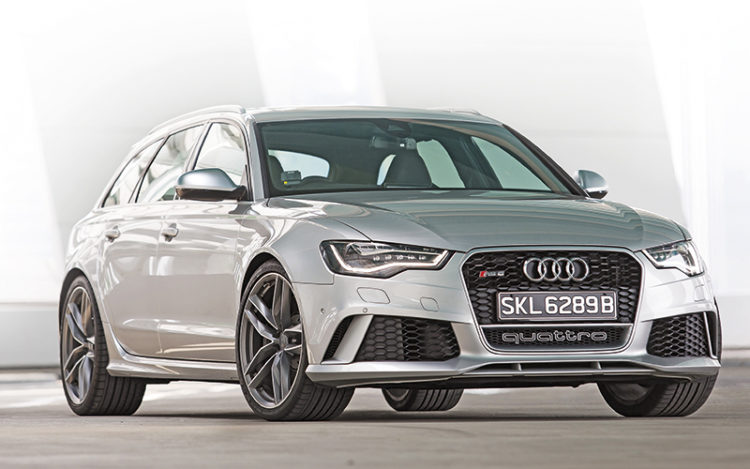 I found one of Westlife’s biggest hits, Flying Without Wings, lodged in my head. “Who can deny the joy it brings/When you’ve found that special thing/You’re flying without wings”, goes the song.

There was a good reason for it, though, as I was effortlessly cruising on the expressway in an ultra-refined luxury express train from Audi, the RS6 Avant. After all, as the RS badge (used only on Audi’s most rapid cars) implies, this is a seriously sporty car. 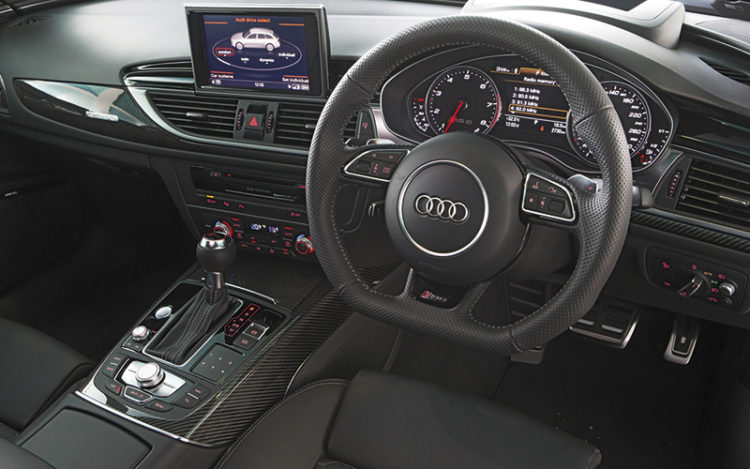 However, the fact that the RS6 manages to match luxury saloons for refinement and equal supercars for pace, but has the ability to haul a maximum of 1680 litres of cargo around, is nothing short of a monumental achievement by Audi. It is relatively easy to develop an out-and-out sporty car, or a practical one, or a luxury cruiser, but to successfully combine them all is staggering.

At the heart of this consummate all-rounder is Audi’s highly rated 4-litre twin-turbo V8, also seen in a similar form on the S6, though there it produces 420bhp and 550Nm. In the RS6, though, the output from this superb motor takes a quantum leap forward to hit 560bhp and 700Nm.

Achieving such an output is not a simple matter of just turning up the two twin-scroll turbochargers’ boost pressure or remapping the ECU. Yes, boost has been increased from 0.8 to 1.3bar, but making the jump from S6 to RS6 has seen a major reworking of the engine’s internals to handle the increased power. 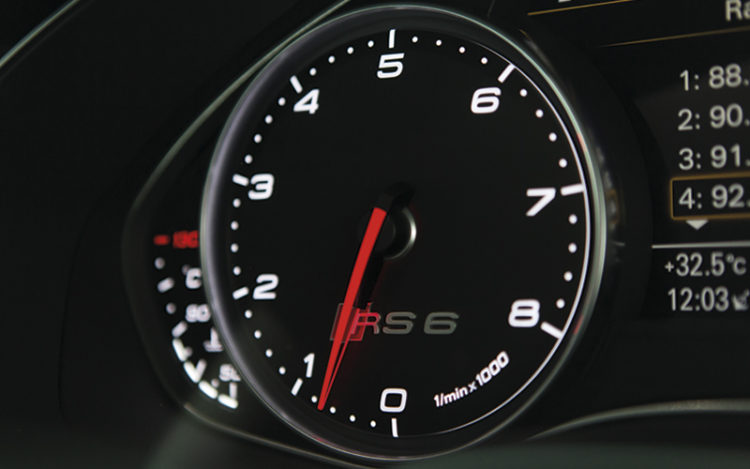 RS badge on the tachometer reminds you that you’re driving something special and fast.

The RS6 gets reinforced conrods and pistons, valves made of a stronger material with a higher heat tolerance, and tweaks to the turbochargers to allow them to deal with the greater punch.

Despite the crushing power on offer, the RS6 is fairly frugal. Claimed fuel economy on the combined cycle is 10.2km per litre, with the engine’s Cylinder on Demand function a key contributor to that. At low to intermediate loads and engine speeds, the V8 automatically shuts down four of its eight cylinders to save fuel.