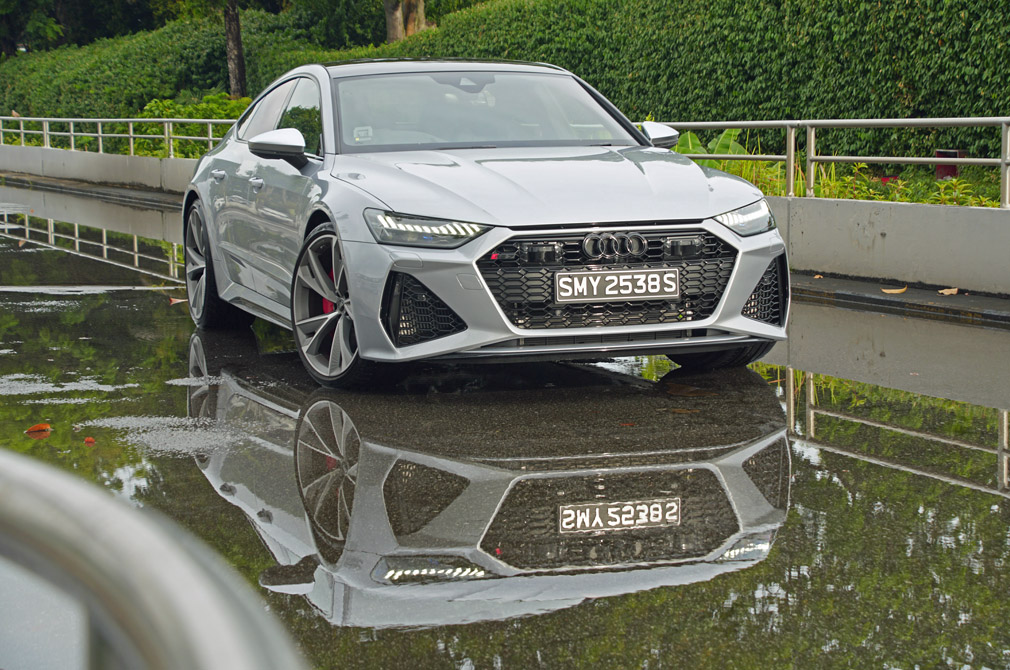 Audi’s RS (Renn Sport) moniker first appeared in 1994 on the RS2, the extreme performance version of the Audi 80. Prior to that, in the 1980s, Audi’s high-performance models ran under the banner of Audi Quattro and Sport Quattro.

The RS name became famous thanks to the beefiest wagon of them all, the RS6 Avant.

And while Audi uses the Renn Sport name, it does not strictly adhere to the dictum of making a road-legal version of a racing car.

This is not to say Audi does not go racing (they do). It just means Audi is keeping to the GT remit, which is to make the sportiest and most powerful variants that are consistent with comfort and elegance.

The Audi RS7 is a relative newcomer to the four-ringed stable. It first appeared in 2013 as the hot version of the first-generation A7.

Previously, the twin-turbocharged 4-litre V8 had 560PS, but this latest one has 600PS.

It is also assisted by the 48V mild hybrid system that is designed to provide smooth running of the start-stop system, recuperate energy from braking and coasting with the engine off.

This mild hybrid system saves 0.8L of petrol every 100 km to help achieve the claimed 11.6L/100km, which is rather optimistic for a 600PS missile. 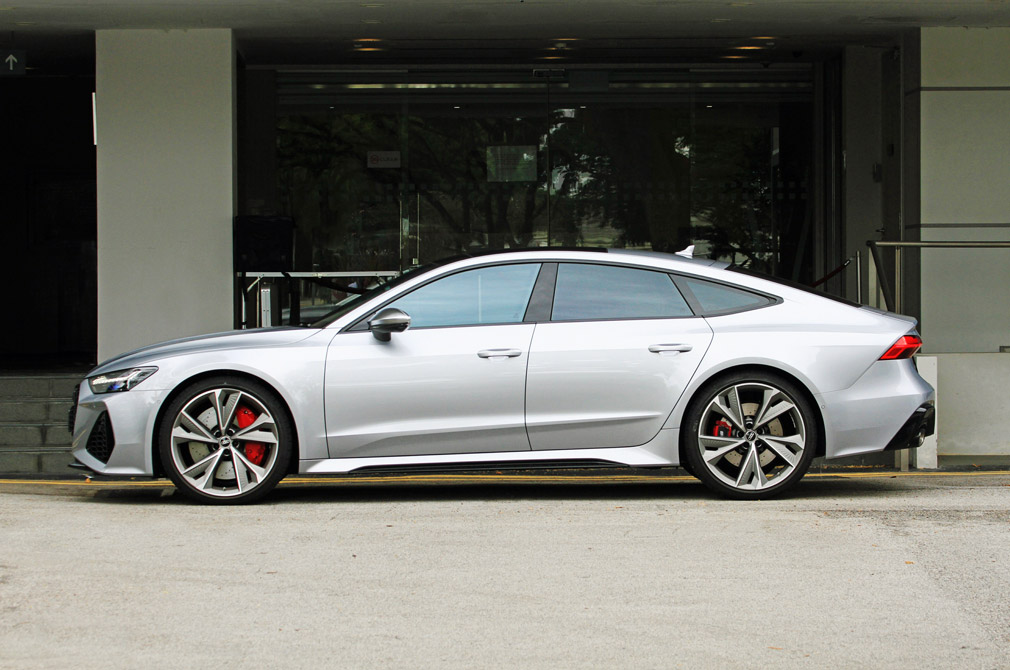 The RS7 is not the largest RS model (that title goes to the RS Q8) but it is still a large car. At 5009mm in long and 1950mm wide, it certainly has a substantial footprint.

On open roads, the stability afforded by its dimensions pays huge dividends, with the long wheelbase providing an accommodating cabin and stability in handling.

With its additional 80mm width, the RS7 gains better cornering ability, and with a lower centre of gravity, it does not need additional roll stiffness. This allows for the use of spring rates that provide better comfort.

Instead of regular steel springs, the RS sports suspension Plus with Dynamic Ride Control (DRC) has a sophisticated adaptive air-suspension system.

Apart from providing good ride characteristics, it has the ability to vary the car’s height: It can increase it for better ground clearance or lower it for improved handling.

Riding on huge 22-inch wheels and 285/30 ultra low-profile tyres, I was very impressed at the comfort eked out by the suspension system as such tyres are not particularly comfortable. 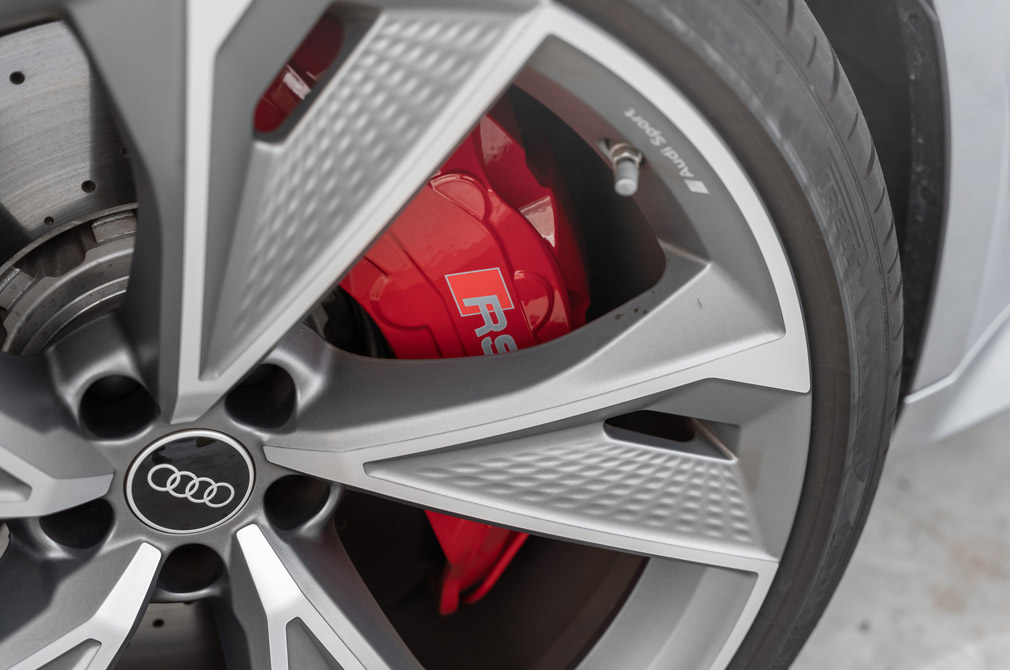 They are primarily chosen for sharp steering characteristics and high adhesion levels, as well as their stylish appearance. These latest P-Zero PZ4 (Audi homologation) have special noise dampening foam blocks bonded to the inside of the tread belting to reduce road noise.

Behind the front wheels lurk huge 420mm steel brakes with 10-pot callipers, while 370mm discs peek out from behind the rear wheels. Audi even offers larger 440mm carbon-ceramic brakes as an option.

These brakes provide stopping power with feel and progression. Both gentle stops and determined ones are first-rate.

Curiously, an 8-speed Tiptronic (ZF8HP) instead of a dual-clutch gearbox is the transmission of choice. It is geared such that the RS7 reaches 100km/h in just 3.6 seconds, making this one seriously quick super saloon.

It can be as docile as a luxury limo but when you hit the loud pedal, you’ll feel like you’ve been shot out of a cannon. That it quite an achievement for a car that goes from mild to wild without any signs of strain or over-eagerness.

One might even say its acceleration is like that of a powerful EV – delivered immediately in a smooth and sustained fashion. 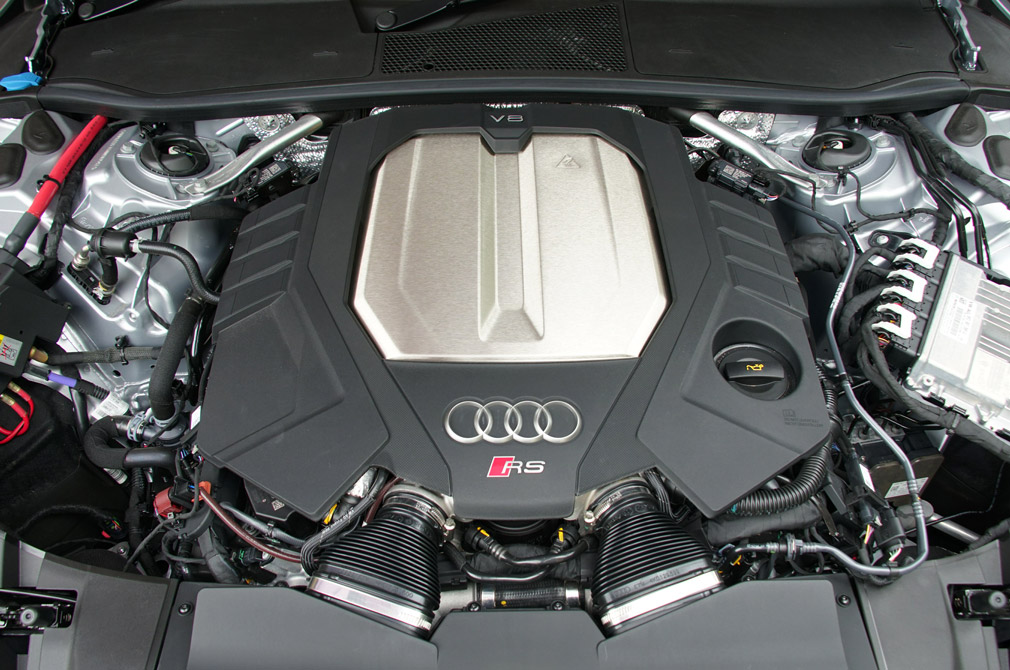 Selecting Dynamic or RS mode will lower and stiffen the suspension, accompanied by some reduction in ride comfort. While the dampers feel taut like tensed muscles, the ride is never harsh and remains reasonably supple.

The sharpened handling and improved damping will be appreciated by passengers, especially during spirited driving.

The helm’s weight is well-judged. It also has a level of engagement uncommon in the era of electric power steering, which has robbed most early systems of any feel.

Thanks to the Dynamic All-wheel steering system, the RS7 is pretty handy in car parks as the rear wheels can countersteer by up to 5 degrees, reducing the turning circle by one metre. 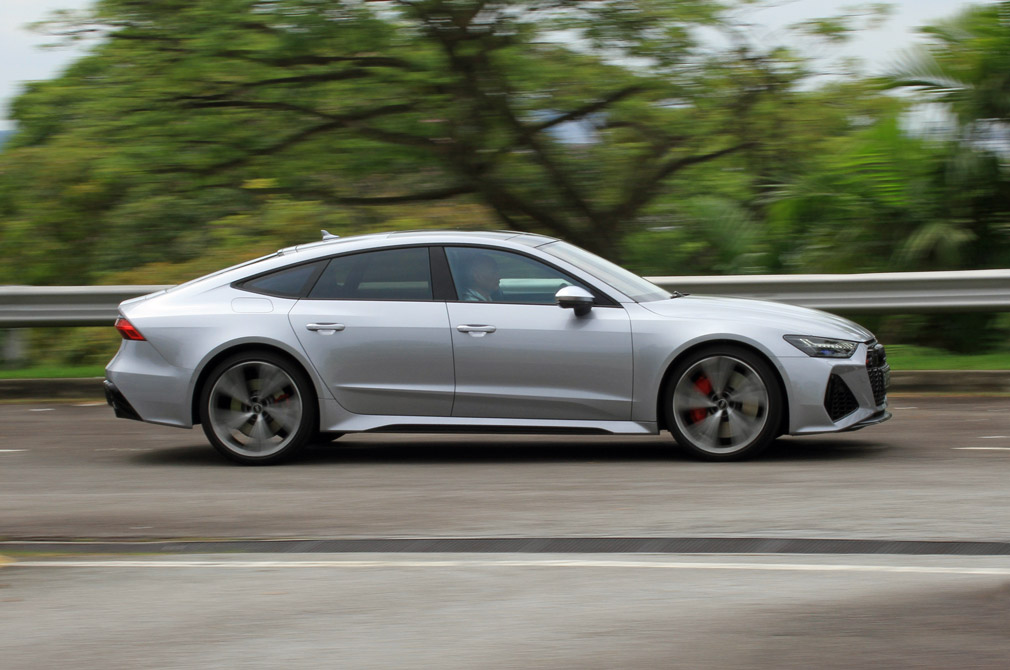 The RS7 Sportback can go from mild to wild in the blink of an eye.

At higher speeds, the system steers the rear wheels in-phase by up to 2 degrees to enhance stability. It is subtly implemented and does not feel artificial.

Despite the RS7’s dimensions, it feels as small as an A5 and not any more demanding to drive than an A6.

The cabin looks inviting and well thought-out. Although a good number of buttons have been consigned to the touchscreen, Audi has at least retained a large gear selector for those who prefer a more tactile experience. 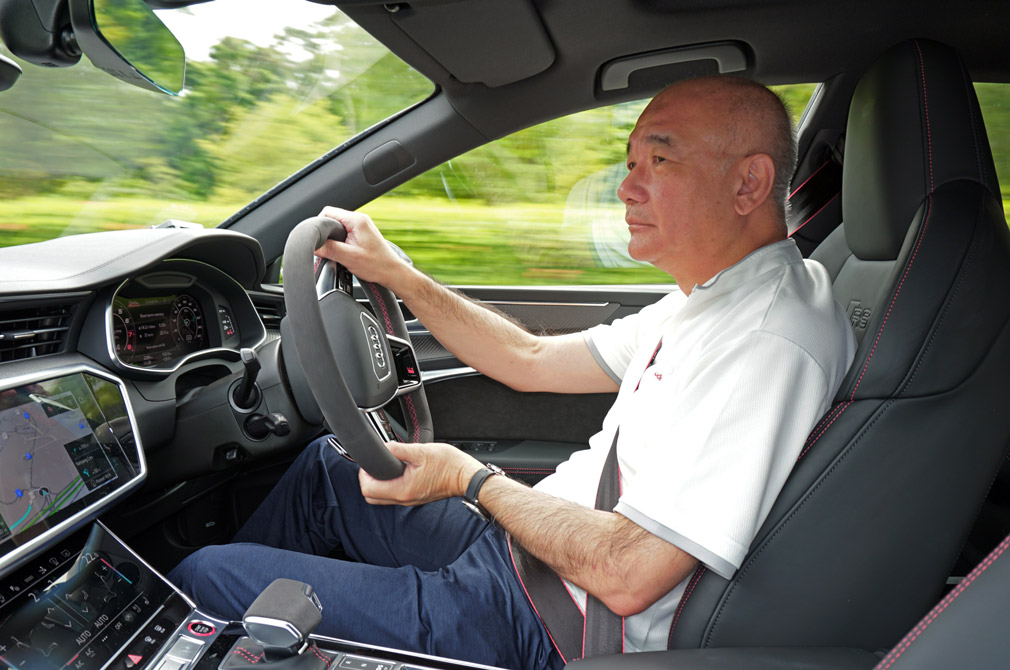 Dr Lam says the RS7 Sportback can be as docile as a luxury limousine, yet shred tarmac like a supercar when required.

Could the RS7 be the complete car?

Its styling looks so sleek and purposeful. It is elegant, yet offers hints of aggression, especially in the way the wheel arches drape over those huge wheels.

The RS7 also handles with aplomb. Other powerful sports saloons are tiresome, straining against the leash like a wild animal. But there is none of that behaviour in the RS7. Yet when the driver demands it, the RS7 can rip tarmac like a supercar.

If there is one black mark, it has to be the eye-watering price tag of nearly $600,000. But in exchange, you are getting one heck of a car. 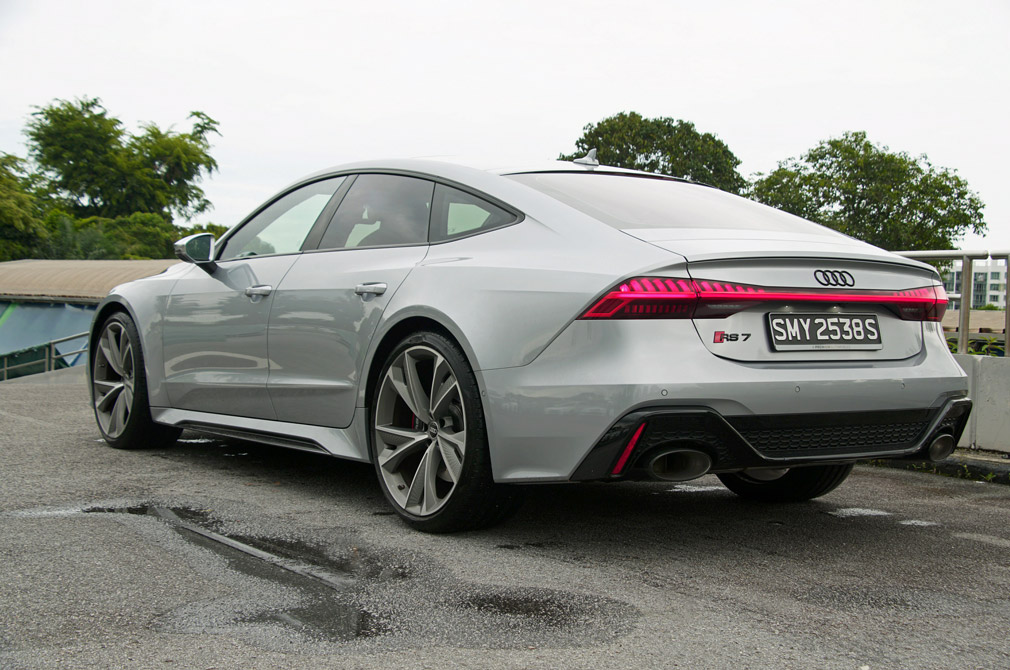