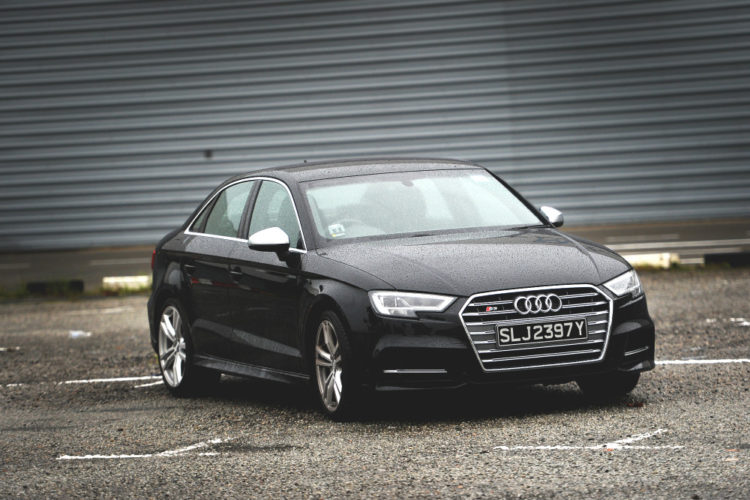 The facelifted Audi S3 Sedan comes with restyled lights, with full LED for the headlamps, as well as tweaks to its front grille and bumpers.

Audi’s S variant is targeted at the Goldilocks in all of us. It is not too hot, not too cold, but just right.

In the case of the facelifted S3 sedan, Audi has probably moved the slide rule a wee bit closer to the “hot” end of the spectrum. In other words, the car is slightly more similar to the manic RS3 than it is to the garden variety A3.

With its wonderfully sorted turbocharged 2-litre engine tuned to push out 290bhp (10bhp more than before, and at lower revs), the S3 nails the century sprint in 4.8 seconds – down from five seconds. That is merely 0.5 of a second off what the last 365bhp RS3 managed.

At the wheel, the car feels eminently quicker than before. Its steering is as sharp and steely as before, its throttle as sensitive, and its compact and taut body as agile and forgiving.

But if one were to single out a trait that really raises the car’s level of spiciness, it would have to be its drive select Individual mode, which has a “quattro” setting that allows one to choose Auto, Comfort and Dynamic. This was first seen on the TT and superlative R8.

This mode also allows one to bring forth a louder engine roar. While still half a notch lower than what the RS cars produce, it certainly makes the S3 more aurally appealing than it has ever been.

Audi has replaced the previous car’s 6-speed dual-clutch gearbox with a 7-speeder.

With all its attributes, it is hard not to drive the car with enthusiasm. The car makes it so easy. Just tug the gear lever down from Drive and it goes into a sportier programme, delivering smooth and addictive acceleration.

In this mode, it tends to stay in fourth gear in the city. But you will be amazed at how flexible this gear is. To get to the seventh cog, you will have to shift back to normal Drive and be extra light on the throttle.

The car certainly feels quicker than the similarly powered Leon Cupra 2.0TSI from Audi’s sister brand, Seat, even if the latter has a somewhat understated century sprint time of 5.7 seconds.

Having a refined permanent all-wheel-drive system also allows the S3 to transmit its generous output to the tarmac with practically no slippage loss. The car feels almost magnetised to the road when going round a curve. Its only flaw is a rather jiggly ride.

Other changes in the facelift include restyled lights, with full LED for the headlamps.

The front grille and bumpers have also been tweaked (rather dramatically actually). Inside, the car gets a 12.3-inch virtual cockpit first seen in its more upscale siblings.

It also gets a multi-function steering wheel, which is somewhat similar to what you see in the TT and R8.

Last, but not least, it has Nappa upholstery and a 705-watt 14-speaker Bang & Olufsen sound system.

For all that, the car is priced closer to the RS than the A3. Goldilocks wouldn’t have minded, would she?