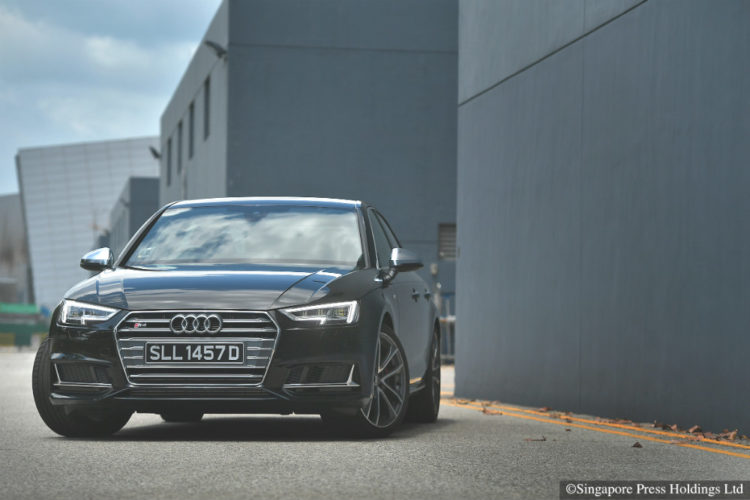 The way cars have continued to grow in size never ceases to amaze.

The new dimensions suit A4 buyers just fine. There is nothing quite like space and stature to make a premium car premium.

But upsizing can be counter-productive when you are making a sporty car. So, it is a bit surprising that the latest Audi S4 – essentially an A4 on steroids – turns out to be as dynamic as it is.

It is not quite as chuckable as the smaller S3, but it is still highly entertaining (bordering on hair-raising) to drive, especially when you find yourself on a long stretch of tarmac that is relatively empty, preferably with wide sweepers and to the left and then to the right.

On paper, it is even quicker than the Audi RS4 of a decade ago, eliminating the century sprint in 4.7 seconds, versus the RS4’s 4.8. Both have a restricted top velocity of 250km/h.

In fact, in the absence of a new RS4 sedan, the S4 is now top dog in the A4 range. Compared with the preceding S4, the new car is also quite a leap. Its 3-litre V6 is now turbocharged instead of supercharged.

Similar to the twin-scroll turbos used extensively by BMW, it kicks in from very low revs and is virtually lag-free.

The engine itself is new, running on the so-called B-cycle. It packs the rev-happy characteristics of a petrol and the torque and efficiency of a diesel.

The car packs 500Nm from 1370rpm to 4500rpm, providing the driver with more than enough flexibility and reserve for any situation on Singapore roads. 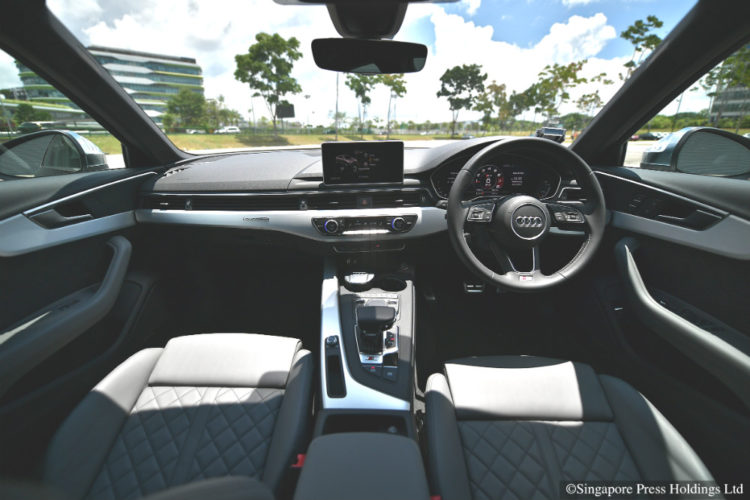 A tap of your right foot is all you need to send the S4 hurtling forward. With all-wheel-drive, all of the engine’s firepower is translated to motion with no histrionics, no white knuckles. You get efficient speed.

When you are not in a mood to race everything and anything on wheels, the new S4 is still enjoyable to drive. Its low-rev performance means an effortless commute at any time. And there is a background burble from its sports exhaust to constantly remind you that the car can bring things to a boil in an instant.

Its eight-speed autobox (seven in the predecessor) does a decent job of picking the best cog for the occasion. The eighth gear is often quite possible to use in the city too.

And for the first time in an S model, there is a coasting function. This contributes to efficiency as well as a relaxed disposition, which the S4 enshrines.

But back to the car’s surprising dynamism. Despite its size, the car is 75kg lighter than the previous S4. This helps.

So does its phenomenal engine, of course. But the magic may well be in its all-wheel-drive system, which can apportion up to 85 percent of torque to either axle when needed.

There is also torque vectoring. When necessary, this brakes the inside wheel judiciously in a fast corner to allow the car to turn more neutrally.

It is hard to say if torque vectoring ever came into play during the test-drive, but along a familiar wide arc, the S4 certainly felt easier at the helm.

You sense there is far less weight to contend with in a car of its size and you get more precision with less effort in the manoeuvre.

In short, it is all rather brilliant.