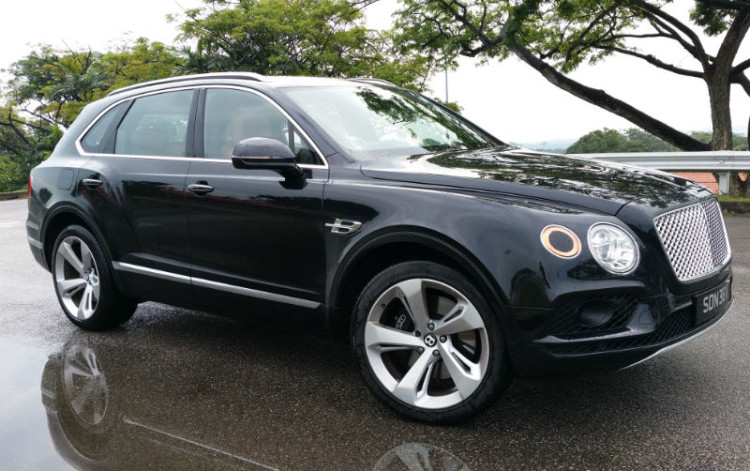 Can you drive a sport utility vehicle to a red-carpet event? Yes, of course, especially if the SUV is a million-dollar Bentley Bentayga.

But can you drive a Bentley off-road, even if it is an SUV? Or rather, would you?

In all my years as a motoring writer, I have never had to find out the answer, since Bentley never had an SUV. But last week, with the key to a Bentayga in my hands, morbid curiosity had the better of me.

I twisted the terrain-select knob to the most extreme off-road icon and eased the 2.5-tonne regal beast off the bitumen and onto what I imagined would be its element.

In the cabin, things were actually calmer than in a Range Rover, which is commendable.

The Bentayga’s four-wheel-drive system coped well with the unpaved ground. And despite a steady pace of around 25km/h, traction remained uncompromised.

Then came the mud. The car’s sheer weight and brutal torque started to take their toll on a rain-soaked section.

All of a sudden, big blotches of mud flew up and plastered the car – on the windows, the windscreen (sending the automatic wipers into a frenzy) and even the glass roof.

The car began to lose traction and its tail began to move out of line. I eased off the throttle, headed back to firmer ground and drove straight to a car wash.

And I thought to myself: if only the car had mud flaps, and if only I had picked the snow-and-marsh icon instead of the cactusand-mountain icon on the terrain select. 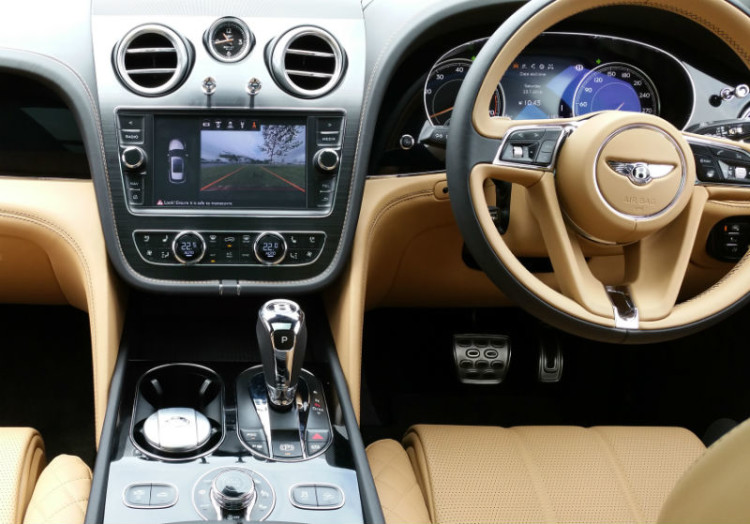 On tarmac, the Bentayga is thoroughly impressive, though. It is as massive as a Humvee, but while a Humvee is constantly unwieldy, the Bentayga grows in grace and temerity with speed.

The test car’s steering tends to pull a little to the right, but the car remains as driveable as a Porsche Cayenne. The faster you go, the truer it tracks. And the way it carves up corners is unbelievable. Even at velocities you would attempt sparingly in a hatch, the Bentayga remains unshaken, sticking to the road like a steamroller on rocket fuel.

Its brakes could have been a tad grippier, but I suppose that might have compromised comfort.

Bentley’s first SUV spoils its occupants. Its class-act handling is matched only by its admirable ride quality. While not as pampering as its limousine siblings, the Bentayga is the most comfortable 4×4 thus far.

There is plenty of room onboard for passengers and luggage alike. The interior is recognisably Bentley in furnishing and finishing, with the only bit marring the ambience being a hollow, plasticky and sharp upper window lining. Rather un-Crewe.

The driver has access to all manner of gadgetry, including adaptive cruise control, a head-up display, touchscreen navigation and overzealous driving aids.

Its gear lever takes some getting used to, though. The “P” button comes into contact with your palm and you often shift to Park when you want Reverse.

For a big car, its driver footwell is not all that big.

The car looks better in the metal and better than the Cayenne. Together with its stature and pedigree, no other car turns heads quite like it does.

Especially if it is plastered in mud.