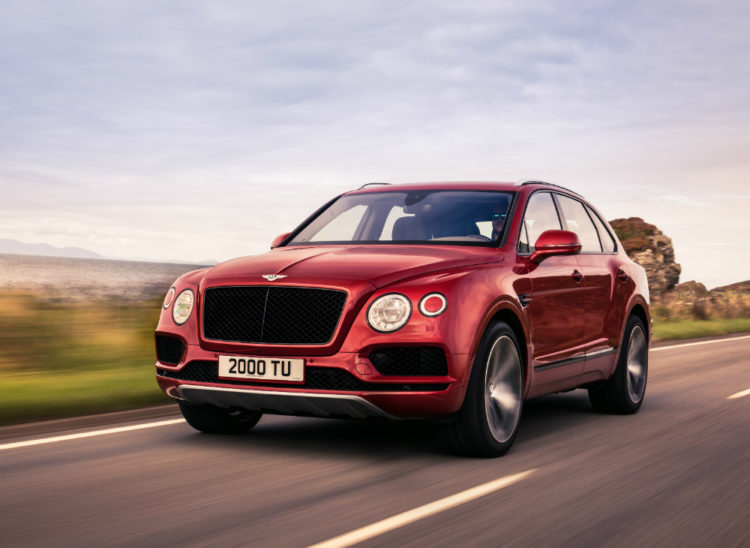 Bentley’s sport utility vehicle (SUV), the Bentayga, is a big car with a small model range. Buyers so far have had only two choices – the flagship 600bhp 6-litre W12 or the more eco-friendly 429bhp 4-litre V8 turbo-diesel.

With the introduction of a downsized V8 petrol engine, there is one more option.

However, where Bentley is concerned, downsizing is relative, since the new engine still boasts twin turbos and a 4-litre displacement and delivers 542bhp and 770Nm.

These numbers trail those of the range-topping W12 but, in pure performance terms, the new boy is not far off, lagging by a mere halfsecond to 100km/h (at a still ridiculous 4.5 seconds) and being 11km/h slower with a top speed of 290km/h. 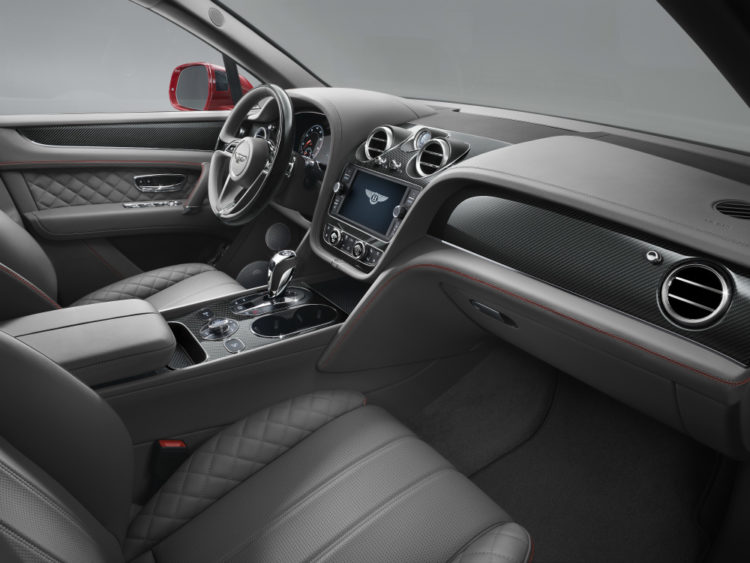 The V8 is also 15 percent more fuel-efficient and about 12 percent less polluting than the full-fat W12, aided by its ability to deactivate half of its cylinders under light load.

Bentley has not revised the polarising looks of the Bentayga, but it has taken the occasion of the V8’s launch to introduce some new options, which will be offered across the Bentayga range.

Chief among them are 10-pot carbon-ceramic brakes – the front pair, at 440mm in diameter, are the largest ever fitted to a production car. The quartet of carbon-ceramic discs also weigh 20kg less in total than the standard metal discs.

There is a Black Specification option, where the car’s chromed exterior bits such as the grille, window surrounds, headlamp and taillamp bezels and door handles are finished in gloss black – for a moodier, less formal look.

The driving enthusiast has never been the Bentayga’s target audience (we did, after all, spend more time skiing than driving at the V8’s launch), but the V8 is still incredibly agile for its huge size. It weighs 120kg less than the Bentayga Diesel and about 50kg lighter than the W12. 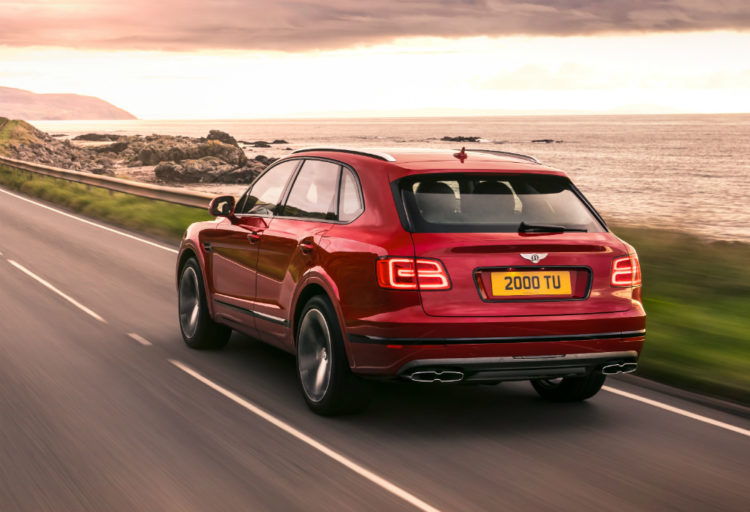 The reduced mass is palpable in its keener turn-in and the way it traverses bumps and undulations without bobbing about gently like the Diesel does.

Even on tight turns, the car remains impressively level, thanks to electric active anti-roll technology. On a challenging road such as the icy mountain passes on our test route, the V8 can be hustled with poise like a big sports saloon, with impeccable ride and body control.

And that new power plant is a joy. Massively torquey, it punts the near 2.4-tonne Bentayga along with seemingly no inertia and spins freely to 7000rpm, making it the highest-revving Bentley engine. It is wonderfully refined, yet with the drive mode selector in Sport, it serenades with a subtle but thrilling V8 warble.

GIA launches GEARS, a digital platform for accident reports
This site uses cookies to help us serve you better. By continuing to explore our site, you accept our use of cookies.I Accept