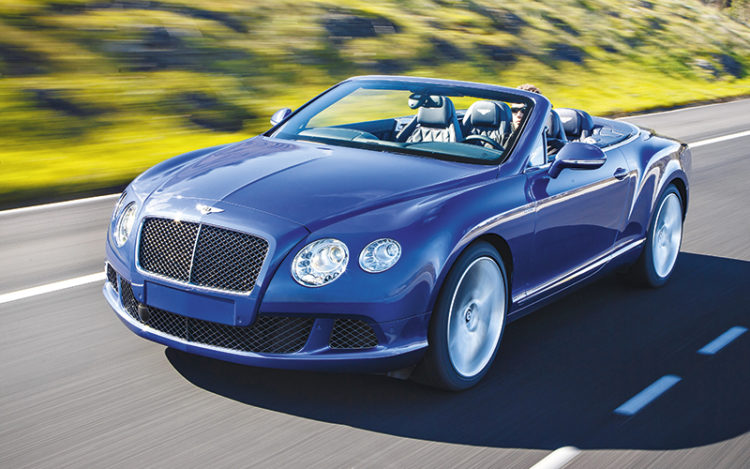 The most famous road in the USA, Route 66, originally ran from Los Angeles to Chicago, its 4000km spanning three time zones and cutting through eight states. Construction of US Route 66 began in 1927 – in the same year but on the other side of the Atlantic, Walter Owen Bentley’s 3-Litre Supersport won the first of four consecutive victories by a Bentley in Europe’s most famous race, the Le Mans 24 Hours.

But after their fourth straight win in 1930, it would take the Bentley Boys another seven decades to return to Le Mans. Then in 2003, 73 years after their last win, a Bentley once again won the epic 24-hour race in a prototype racer called the Bentley Speed 8. Quieter colour combinations are also available, along with special trim such as “engine spin” aluminium.

Now, back to Route 66… It is the year 2013 and I’m cruising at 120km/h in a modern-day Bentley Speed, or to be more precise, it is the Bentley Continental GT Speed Convertible. Its roof is snugly folded and neatly hidden, the ambient temperature is around 15 deg C, yet the cockpit is cosy, warm and, most surprisingly, draught-free.

The topless Bentley looks lovely, too. Amid the XL-sized SUVs, XXL-sized pickups and some truly nondescript US-made sedans, the Continental GT Convertible is like a European work of art. The model was launched a decade ago in 2003 when Bentley returned to Le Mans racing, and since then, the car has had just one facelift (in 2011), which was limited to subtle tweaks. The most obvious change is to the front end, which sports four elliptical lamp units, with the outer ones being the smaller pair – unusual. 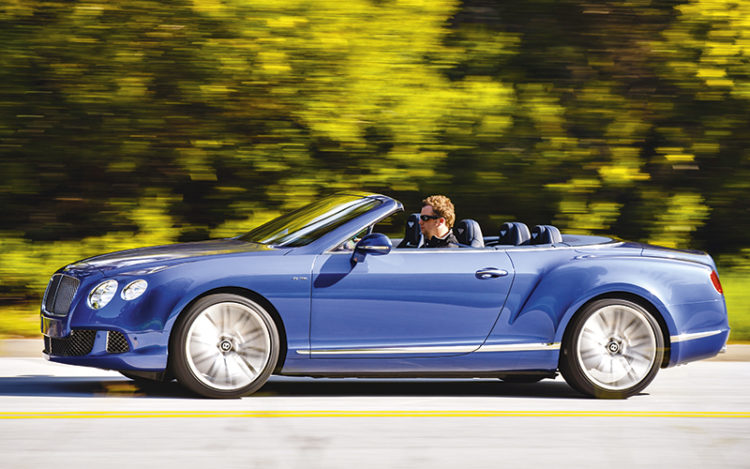 No one can deny that the Conti GT remains a suave and handsome vehicle. As a convertible, it is one of the coolest topless four-seaters around. At every stop along the route between Las Vegas and Phoenix via the Grand Canyon, mobile phones were whipped out by passers-by to digitally capture a rare moment next to the dandy Bentley. Several times on the highway, what seemed like a random stalker-in-a-car turned out to be an enthusiastic smartphone videographer.

What these “fans” shot was an epic cruiser that comes with a traditional folding fabric roof instead of a fancy hard-top; the colour of the cloth contrasting nicely with the body. When its roof is up, the Conti GT convertible has a classy appearance that is distinctively different from the Conti GT coupe which, as we know, has a long sloping roof no soft-top could ever imitate. 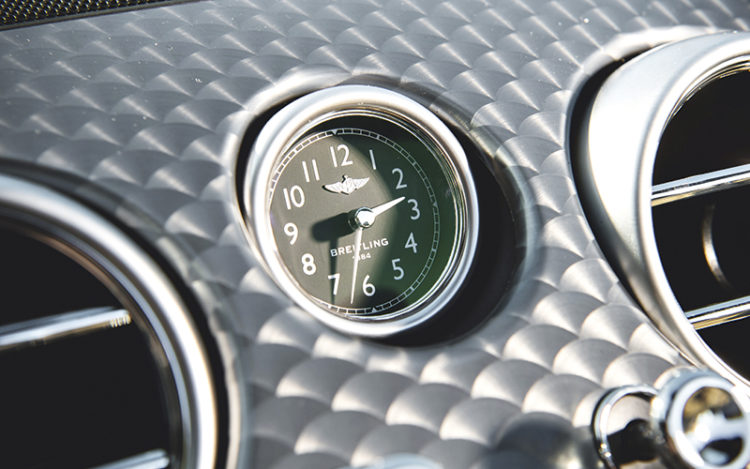 As a closed grand tourer, the Bentley not just looks good on the outside but is also impressively quiet inside. With hardly any wind noise and absolutely zero vibrations despite its open-top architecture, this convertible actually feels no different from a coupe. The aroma of hand-stitched English leather on board is unmistakable, while the dashboard, instruments and switches are as exquisitely finished as you would expect from a car costing over a million Singapore dollars.

What you wouldn’t expect is the supreme cabin refinement in convertible mode. We mentioned the uncanny absence of any turbulence even at speed, but in addition to this, the climate control works like magic. We had to keep looking at the instrument panel’s temperature display to believe that the outside temperature was indeed 15 deg C. 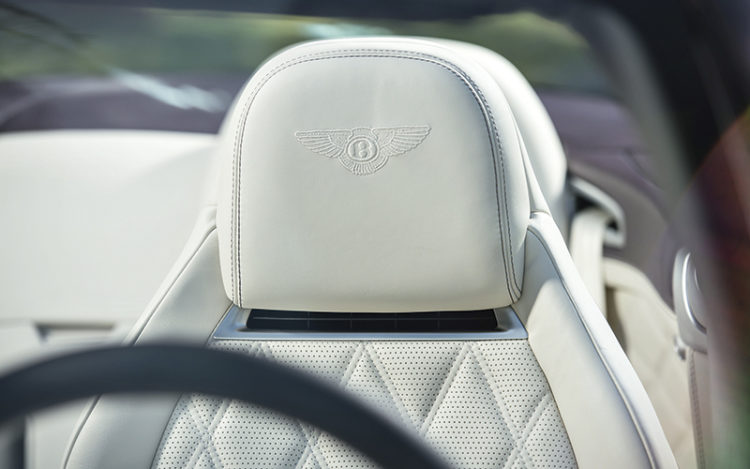 This experience gives me every reason to expect the air-conditioning, which also delivers cool air through the seat perforations, to maintain a pleasant environment when motoring roof-down in humid and warm Singapore.

The car’s rather long name includes the evocative word “Speed”, first used by Bentley on its 1925 3-Litre which, coincidentally, is also a chop-top. The 2013 Speed Convertible has double the engine capacity of the 1925 original and, unsurprisingly, several times the power output. In fact, the Speed’s 616bhp is less than one per cent shy of the previous Continental Supersport’s power output. 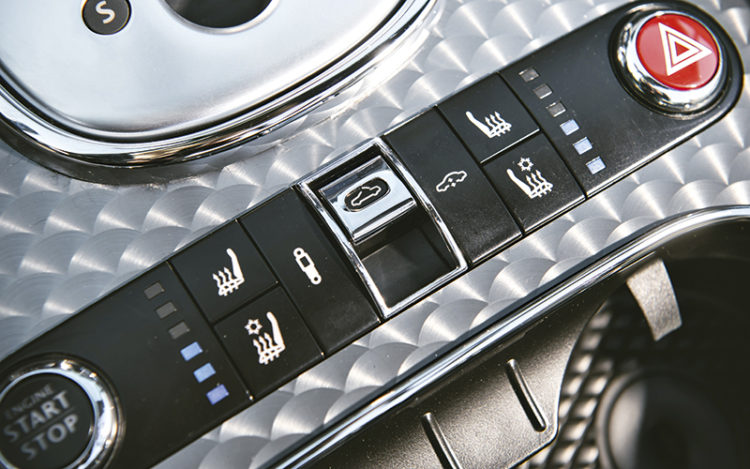 This button operates the four-layer, top-quality cloth canopy, which takes 25 seconds to deploy or retract.

The W12 engine here is essentially three-quarters of another VW product, the mighty Bugatti Veyron’s 16-cylinder powerplant. With two turbochargers to boost torque to 800Nm, the GT Speed Convertible will sprint to 100km/h from rest in 4.4 seconds, on its way to a 325km/h top speed. No four-seater convertible, in the past or present, can match this performance.

ZF’s latest 8-speed automatic transmission is a fine companion to the 12-cylinder. In all driving conditions, the auto shifts slickly and quickly, with high gearing that’s partly responsible for the 15 percent improvement in fuel economy compared to the previous model. In any case, it’s highly unlikely that fuel consumption will be a key consideration for the Bentley buyer, but returning 6.7 kilometres per litre is nevertheless impressive for a massive 6-litre 12-cylinder. 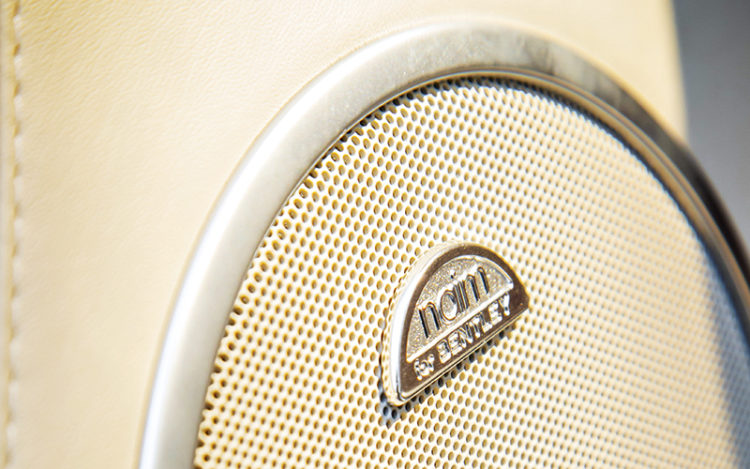 Powerful Naim hi-fi system has 11 customised speakers and auto audio compensation when the roof is down.

Slide the transmission lever out of its D gate and into S, and the Bentley reveals its aggressively sporty nature. An immediate change in exhaust note is the first sign of the “Jekyll and Hyde” transformation, followed by sharper throttle response and a more communicative steering feel.

In manual “plus/minus” mode, the gearbox will only shift when commanded by the driver’s flick of the lever or paddle-shifter, while the S mode will still shift for you but stay longer in lower gears. Suspension settings, meanwhile, are independently selectable, with four levels of damping between “soft” and “stiff”. 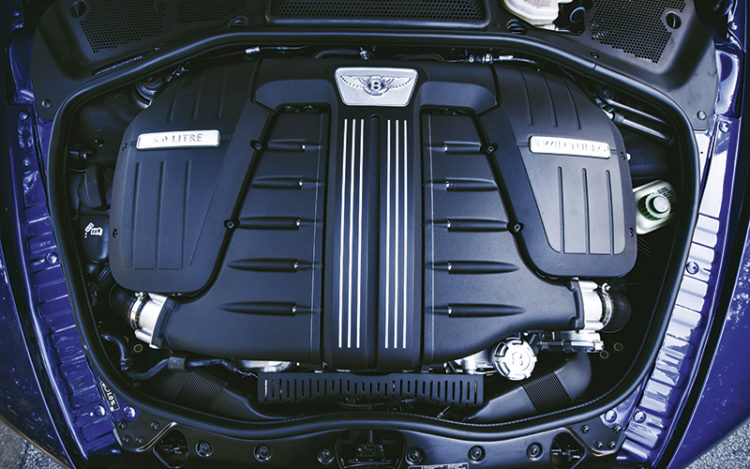 There are 12 big pistons firing underneath, with twin turbos boosting the power to 616hp and the torque to a titanic 800Nm.

Being a GT Speed, these features are perhaps a necessity to offer the driver extra levels of excitement, but even in its most gentle driving setup, this car delivers performance and handling that belie its 2.5-tonne weight. Our test car’s huge (420mm front, 356mm rear) silicon-carbide brake discs (a €10,000 option) feel like they could stop a runaway 25-car freight train, let alone a heavy Bentley.

It’s grippy, too, with permanent four-wheel drive that enables all-weather high performance. In the GT Speed, the torque split is 60 percent rear-biased (it used to be 50 percent), but the centre differential can deliver up to 85 percent of the torque to the rear or 65 percent to the front when slip is detected. Whether in snow or on wet roads, simple logic suggests that 800Nm is best handled by all four wheels. 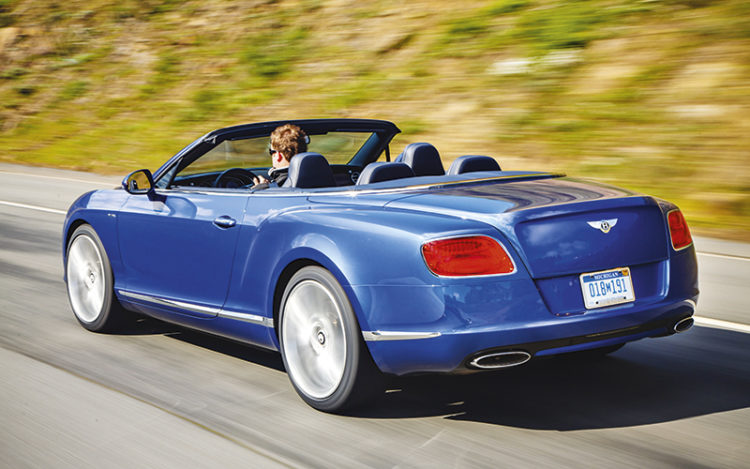 There are smaller and nimbler convertible sports cars around, but nothing I can think of has the Bentley’s complete package of pace, grace, space for four people, and sheer gentility. That the Continental GT Speed Convertible also has smashing good looks is a bonus.

This article was first published in the April 2013 issue of Torque.