For rich folks in a terrible hurry, Bentley has just tweaked the 6-litre W12 engine in the range-topping Speed variant of its Continental GT coupe to help the car really live up to its name.

Not that the vehicle needed too much of a push in that direction, though. Since the outgoing version already boasts 616bhp and 800Nm of torque, the additional 10bhp and 20Nm in the new car hardly make a difference.

This subtle bump in power sees the new Continental GT Speed’s zero-to-100km/h sprint time shaved by a tenth of a second to 4.2 seconds, and top speed creeps up by 2km/h to a mind-boggling 331km/h.

More crucially, the upsized output gives this car bragging rights as the most powerful production Bentley ever – its 626bhp now puts the 621bhp developed by 2009’s Continental Supersports in the shade. The Speed’s gargantuan horsepower figure even eclipses the 572bhp produced by the hardcore, stripped-out Continental GT3-R. 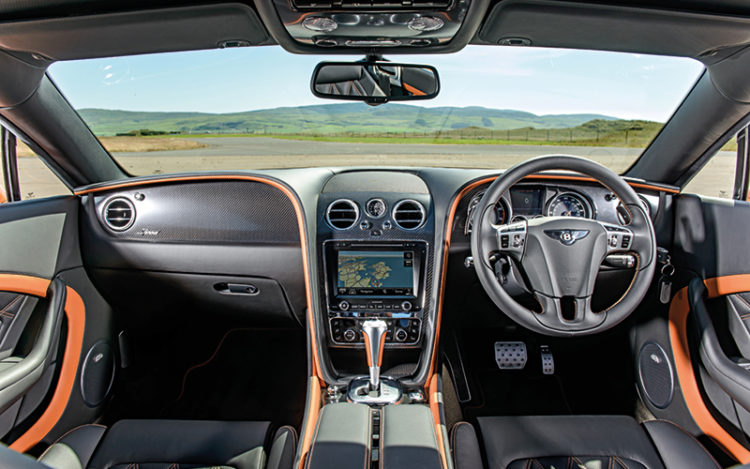 Generous lashings of carbon fibre and contrasting panelling add a touch of (speedy) drama to the cabin.

Bentley’s “makeup” department also had a say in the super coupe as well, as the car now wears a subtle bodykit comprising a discreet front splitter, side skirts and rear diffuser. Incidentally, these are the same items fitted to the Continental GT V8 S, but where the bodywork addenda on the lesser Continental sibling are black, those found on the Speed are body-coloured.

The 20-spoke, 21-inch rims, unique to the Speed, now sport a smoked finish, as do the headlights and tail-lights. There is a small “Speed” badge on each side of the front wings (instead of the “W12” badge on the less speedy Continentals) and the brake callipers are now painted red.

Inside, there are swathes of contrasting coloured inserts on the leather-wrapped door panels, centre console and fascia, all finished with some lovely contrast stitching to match. The headrests are embroidered with “Speed” logos, letting you know that this is no run-of-the-mill Continental.

It’s an incredibly opulent, feel-good cabin where you would be happy just to sit in. But this car is the fastest-ever production Bentley, and with some of Scotland’s most flowing and scenic roads ahead of us at the launch event, it would be rude not to stretch the vehicle’s long, muscular legs. 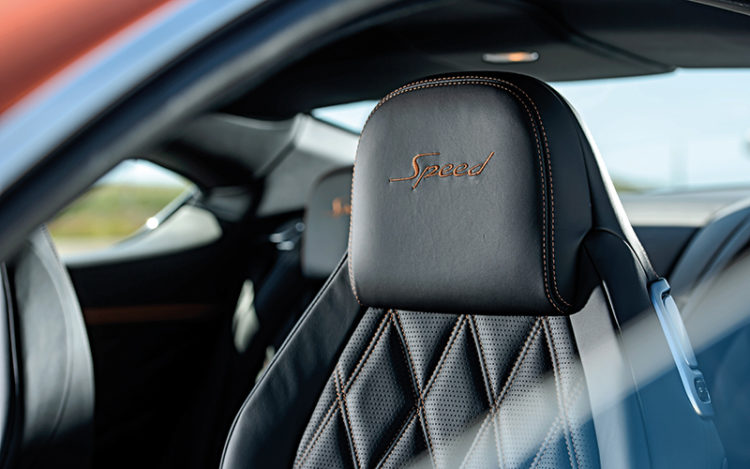 And the super GT certainly lives up to its name, as the Speed is devastatingly fast, blasting away from a standstill and giving a massive, relentless shove whenever I boot the throttle (even when I’m well into three-figure speeds). Whole lines of traffic are dispatched at a go, and so storming is the car’s pace that I sometimes need to slow down to overtake, if only to appear a little less antisocial.

Can I detect that extra 10bhp the new Speed has over its predecessor? Frankly, no, at least not without a dragstrip at my disposal and a stopwatch in hand. The revised car is obscenely quick, but then so is its immediate predecessor.

The hurtling acceleration is accompanied by an exhilarating bellow from the 12-cylinder motor up front, and a thrillingly percussive soundtrack played by the fat tailpipes behind. If you need a reason to justify choosing the Speed over its junior V8 S stablemate, this noise is it. 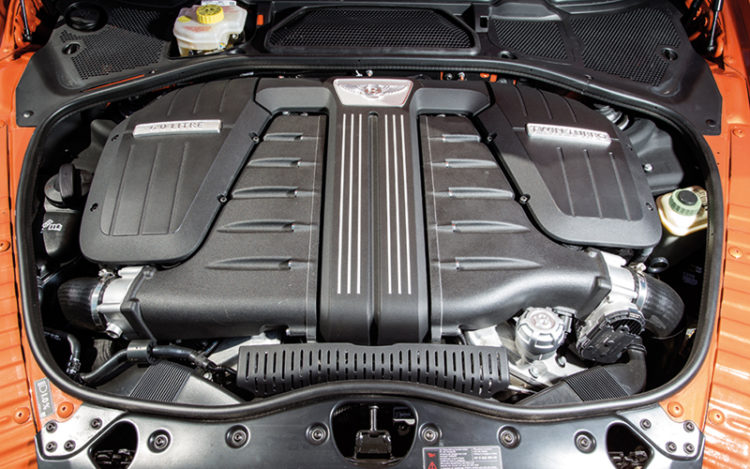 The automatic gearbox has eight speeds, but the engine is so monstrously torquey throughout its entire rev range that, on most roads, it is more than happy to be left to its own devices.

This is probably just as well, because the gearshift paddles, which sprout from the steering column on long stalks, are too much of a stretch and fixed (they do not turn with the wheel), making them awkward to operate mid-bend. Bentley would have done better adopting the smaller, more ergonomic wheel-mounted shifters from its VW parent brand.

Just as relevant to the car’s ground-covering pace in its straight-line acceleration is how it handles. At over 2300kg, you would expect it to loll about like a hippo that has had a dram of whiskey too many.

But the Speed does nothing of the sort, and it benefits from a host of small yet significant chassis and suspension tweaks over the “standard” Continental GT that give the range-topper more incisiveness. However, given its sheer bulk, it is clearly no out-and-out sports car. But it still responds very sharply to steering inputs, diving keenly and cleanly into bends, helped by the beautifully calibrated helm that even manages to deliver a surprisingly nice amount of feel.

The carbon-ceramic brakes, the biggest fitted to any production car, are as immense as the engine’s performance (and the size of the Speed itself), tirelessly wiping off kilometre after kilometre as I charged along the winding, undulating coastal road of the Kintyre peninsula in southwest Scotland.

You could certainly describe the 6-litre, 626bhp Speed as expensive, excessive and indulgent. But given how this 2.3-tonne, luxury-laden four-seat grand tourer is also able to deliver such a mind-blowing adrenalin buzz, perhaps the best word for it is extraordinary.