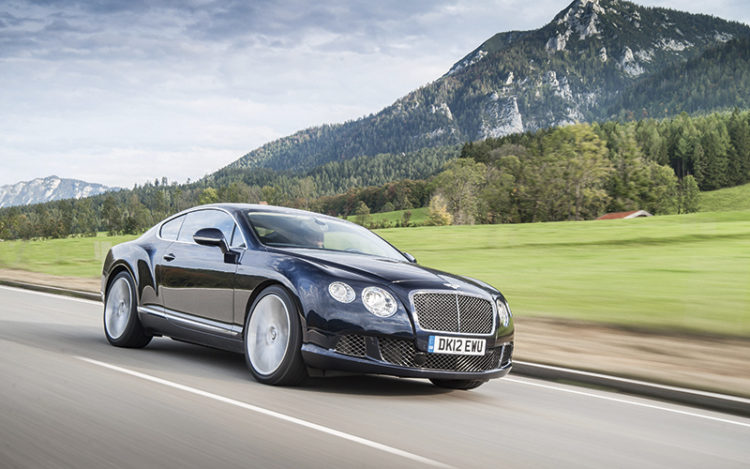 Life is like a long-distance drive – what really matters is the journey, not the destination. Most people who think so would also say that experiencing bumps along the way would make the adventure more interesting, but I disagree. No driver in his right mind looks forward to a flat tyre or a traffic jam.

Indeed, the best driving trips are those filled with beautiful scenery and uncongested roads, behind the wheel of a car that can get you to your destination feeling fresh as a daisy. Few automobiles do this as well as Bentley’s Continental GT, a two-door coupe with a blend of refinement and power that makes it such a capable grand tourer. 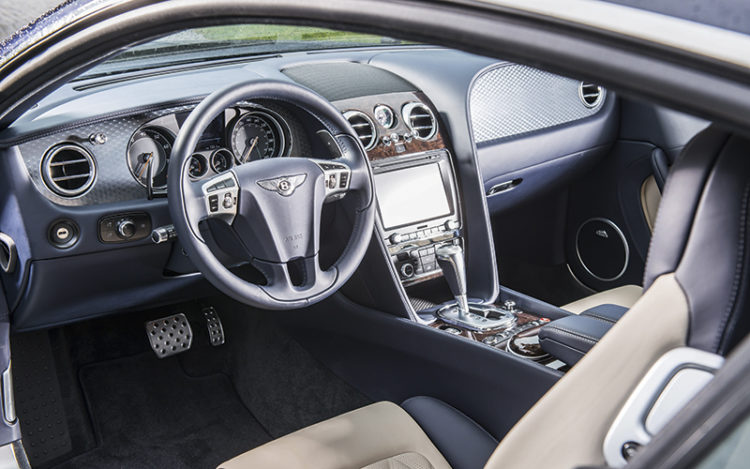 Ultra-luxurious interior trimmed with leather and timber is a testament to Bentley’s traditional craftsmanship.

For gentlemen in a greater hurry, however, Bentley now has the Continental GT Speed, with its top speed of 330km/h making it the marque’s fastest production car ever.

Looks-wise, the GT Speed is differentiated from its siblings by its darker grilles, “W12” badges on the front fenders, and unique 10-spoke alloy wheels that can be specified with a dark-tint finish. More importantly, the GT Speed exceeds the maximum velocity of both the regular Continental GT and the Continental Supersport (still the most powerful Bentley model with 621bhp) by 12km/h and 2km/h respectively. 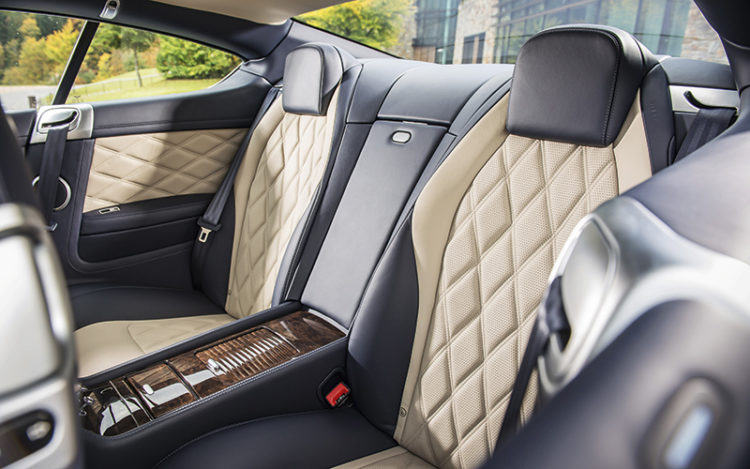 The GT Speed is powered by an uprated 6-litre W12 motor, which now kicks out 616bhp and 800Nm – 49bhp and 100Nm more than what the normal Conti GT produces. Bentley claims that this added muscle allows the GT Speed to demolish the century dash in an impressive 4.2 seconds (0.4 of a second quicker than the Conti GT), but what’s truly astounding is that it can supposedly do this despite weighing 2.3 tonnes. Mind you, that’s nearly 2.5 tonnes with two journalists and their luggage on board.

Apart from the boost in output, the W12 powerplant in the GT Speed has become a more vocal performer. It emits a meaner growl when fired up, and bellows louder under full-bore acceleration. Nailing the throttle is probably like being in a fighter jet and activating the afterburners – the GT Speed will pin you to your seat as it hurtles toward the horizon. Its mid-range performance is just as astounding – on an unrestricted stretch of autobahn, it was easy to get this big, hefty coupe to blast from 140km/h to 200km/h within 10 seconds. 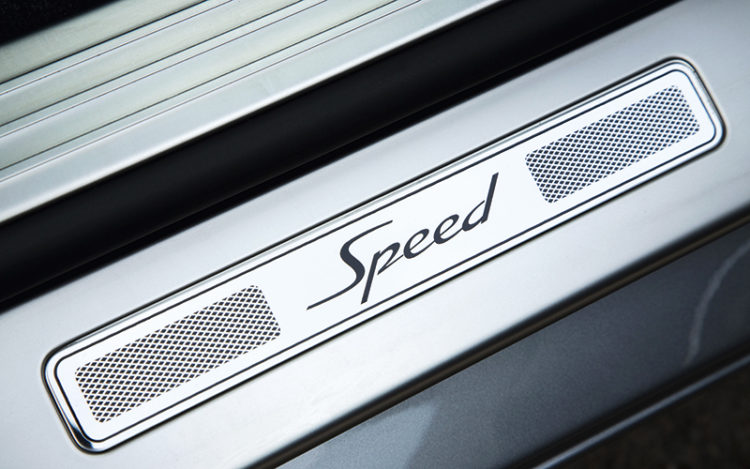 Helping this Bentley leave lesser cars trailing in its wake is the 8-speed automatic transmission (two more ratios than in the Conti GT), which offers a “Block Shifting” feature. This basically allows the gearbox to shift directly from say, sixth gear to third gear, thus assisting acceleration out of slower corners. The added ratios, of course, also enhance this coupe’s quiet cruising ability – even at nearly 200km/h, the big W12 spins at just 3000rpm.

Also a part of the GT Speed’s physics-bending repertoire is its appetite for winding mountain roads, which it devours as eagerly as it storms down straight stretches of tarmac, thanks to its stiffer suspension bushings and 10mm lower ride height. The increased low-speed bumpiness over less-than-perfect surfaces is worth it. After all, Bentley engineers have managed to take a muscular WWE wrestler and given him the ability to dance an easy waltz. 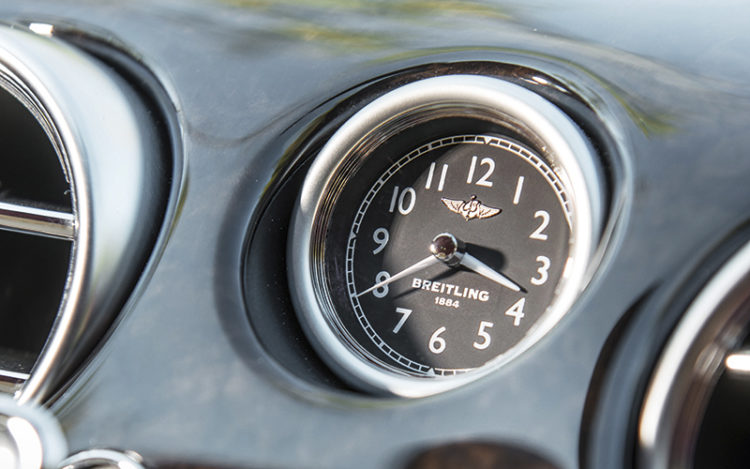 Genuine Breitling timepiece atop the dash symbolises the partnership between Bentley and the Swiss watchmaker.

To ensure that this heavy coupe stops as well as it goes are the standard cast-iron brake discs (405mm in front and 335mm at the rear). Our test cars, however, were fitted with the enormous optional 420mm (front) and 356mm (rear) carbon silicon-carbide brakes, which are supposedly the biggest in any production car today.

The GT Speed is also “big” on factory customisation. Unlike mass-produced automobiles, Bentleys are all about personalisation. There’s a bewildering and endless array of custom options available to buyers, but what’s significant is that carbon fibre (which previously had to be specially specified) is now one of the standard trim options should one opt for the Mulliner Styling package. 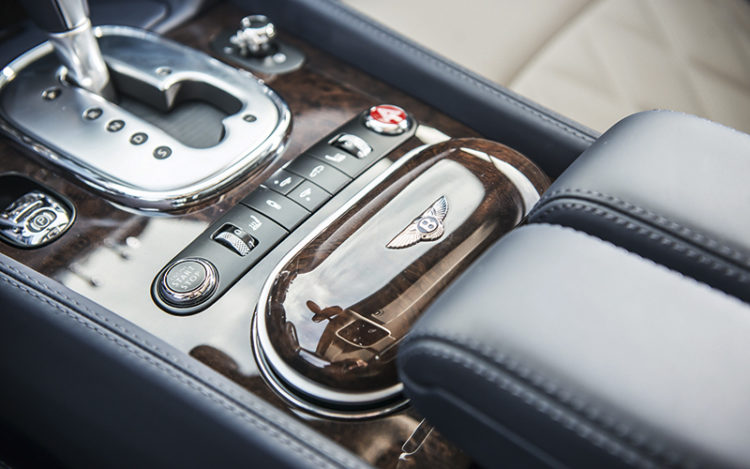 What the GT Speed really needs, however, is a faster and more capable navigation system – its slow loading and inaccurate tracking at times are simply unacceptable in a car of this calibre. Even the sat-nav system in much cheaper BMW models works better than the one here.

But that and other minor flaws are easily forgiven, once you arrive at your destination feeling as energised as when you first set off – and wishing that the journey didn’t have to end so soon. 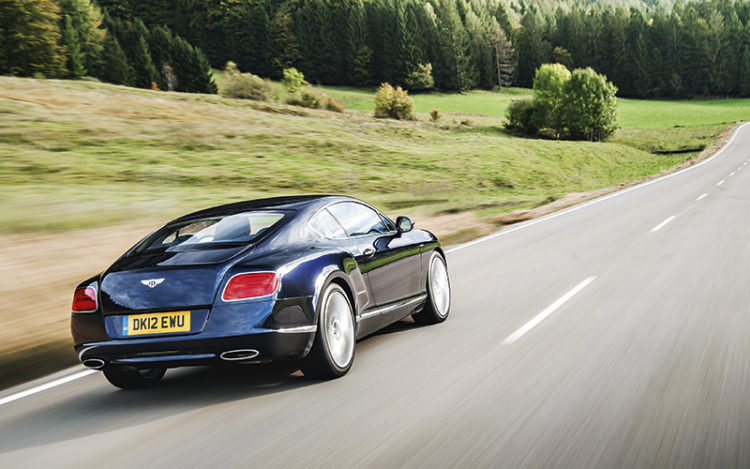