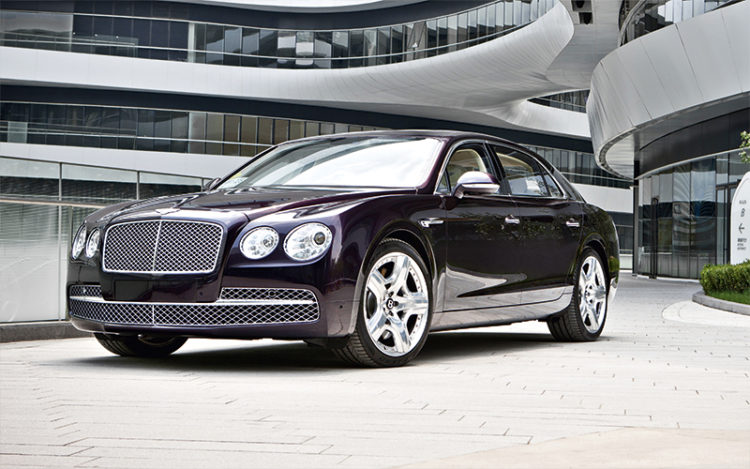 Whatever you do, don’t confuse this second-generation Flying Spur with the model that came before. This is despite both sharing largely similar (though significantly reworked) mechanical underpinnings, a largely unchanged powertrain and a significant two-thirds of the name.

The devil’s in the details, and Bentley-spotters will note that the Continental moniker has been dropped. It’s no longer a four-door Continental GT, its executives said during a press conference – it’s a “four-door, high-performance limousine”. 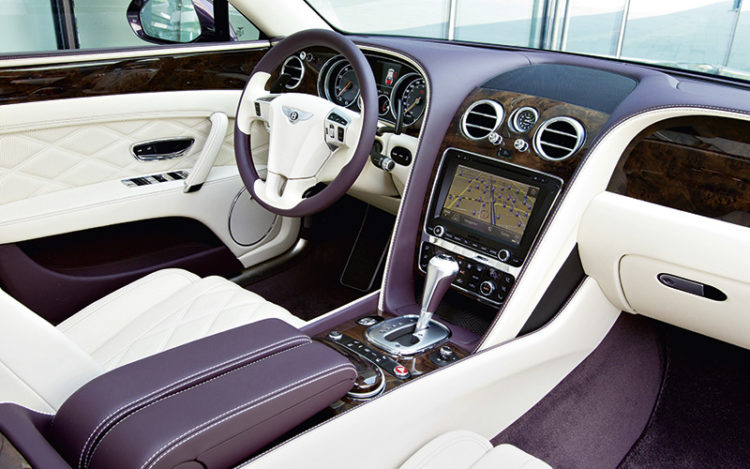 Upholstery can be colour-matched to the body’s hue, dark purple in this case.

It’s less of a four-door grand tourer and more of a plush cruiser in the vein of Bentley’s Mulsanne flagship.

To that end, Bentley has levelled quite a bit of tech at the new Flying Spur. Sound-deadening material now runs the entire length of the undercarriage, it has a quieter exhaust system, and “acoustically optimised engine mounts”. This results in what Bentley claims to be a 40 per cent reduction in noise from the previous-generation Flying Spur.

Plus, Bentley has softened the car’s ride by dialling down the stiffness on its springs, anti-roll bars and suspension bushings. Thanks to this, cruising along in the big Bentley is like being ferried around on a cushion of air, which is quite an apt analogy given its air-filled adaptive dampers. Those seem to have but one setting: pillowy. Even at its firmest, it effectively filtered out the worst potholes the roads on the outskirts of Beijing could offer up. Just like the best limousines. 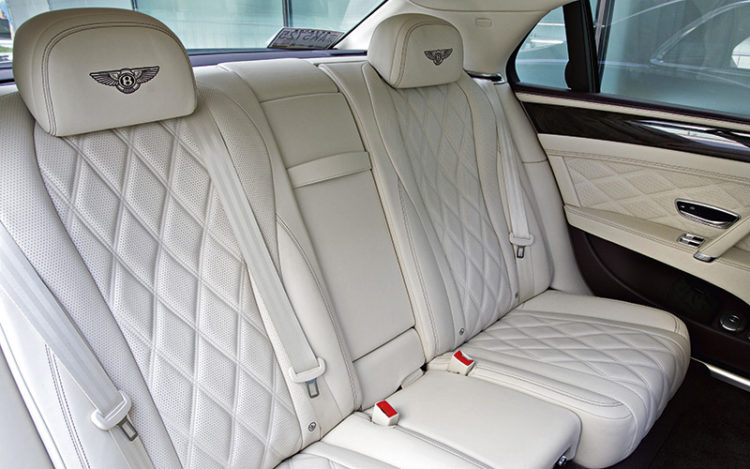 Infinitely plush interiors are almost infinitely customisable… for a price.

And like the best limousines, the Flying Spur has a suitably plush interior. Also new to the car is a tablet-like wireless remote controller housed in the rear centre console that allows passengers to manipulate the air-conditioning or infotainment system. The highlight of the interior, however, is the wraparound, grain-matched, wood-panelled dashboard that looks like the interior of an opera stall.

The myriad combinations on the Flying Spur’s Chinese test fleet are but a small sampling of what can be done. Naturally, it has immense scope for customisation. Don’t like the two standard veneer choices on offer? Tick the box for the Mulliner option pack, and it unlocks five more wood and leather upholstery options, bringing the latter total to 17. Bentley can, for a suitably high fee, accommodate special requests for colours or different sorts of leather, provided of course that your request isn’t illegal. Tigerskin seats, then, are probably out of the question. 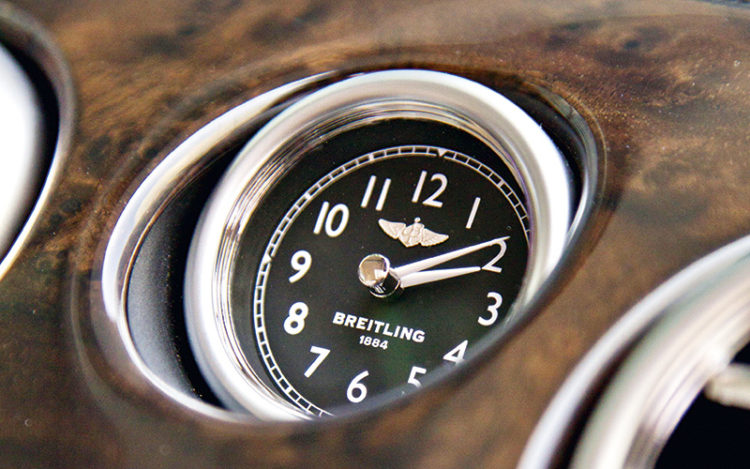 It’s got the luxury and limousine parts down, but what we really can’t argue with is Bentley’s claims of the Flying Spur’s performance. Its 6-litre, twin-turbocharged W12 is carried over, but gets a power bump to 616bhp. This figure is even greater than the previous range-topping Flying Spur Speed model’s 610bhp.

Zero to 100km/h happens in 4.6sec, and zero to 160km/h in 9.5sec. Keep your foot on the throttle and the Flying Spur will top out at 322km/h. It’s heady stuff indeed and if anything, the car feels even more rapid than the numbers suggest. This new Flying Spur is, after all, what Bentley is billing as the fastest, most powerful saloon the chaps from Crewe have ever built. 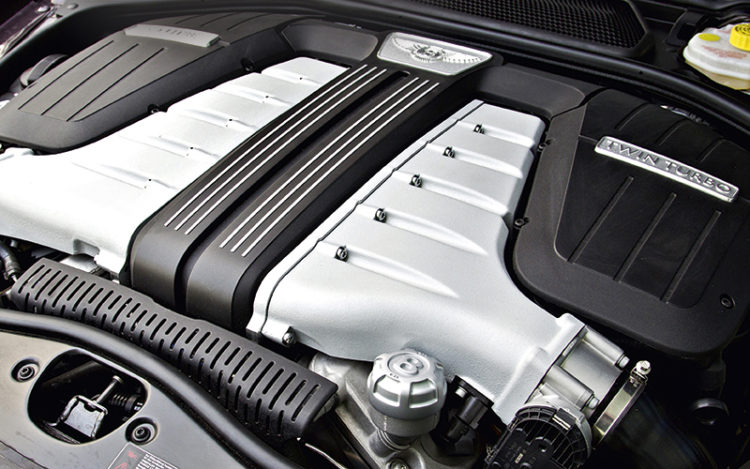 There’s a near-instant, near-inexhaustible wave of torque as that W12 motor catapults the Flying Spur forward, though there’s a gentility to the proceedings that sets it apart from a hard-edged supercar. Don’t mistake that gentility for foppishness, however – an almighty 800Nm from 2000rpm isn’t a figure to be trifled with.

And neither are the Flying Spur’s other figures. Not least how it weighs 2475kg in spite of it going on a 50kg diet, and how it measures nearly 5.3 metres long. It handles well enough in a pinch, but overly aggressive assistance from the power steering (plus the portly dimensions) doesn’t make flinging the Flying Spur about a particularly enjoyable affair. 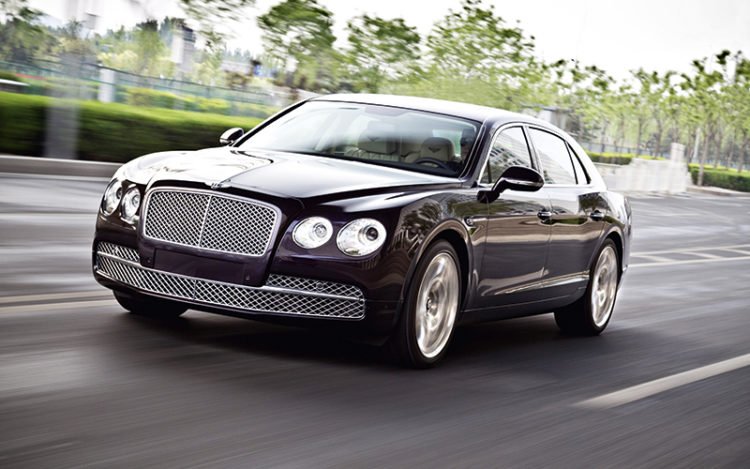 However, the hardest figure to ignore will probably be its price tag when it arrives here at the end of the year. Set to cost round about a million dollars (sans the extremely pricey options), it’s a sizeable chunk of change, which makes this “junior Mulsanne” only junior in relative terms.

The changes to the Flying Spur may not entirely be for the better, especially if its potential buyer should be of the red-blooded enthusiast persuasion, but we suspect its greater refinement will suit a particular sort just fine. You know, the sort who will treat the Flying Spur as a stepping stone to the Mulsanne, as a neat little stopgap before that new oil well comes on stream. 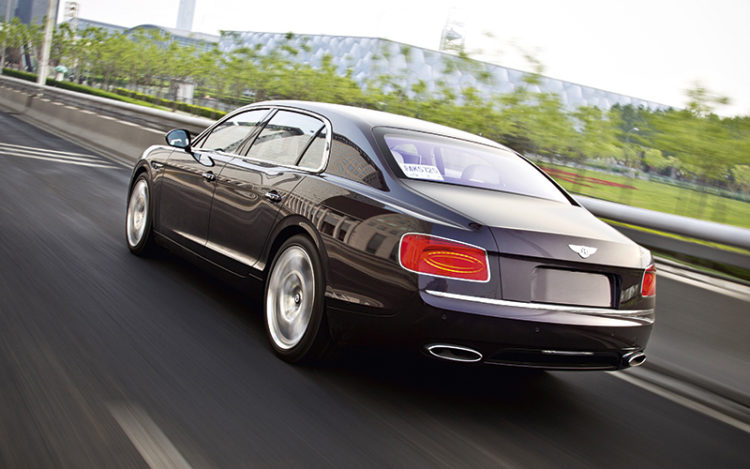