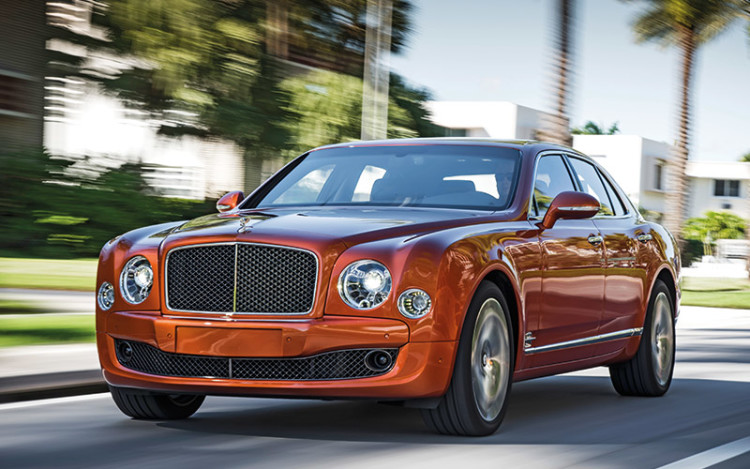 What constitutes the Mulsanne Speed edition? I’m used to manufacturers taking equipment out of their cars to make them lighter and faster, but Bentley’s Speed programme stuffs the Mulsanne with even more goodies, and upgrades the limo’s performance and suspension at the same time.

There are new Speed-specific exterior colours, while inside the cabin is a collection of the most exquisite materials. It starts with a two-tone theme, and continues with the addition of the Mulliner Driving Specification, which includes fancy diamond-quilted stitch lines on the leather upholstery to create the right contrast between light and dark hues. Even the headliner is in the finest leather. There are also Bentley emblems embroidered on all the seats.

Every cabin item that looks like metal or wood is the real thing, such as the gearlever and air-con outlets/adjusters. Look closer and you’ll notice the gleaming metal alloy of the door handles and drilled pedals. All these items are cool to the touch, unlike the chromed plastic bits found in less “authentic” cabins.

Inside the Mulsanne, my nasal passages pick up a whiff of the deluxe leather draped generously throughout the regal interior. 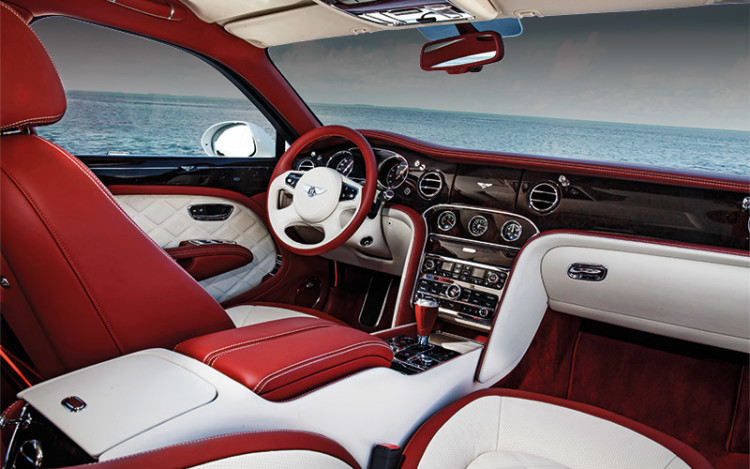 I smell “tree”, too, courtesy of the wood veneers stretched across the dashboard and doors. These are solid blocks of wood, milled down to the requisite shapes and sizes, then varnished to perfection. These are not printed plastic parts in disguise.

It’s all a bit old-school, but it works brilliantly, creating the traditional ambience of a British luxury saloon.

The Mulsanne’s opulence is matched by the performance of its Speed engine, a 6.75-litre twin-turbo V8 with 530bhp of horsepower and 1100Nm of majestic torque.

This isn’t a high-revving 8-cylinder. It does its best work at low revs, pulling away from traffic effortlessly and without any drama. The massive motor hauls the 2685kg behemoth from zero to 100km/h in just 4.9 seconds. With enough road, it can reach a scarcely believable 305km/h.

In an indulgent limo like this, and in a place like the United Arab Emirates, where petrol is cheap, the Mulsanne Speed’s measures to improve efficiency are perhaps redundant. But in any case, the Bentley has a respectable drag coefficient of 0.33 and a cylinder deactivation system that turns its V8 into a temporary V4 during light-load operation, such as cruising with minimal throttle input. The V8-V4-V8 switchover is undetectable.

Thanks to its improved efficiency, the Bentley is 13 percent more economical (or to be accurate, less thirsty) than before, which translates into an additional 80km on the road from a full tank of fuel.

Even so, returning 6.8km/L on average and 4.4km/L in urban conditions isn’t exactly fuel-efficient, and spewing 342g of CO2 per kilometre isn’t exactly saving the planet.

In my experience, driving the Mulsanne Speed in a suitably speedy fashion would result in mileage of around 3km per litre. 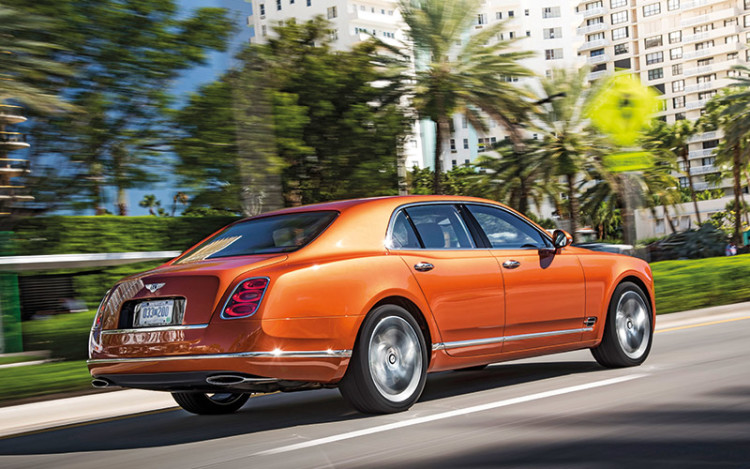 Talking or thinking about the fuel economy of a high-performance limousine is probably pointless. The point here is, well, high performance, and the Mulsanne Speed delivers.

It’s a big, heavy saloon with luxuries aplenty, yet it’s surprisingly agile, seemingly shrinking in size as it negotiates corners. The driving controls are lightweight, but not to the point of “lightening” my sense of tarmac, steering and chassis.

It isn’t a sports car by any stretch of the imagination, and it’s a far cry from the Continental GT Speed, but this automobile provides enough feel and possesses enough zeal for the driver to enjoy the drive. It’s a highly refined drive, too, with the cabin so quiet and well-cocooned that 150km/h on the highway “sounds” like 100km/h.

Bentley’s Mulsanne Speed is not a mindless luxo-barge on steroids, and it’s not meant to be a chauffeur-driven ride  for Mr Big on the backseat. It’s a speedy, super luxury saloon for Mr Quick in the driver’s seat.