BMW 316i
It’s no secret that we love BMW’s latest 3 Series. The general consensus among the Torque staffers is that it’s been the car to beat in the segment since its debut early last year. However, while we like its bigger-engined and more powerful siblings, our impressions might just change when it comes to the littlest member of the 3 Series range.

On paper and two decades on, it still doesn’t sound all too promising for the baby 3. It has a 20bhp power deficit on the C-Class here and 24bhp less than the basic-spec Audi A4, the 1.8 TFSI. There’s no easy way to say this – the 316i is the least powerful member of Germany’s traditional junior-exec triumvirate. 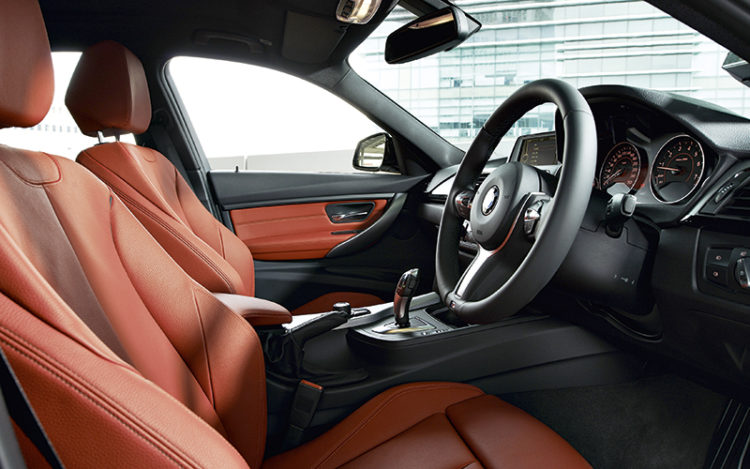 So, while it might look the business, thanks to the M Sport styling package (a $7000 option comprising exterior and interior styling addenda, along with racy red leather seats), the reality just might be a case of history repeating itself. Furthermore, with the new 3 Series being far and away the biggest car in the segment, the 316i looks like it’s going to end up as the compact executive that couldn’t.

A torque figure of 220Nm and a century sprint timing of 9.2 seconds don’t sound too impressive, or even adequate, but happily, the car never feels like it’s wanting for grunt. In fact, we were labouring under the impression it matches the C180 in power.

Much of this, we think, comes down to the slick 8-speed automatic gearbox it comes with – a similar transmission is shared throughout the 3 Series lineup. It delivers the sort of snappy shifting we’d normally associate with dual-clutch gearboxes, but (largely) without the low-speed lurch. 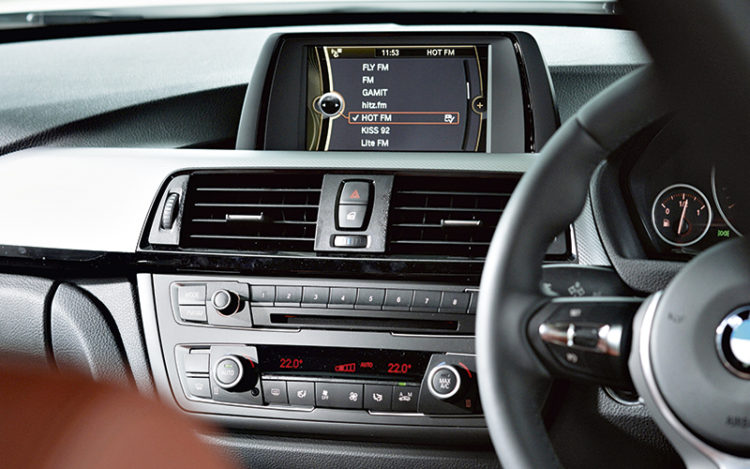 Of course, the powerplant also has quite a part to play in that. Despite being the smallest petrol engine BMW currently offers (at least until the new 1.5-litre 3-cylinder units make their debut), it’s hardly small in spirit. Twin-scroll turbocharging, variable valve timing, and direct injection all feature in the 316i engine, making it technologically identical to those of the 320i and 328i.

There’s quite a bit of diesel-esque clatter at idle, but in all fairness, it’s a situation endemic to most modern, lean-burning direct-injection petrol engines. The good news is, there’s quite a pleasing, rorty note to be found the higher you go up the rev range. If we have one gripe with it, it would be that it tends to hold on to a taller gear than is ideal, which leaves it a little flat-footed when exiting corners. 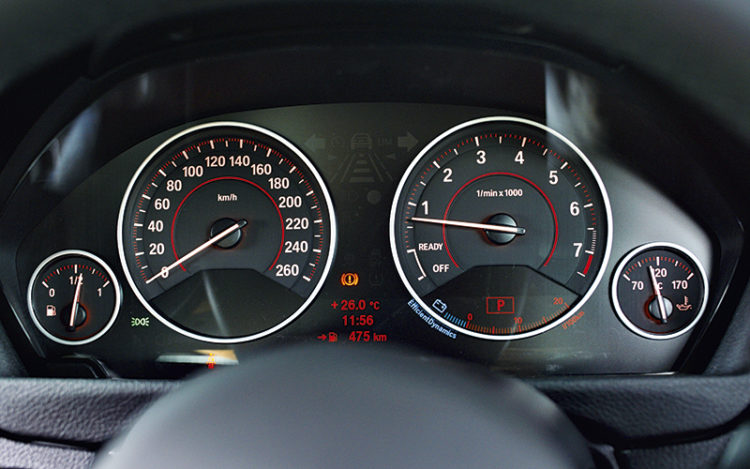 But the real gem is the chassis. It’s light on its feet, beautifully balanced, and always supple while still delivering excellent body control. That the 316i does 16.9km per litre, has room for three passengers in the back, and offers 480 litres of boot space is but the icing on an already very tasty cake.

It’s little wonder that it was the clear winner in the compact executive saloon category of our 2012 ST-Torque Best In Class awards. If you can get a bunch of opinionated motoring writers (who usually behave like cats in a bag about these things) to agree on a car’s worth, it really must be something special. 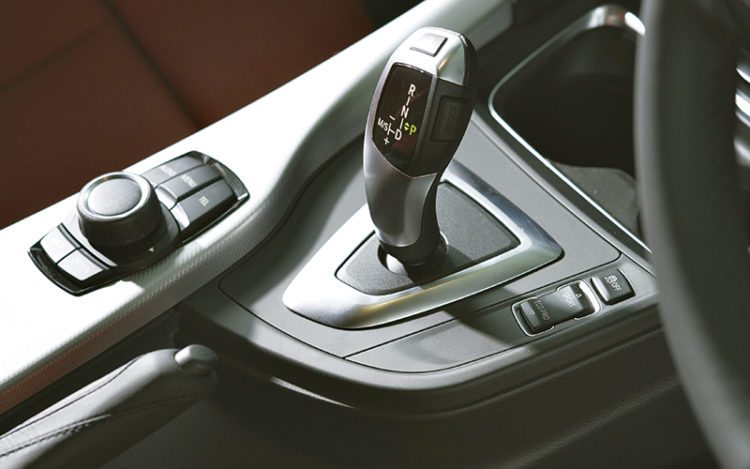 Of course, the 316i isn’t for everybody. There’s the aggressive styling and the “wannabe yuppie” image. So, for those possessed of more delicate constitutions, we present the challenger… from Stuttgart…

Mercedes-Benz C180 CGI
The Mercedes-Benz C-Class was our favourite compact executive saloon in the 2011 ST-Torque Best In Class awards, before the BMW 3 Series took the same accolade last year. Is the prognosis looking rather dim for the Merc? For starters, it’s getting a little long in the tooth. It received a mid-life refresh a couple of years back and, if the rumour mill is to be believed, it’s set to be replaced by a larger, sleeker model based on an all-new platform come 2014.

But all that’s just conjecture. For now, what we have is the facelifted C-Class, and despite the blink-and-you’ll-miss-it changes, Mercedes-Benz is keen to advertise the over 2000 new components. The latest addition to that list is a new CGI powertrain for the basic C-Class model – a 156hp 1.6-litre direct-injection turbocharged engine mated to a 7-speed automatic. Confusingly enough, it shares the same name and power output as the C-Class that used to occupy the slot just above the previous entry-level C180 Kompressor, also with 156hp. Thankfully, Mercedes marketers in Singapore have ended the confusion once and for all by axing the two earlier C180 models and retaining just this C180 CGI at the foot of the C-Class lineup.

The move seems like a non-event, what with the new engine retaining the same 156hp as the outgoing C180K, but its century sprint timing has been cut by 1.4 seconds to 8.5 seconds, thanks in part to the 20Nm bump in torque (to 250Nm) and the specifying of a 7-speed automatic to replace the ageing 5-speeder from before. 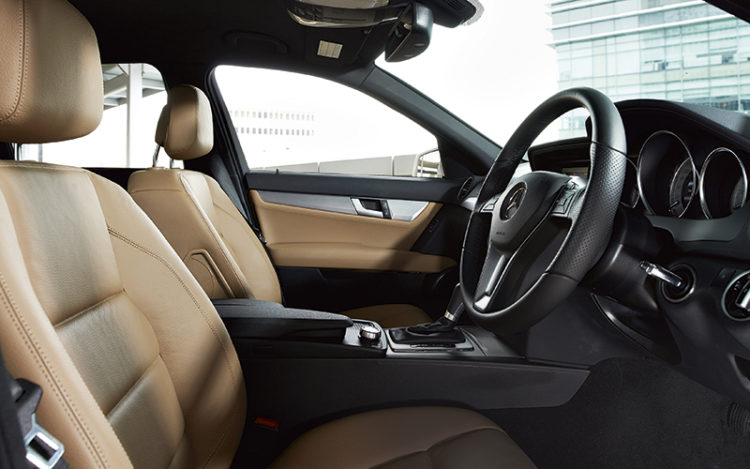 However, the improved drivetrain has also finally given the entry point to the C-Class range a healthy shot of modernity. Where the old autobox was clunky, the 7G-Tronic is smooth, and its slick shifts match the upgraded chassis’ more resolved ride (the old one can get a little restless) and more precise steering.

Still, for all the good done by the numerous upgrades to the C180, it’s difficult to deny that it’s got a mountain to climb against the 316i. But this is based on the assumption that making a direct comparison between the two would be fair. We’re contending that it isn’t. Both vehicles are comparable in just about every significant metric (physical size, power, equipment level, pricing), but everywhere else, these rival saloons appeal to vastly different customers. In the case of the C180, we’d imagine the steering’s vagueness just off-centre is quite welcome for the thrill-a-month sort of driver. Admirably, the steering, as with most Mercedes models, gains meatiness as more lock is applied, so there’s no fear of the car being caught out when those aforementioned drivers are looking for their monthly thrill fix.

Most other times, it’s a very undemanding car to drive. It doesn’t beg to be flogged, which could lead to some corners calling it inert, but we get the feeling that’s precisely what the engineers were shooting for. 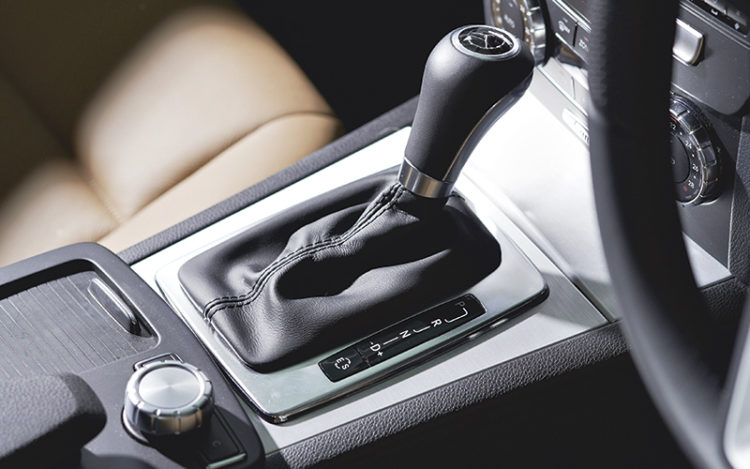 And then of course, there’s the undeniable appeal of the three-pointed star, enough to ensure excellent resale value and a willing buyer when the time comes to upgrade (or downgrade, for that matter). It would take a brave man to bet against the C-Class continuing to sell well until it’s eventually replaced.

There are plenty of reasons why the C-Class is such a stalwart bestseller in Singapore. It’s inoffensive, easy to live with and, unless some apocalyptic turn of events happen to change the situation, it is a very solid choice. 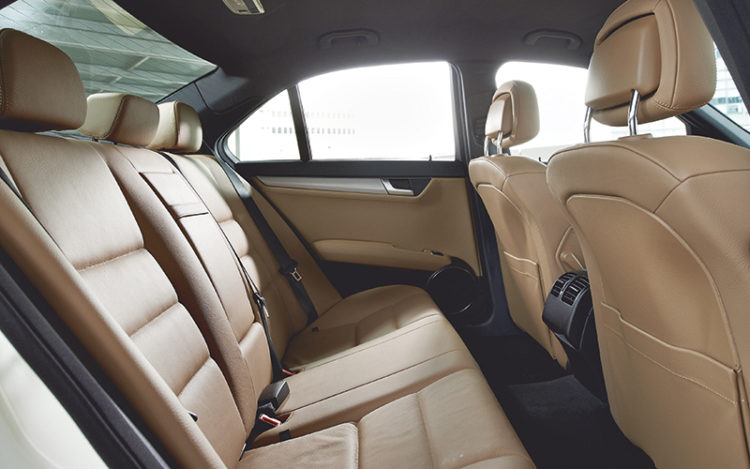 Conclusion
If it were up to us motoring journos, we’d pick the 316i in a heartbeat. It has the sublime suspension we’ve all come to know and love, while the inclusion of a seemingly anaemic 136hp 1.6-litre hasn’t blunted our enjoyment of it too much, it at all. That it costs just $742 in road tax annually and returns nearly 17 kilometres per litre (as claimed) just sweetens an already very sweet deal.

But, as we’ve said earlier, the BMW isn’t exactly an image-free car, for better or worse. That’s where the C180 comes into the picture. Against the BMW, it looks a little dated and lacks the 3 Series’ handling verve, but ironically enough, that might indeed be the biggest draw for some people. Where the 3 Series sometimes begs to have the doors driven off it, the C-Class makes no such demands. It’s happy simply pootling along, and indeed, that’s when it feels at its best. 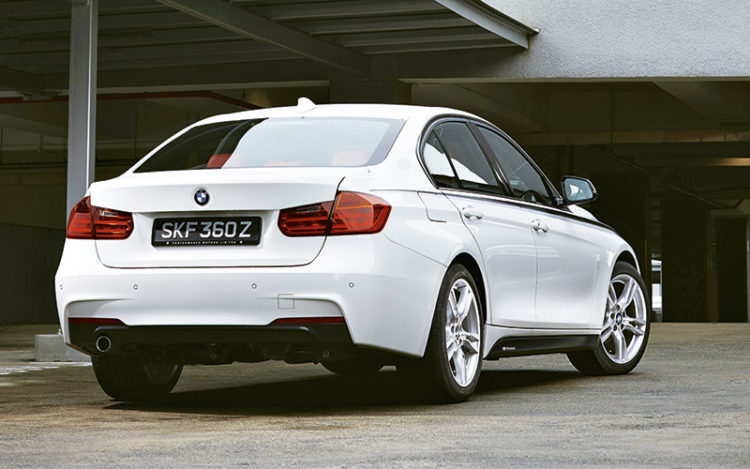 Choosing between these two rival saloons really comes down to your personality and/or driving style. If you’re a red-blooded driving fanatic, you’d naturally want to root for the BMW. If you’re the opposite, the Mercedes would definitely be more your thing. 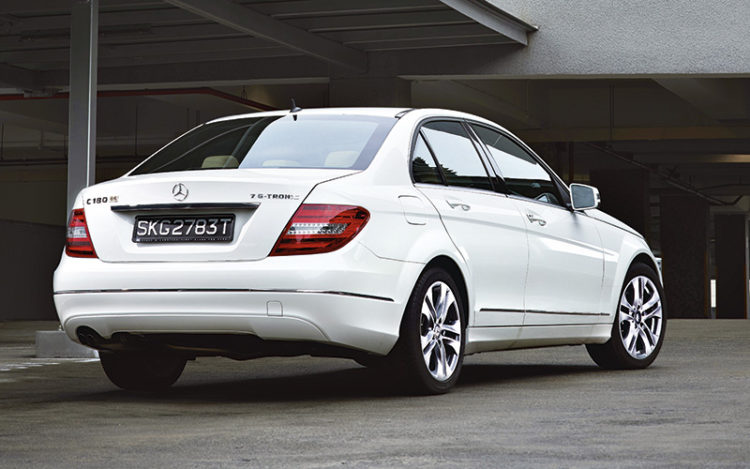 Complicating matters further is how both models are priced within a thousand dollars of each other and have very similar equipment, with key highlights being pared-down infotainment (sans satellite navigation) and a multi-function colour display.

It’s a fight almost too close to call, but if we had to choose, we’d go for (whisper it) the BMW.