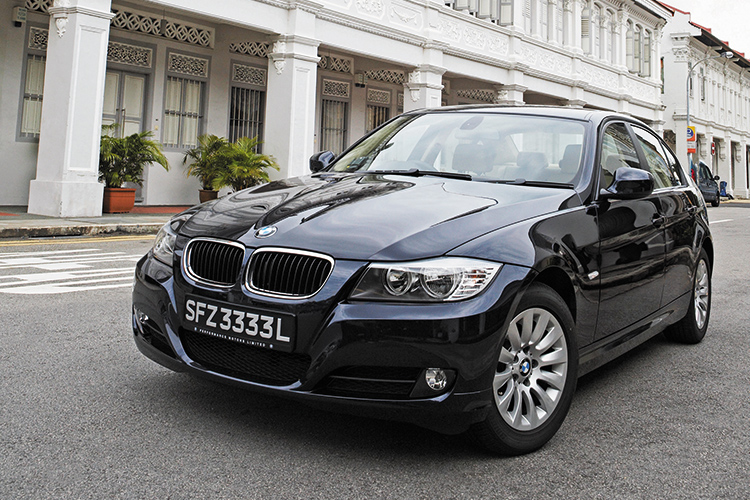 The 318i nameplate returns to take the 320i’s place as the entry model to the 3 Series range.

And the savings of $18k may just tempt undecided clientele into purchasing a proper BMW. (The 1 Series just doesn’t do it for some of us.)

Despite its positioning, the 318i is by no means a bare and basic model.

It has the same 16-inch alloys as the 320i and the same “Satin Silver matt” dashboard trim as the rest of the range (the 335i is the only one to feature fine cutting aluminium).

However, the 318i is the only one without xenon lights and leather upholstery. BMW labels the 318’s PVC as “Sensatec”, supposedly to give it more cred!

To me, these vents are more critical than climate control as they provide quicker cooling for rear passengers on hot days.

What is surprising is that the 318i has electric adjustment of the seat with memory function, like the rest of its more expensive siblings.

Another useful feature retained is automatic tipping down of the left door mirror when reversing. 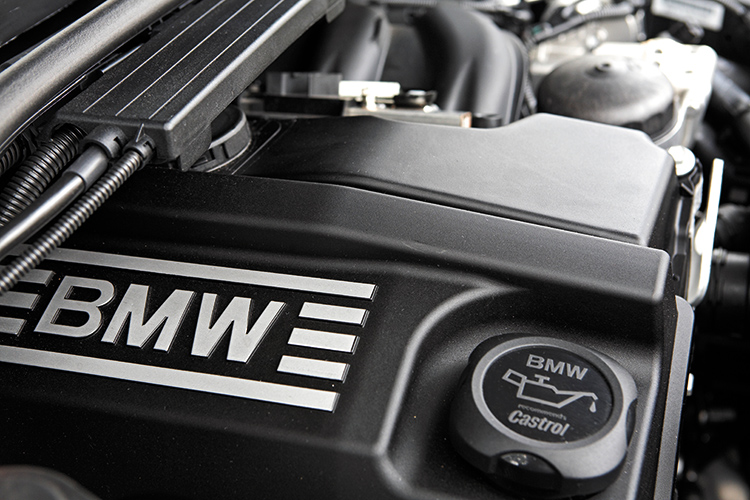 Fortunately, regaining the “lost” horses is easily and inexpensively achieved by remapping of the ECU (at a third-party tuner, of course).

Quite frankly, besides the initial lethargy on driving off, the 318i is golden. The unstressed motor actually feels quite refined.

It make not have much poke, but for the many Singaporeans who drive in a leisurely manner, it’s perfectly okay.

The steering has the same direct and accurate feel which has won so much praise for the 3 Series. The price to pay for the sense of heft is the effort needed for parking manoeuvres.

As expected, the 318i retains the class-leading ride/handling compromise of its more illustrious siblings.

You always feel the chassis could easily handle three times the power without any problem. Anyway, a 10.8 seconds time for the benchmark century sprint isn’t too shoddy.

In fact, the 318i makes good sense as a relatively inexpensive way to become acquainted with the illustrious BMW marque.

After all, it looks like any 3 Series, and appearance plays a big part in the choice of a car, doesn’t it?