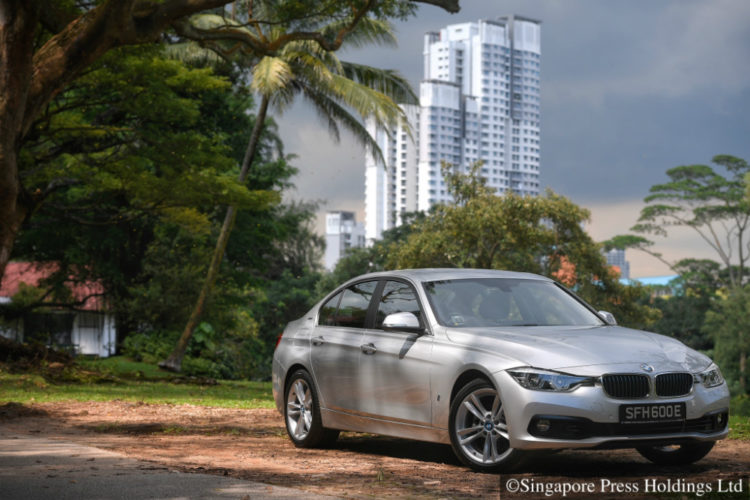 Ladies and gentlemen, this is a sedan. Some of you may not remember what that is, given that very few cars launched today are sedans.

To reacquaint you, a sedan is a road-going car. It sits close to the tarmac, with a chassis engineered for speed, comfort and dynamism.

It has a three-box design, with the rear section reserved for stowage. You know, the place where you put sports gear so the cabin does not stink up?

A sedan has become a rarity, in a world increasingly overrun with SUVs and cars that are hard to define because of their fanciful names.

So, it is rather pleasant to have a sedan to test-drive. Especially when it is a BMW 3 Series, which remains one of the finest driving machines of all time.

The variant on hand is a 330e iPerformance – a plug-in petrol-electric hybrid powered by a turbocharged 2-litre engine as well as a torquey lithium-driven electric motor.

Of all the hybrid cars driven so far, the 330e ranks as the best in terms of refinement, seamlessness and driveability.

That is impressive because preserving the character and “feel” of a car that is as special as a 3 Series cannot be easy. Not when you are introducing a new drivetrain component that is as alien as ketchup is to sushi.

Well, perhaps that is exaggerating it a little. BMW has, after all, made the stunning i8, a plug-in hybrid sports car which is sensational at the wheel.

Then again, the i8 does not have a predecessor, whereas the 330e comes from a long line of cars steeped in tradition. When you get into a 3er, you have expectations.

And that is why the 330e is awesome. It preserves the essence of a 3er, despite having an electric motor. 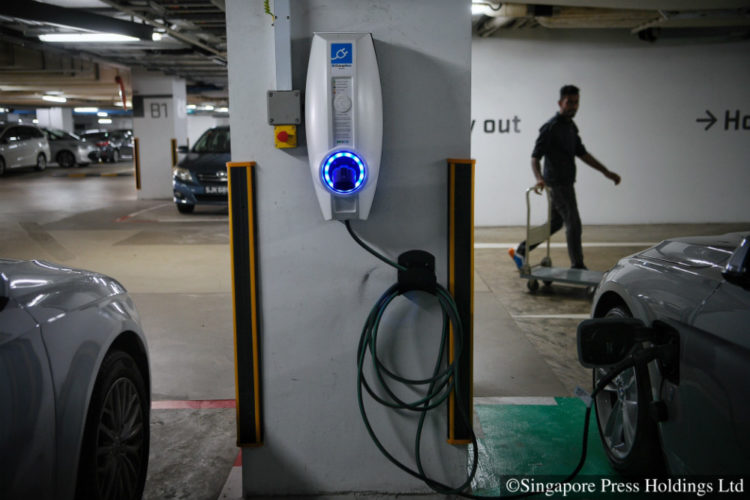 A charging station for the car at Galaxis Building, 1 Fusionopolis Place.

The car is equally driveable in electric and petrol mode, with the former perhaps a tinge quieter. And unlike some hybrids, you can drive it with reasonable enthusiasm in electric mode.

The combustion engine will kick in if you need full-throttle response or when the battery charge dips below 10 percent.

BMW claims the car can cover 40km on battery juice alone. In Singapore, a more realistic range would be 25km. In any case, the claimed range could not be verified because there was not enough time to fully charge up at one of three public charging points available.

Buyers will, however, get a wall charging box installed at their homes or workplace.

Plugging in for the night should have the batteries fully charged by morning.

Depending on your commuting pattern, it may be possible to drive the 330e without ever having to call upon its petrol engine, which means ultra-low running cost.

During the test-drive, the 330e averaged 13km per litre – remarkable for such a sporty and engaging car.

The only difference you feel at the wheel is when you lift your foot off the accelerator. Instead of free-rolling, battery regeneration kicks in and you feel a resistance that is not unlike engine braking.

Once you are attuned to this trait, you can make the brakes last longer and you will hardly need to shift down before negotiating a bend.

Is there anything undesirable about the car? Well, there is less boot space and the warranty on the lithium battery pack is only six years or 100,000km.

Not a big issue, really. Unless, of course, you intend to keep your car for 10 years.