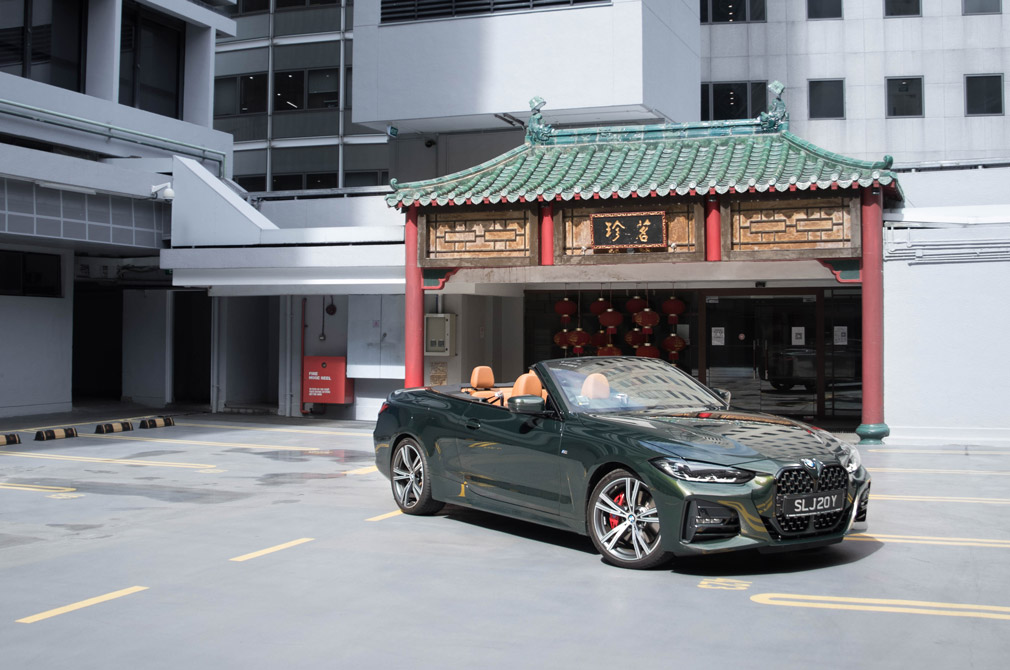 One would have expected the latest 4 Series Convertible to be edgier and sportier than its predecessor, but this is not the route that BMW has chosen.

It’s a surprising move. BMWs, as most drivers would imagine, become more dynamic with each generation, offering greater performance and drivability, perhaps coupled with a stiffer ride.

But surprisingly, BMW has gone in the opposite direction. Instead of creating a harder, more focussed model, it has taken a softer approach. And the move has resulted in a more enticing proposition.

“Enticing” may not be what everyone thinks of the new Convertible, especially with a polarising front end.

But whether you love it or loathe it, that grille will be here for quite some time. To be fair, it does give the 4 Series (and M4 and M3) such distinctive faces that they can’t be mistaken for anything else. 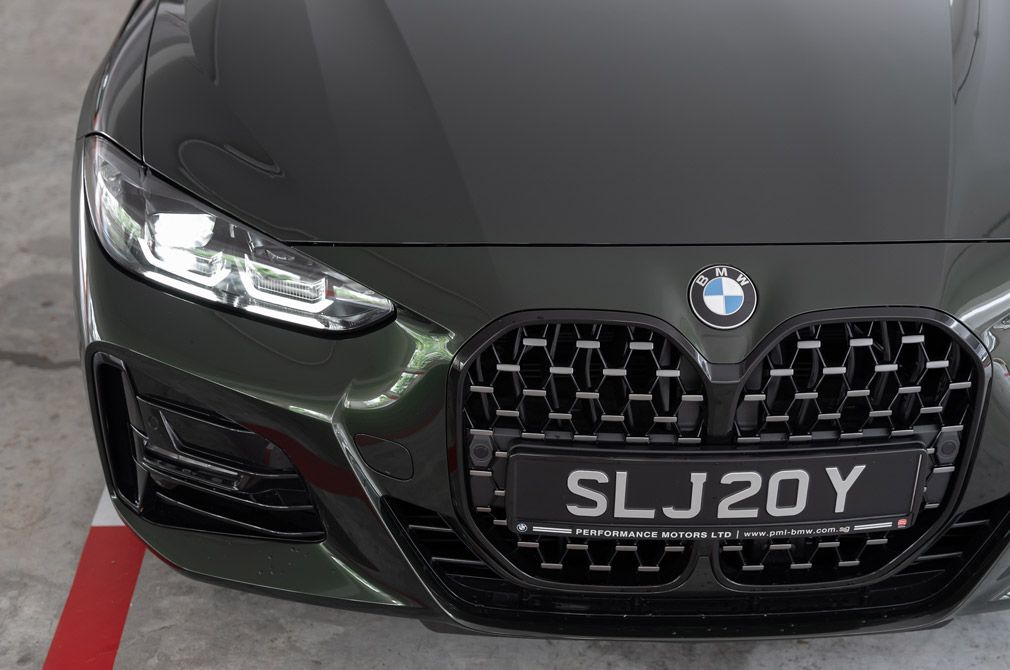 The rest of the car is a lot more eye-catching, with sharp lines along the flanks that add sleekness, and a rear end with a “cinched” boot lid.

Particularly striking is the new folding soft-top. When closed or in place, there are no weird bulges or protruding bits that hint at the structure underneath. The result is a smooth roofline and super-clean silhouette. You almost want to keep the roof closed just to show it off.

The new 4 Series Convertible is a lot larger than the previous one. It is now 128mm longer and 27mm wider, and its wheelbase has been lengthened by a considerable 41mm.

The longer wheelbase makes accessing the backseat easier, since the aperture is wider. But though the rear seats are roomier, the thought of sitting through a road trip back here is still an uninviting one. 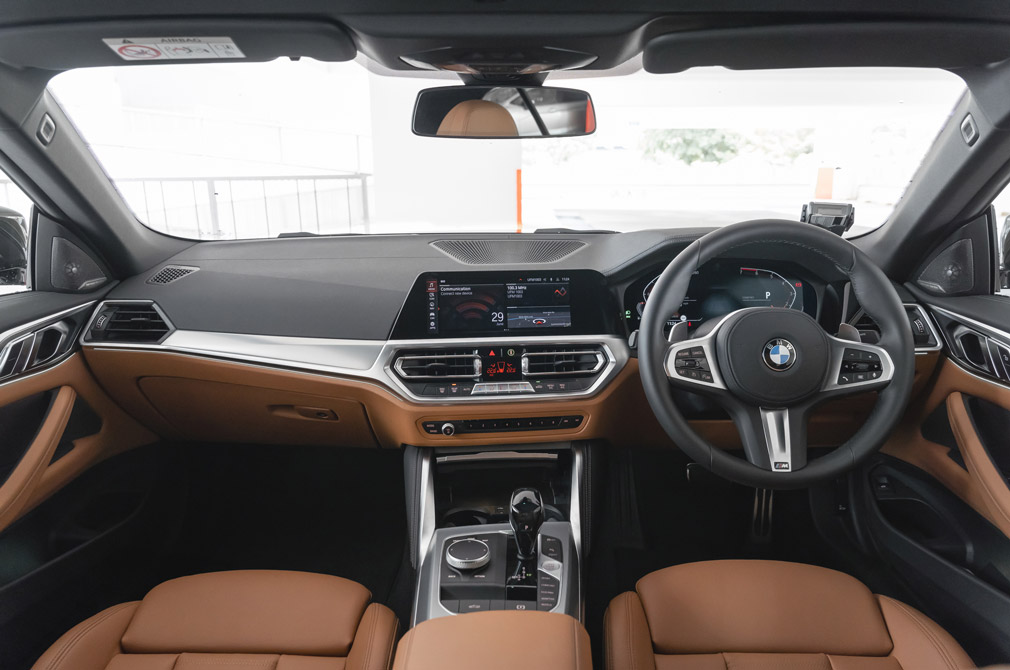 That said, another advantage of the larger body is the improved boot capacity, which makes the 4 Series Convertible more practical than ever.

A storage capacity of 385 litres (15 litres more than before) is on hand when the roof is closed. Even with the roof open, there are still 300 litres available. That figure is 80 litres more than what the older model offers.

Though larger and roomier than before, the 4 Series Convertible’s ability to put a smile on the driver’s face is unaffected.

Like all convertibles, this one is at its best when driven with the top down. All it takes is 18 seconds for the roof to open (or close) and stow itself in the boot.

Wind-in-your-hair motoring is something every driver should experience. It is both invigorating and relaxing at the same time. Without the roof, being exposed to the elements makes the drive a more visceral one.

Yes, that includes being subjected to random smoky diesel exhausts, the smell of manure and getting rained on. But it is also part of the fun. 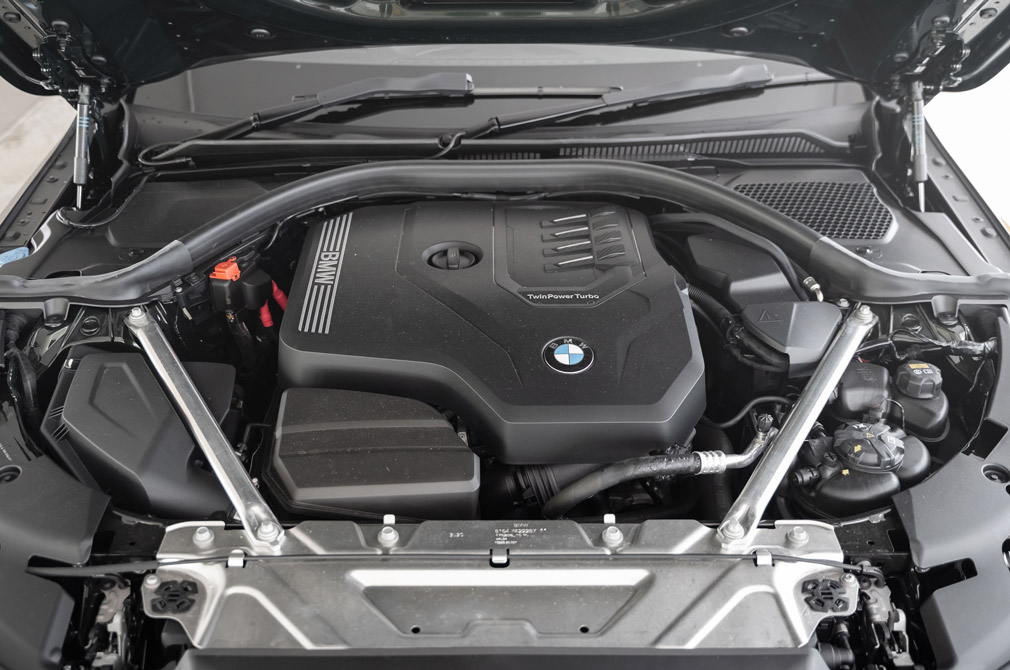 Turbocharged 2-litre inline-4 delivers 0-100km/h in 6.2 seconds. But it should not have been made to sound like a straight-6 engine.

Wet roads, however, will not affect the experience. You can drive the car after a rainstorm (as I did) and not end up being drenched by road spray. Just don’t drive behind tipper trucks and you’ll be fine.

With the top down and the engine purring, you’ll be eager to continue cruising around the island. The turbocharged 2-litre engine, which makes 258PS and 400Nm, propels the nearly 1.8-tonne convertible from zero to 100km/h in 6.2 seconds.

The wide tracks and low centre of gravity keep the 4 Series Convertible planted as you carve your way around corners, the nose eagerly anticipating the next change of direction. The brakes feel strong and assured, too.

A lot of the car’s agility is down to the model-specific bracing. This includes a shear panel connecting the front spring strut towers to the bulkhead, a reinforced transmission tunnel, and a rigid floor plate at the rear. Overall, static torsional rigidity is four percent higher than before. 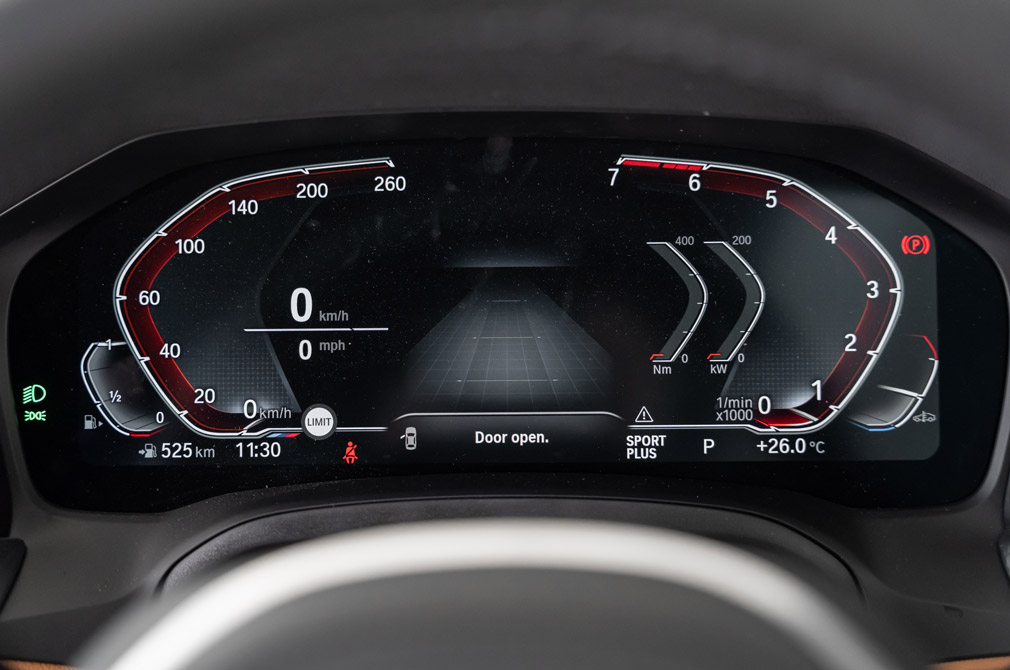 The stiffness of the platform and body results means there’s no scuttle shake or rattling of any sort.

The adaptive M suspension that is standard with the M Sport Pro specification also does wonders for the ride-handling balance.

“Adaptive” mode is the best all-round setting here, for it continually adapts the damping, steering, gearbox and accelerator responses based on the driver’s inputs.

Driving with the roof closed is just as pleasant. The new panel bow soft-top is around 40 percent lighter than the previous hard-top, and BMW says that its sound and thermal insulation properties are “way superior” compared to a regular soft-top.

Road noise is well suppressed, so the cabin is relatively quiet even in tunnels. Interestingly, the soft-top isn’t actually soft to the touch. There are stiff panels under the “soft” material, but unlike older soft-tops, no struts or braces can be felt.

If you were ushered into the 4 Series Convertible blindfolded before being driven around, you would assume this was a fixed-roof vehicle. It’s almost like having two cars in one body. 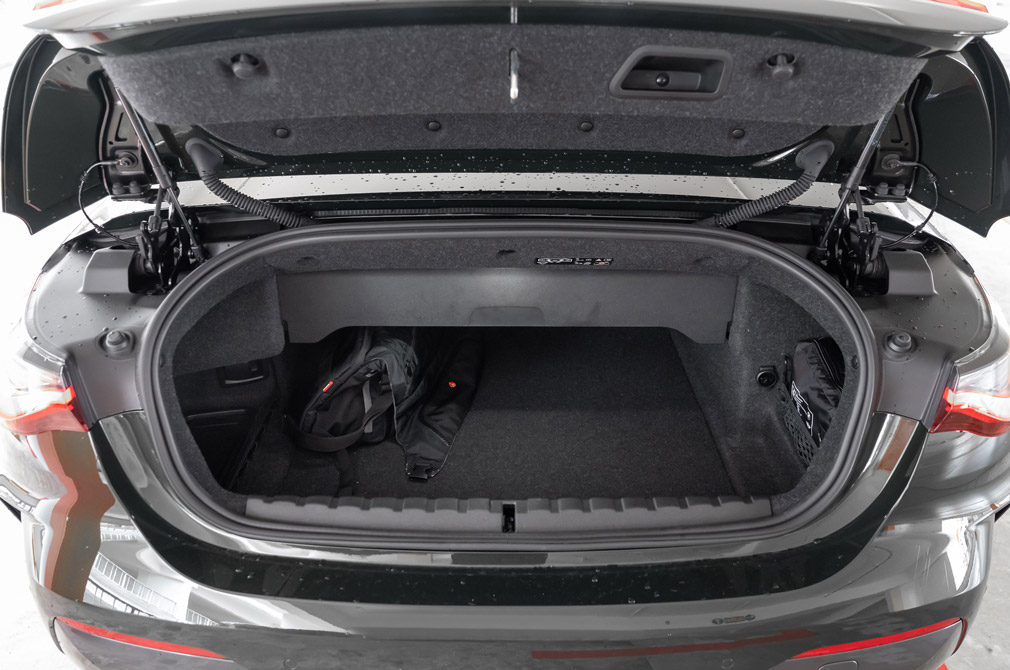 The 4 Series Convertible is well-sorted, but there are a few things that could be better.

The factory-fitted tyres, for instance, do not have the grip or performance to deal with the motor’s output, especially in wet conditions.

Call me archaic, but I also did not like the “soundtrack”. Few 4-cylinder engines sound good, but for this to be made to sound like a straight-6 was just wrong. I would have preferred it if BMW took the quieter route instead.

And if there was one element I could change, it would be the instrument panel. The shape and design of the meters just doesn’t appeal to me, and the cluster looks busy.

But I suppose one can live with these bugbears. After all, with the top down and the wind roaring in your ears, you’ll be too busy to notice them. 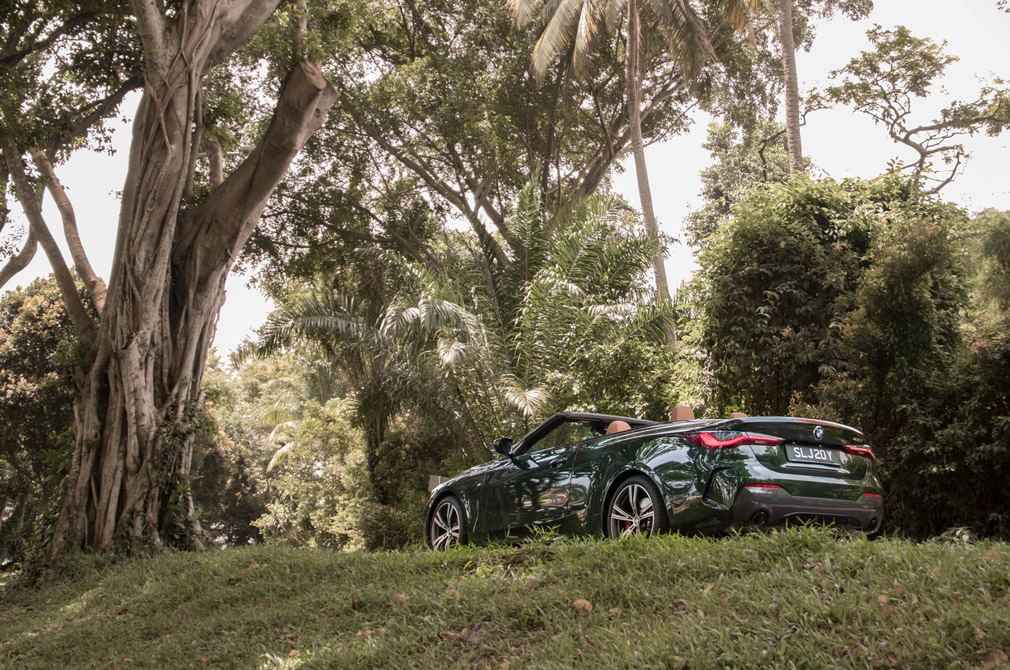