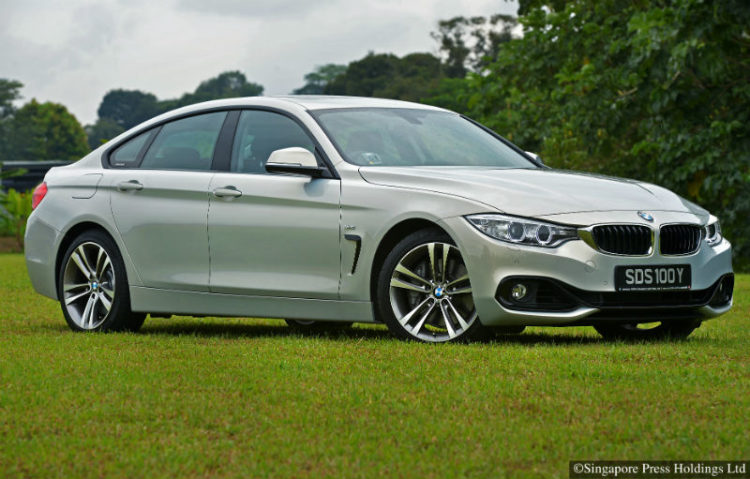 The BMW 440i Gran Coupe is a practical family car in a low-slung aerodynamic package.

There is method to the madness which seems to steer the department in charge of model nomenclature, though. With modern technology, it is no longer necessary to increase cylinder size to increase power output. So, the old naming convention no longer applies.

But you know what they say about old habits. In naming the 440i, BMW is alluding to the car’s output of 326bhp and 450Nm, which would previously have been possible only with a 4-litre engine.

Still, one wonders how long this will go on before it becomes senseless.

The 440i’s engine is fundamentally different from the 435i’s engine. It belongs to BMW’s new B-series of power plants. Displacing 19cc more than the previous N-series engine found in the 435i, it is configured to meet ever-rising standards for efficiency.

The car’s 8-speed autobox is also different, with shorter ratios in the first two cogs, and slightly taller ratios on the others. So, you get punchier take-offs and more relaxed cruising .

Evidence of the new drivetrain’s affinity for efficiency lies in the performance figures. The car shaves merely 0.1 of a second off its century sprint timing (to 5.1 seconds), with no change to its top velocity of 250km/h.

But fuel economy improves by 9.3 percent to 14.7km per litre. This is achieved by giving the driving access to 6.5 percent more peak power with 5.2 percent fewer engine revolutions. 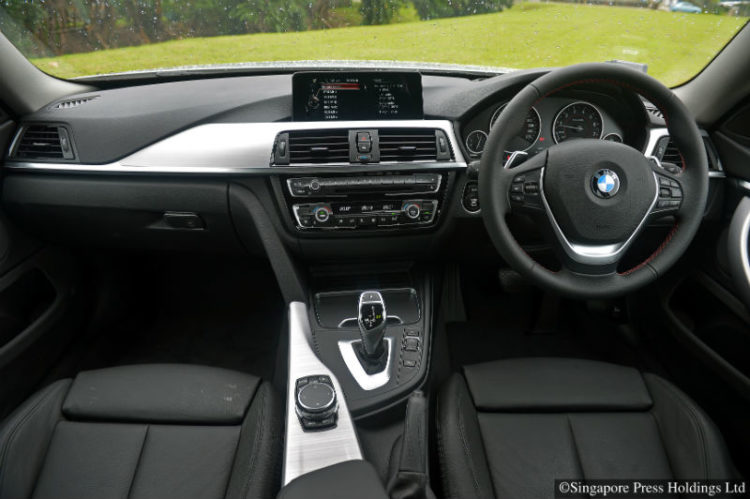 But in a place like Singapore, where low-end torque is often appreciated more, the 440i does not offer a lot more than its predecessor.

You get 12.5 percent more shove, but the peak is reached at 1380rpm – 15 percent higher than previously.

At the wheel, this apparent dichotomy between power and torque pans out as you would expect. The car does not feel sprightlier than the 435i when you are shuttling between work and home.

But when you are in the mood for play, the “four-door coupe” acquits itself exceedingly well. The car is swift and stealthy in the way it piles on serious speed.

Overtaking is blindingly quick, with acceleration that gushes relentlessly. The increased output brings to sharper focus the size of the car though. At times, you cannot help but wish it was a more compact car, so you can have more poise to go with the power.

The 440i is without a doubt competent around curves and such. It just feels it is more at home on wider, straighter roads.

But you do get a practical family car in a low-slung aerodynamic package in the Gran Coupe. The 440i comes with M Sport package, which makes the car look even sportier than the one tested here.

(Related: BMW 428i Gran Coupe review)
(Related: There’s no such thing as a “four-door coupe”)