BMW 520i is a luxury saloon that offers more for less | Torque
Loading posts...
0 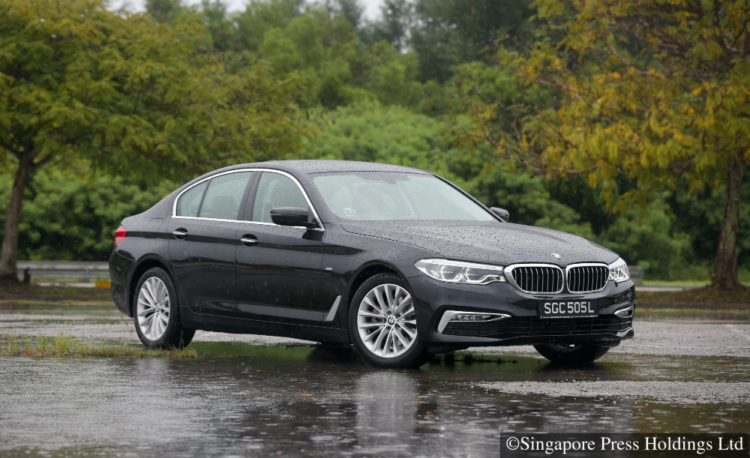 The top-of-the-line 540i M Sport has a 3-litre engine, while the 530i Luxury has a smaller but capable 2-litre powerplant.

To make the 5 Series more appealing, the entry-level bar has been lowered further. The 520i Luxury reviewed here was added to the line-up at the end of last year. It costs $16,000 less than the 530i.

Left in automatic mode, the 520i’s 8-speed gearbox shifts at a more leisurely manner compared with the Sport transmission in the 530i.

But the numbers do not tell the full story. Over a three-day test-drive, the 520i displayed all the positive qualities of the 5 Series sedan.

The lower top speed is inconsequential and the car felt faster from standstill than its official 7.8-second century sprint.

The car is as comforting and cosseting as any of the more expensive 5 Series models. 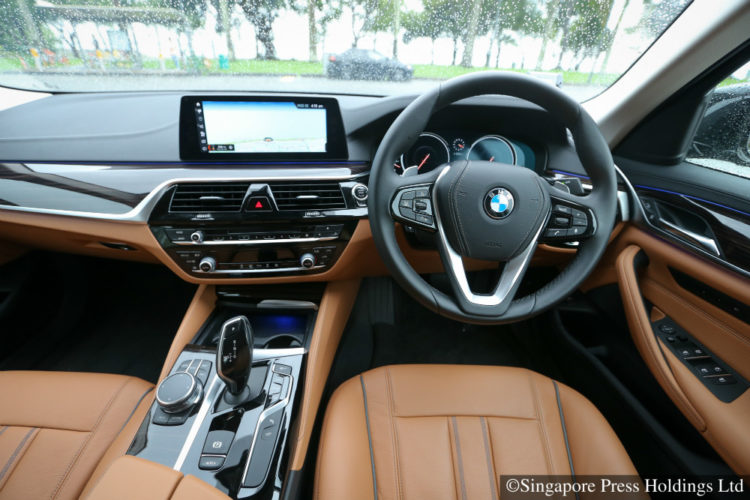 There are three drive modes – Eco Pro, Comfort and Sport. The differences between them are not major because the modes tweak the engine speeds and gear shifts, but not the suspension of the car.

While the 520i may be an entry-level car, it does not stint on its equipment level.

The inclusion of two features surprises me: a surround-view camera that gives the driver a bird’s-eye view of the car’s surroundings and soft-closing doors.

I would have thought these upmarket features would have been omitted to lower the price.

But if I were to nitpick, I would say the rear visibility of the car is poor because of the steep angle of the rear windscreen. The inner section of the boot is also too deep to reach unless the driver has a strong back to bend or arms as long as those of professional basketball players.

But my biggest issue with the 520i, or the 5 Series for the matter, is that it has become a bit too much of a business suit.

The 5 Series used to fill the sweet spot between the fun-to-drive 3 Series and towkay-appealing 7 Series. The latest 5ers have moved towards the 7 Series.

That may be what most buyers want – more luxury and more tech – but there will be those who are drawn to a 5er because it means not having to give up the fun of driving even as they mature.

In a nutshell, the 520i can be described as having a high brand appeal and good value for money. Rivals in the same price bracket do not have similar upmarket features.

And while it was enjoyable to drive (especially in Sport mode), I hesitate to describe the car as “fun”. The fun things I did with the 520i were playing with high-tech gadgets such as gesture control to change the volume of the radio or seeing my oversized fingers on the surround cameras. These have nothing to do with how the car drives.

Maybe that is the price of growing up and putting on a business suit.